Facebook Instagram Youtube Twitter Patreon Shopping-bag
Menu
You know how sometimes you get an earworm? A tune that gets stuck in your brain and plays over and over again? Is it possible to get a colorworm? Because I have been absolutely obsessed with the bright pink / orange color combination, for at least six months. I'm working on a crochet project right now. See how pretty it looks on my rosewood desk, next to the copper watering can, chrome mister, and pink bougainvillea? Like something out of a Victorian novel. (Also I love the name of that wood. Rosewood. It just sounds gorgeous. How can beech or maple compare?) 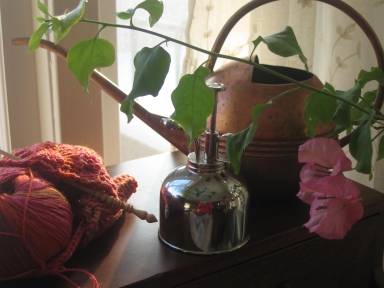 The thing is, it's not just one charming crochet -- that could be understood, forgiven. I bought all of Karina's Christmas presents in pink and orange (we generally do themes in our presents to each other.) Pink/orange is all I want to craft right now; it's taken over my brain. Like this fabric bundle I just bought (will be dishtowels, I think; Sandi Henderson Meadowsweet collection): Thank the gods I have Kavi's room to indulge myself in. I'm not much for pale pink for little girls, but bright pink/orange feels joyous and fierce, which is the sort of life I would like my daughter to have. This is a bolster cover I made a few months ago: 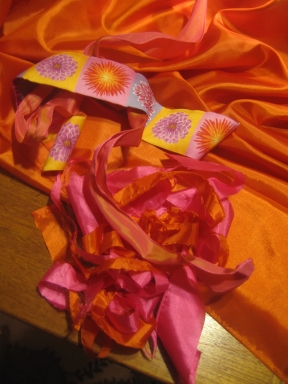 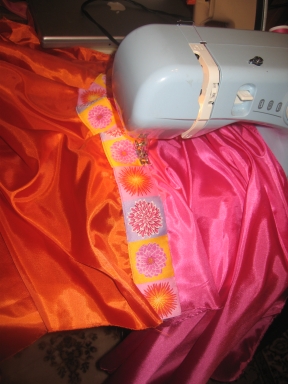 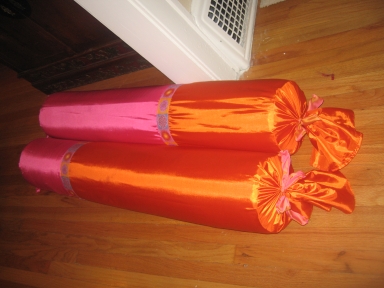 And here's the bed it ended up on (I made the bedspread too, which I did totally wrong in several incredibly frustrating ways before coming up with something workable -- I really need a basic sewing class; in March, hopefully): 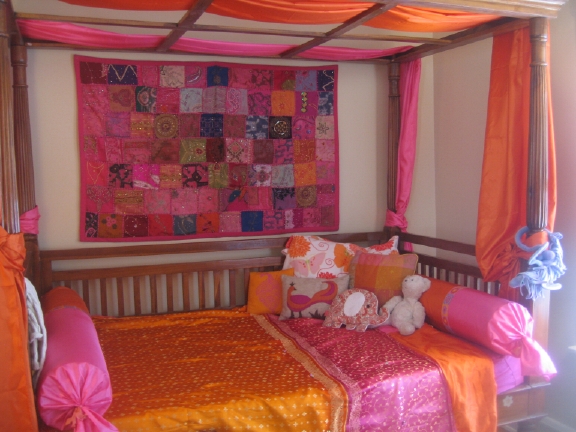 I'm going with a butterfly-peacock-elephant theme in Kavi's room; sort of a psychedelic jungle. The pink-orange was getting a little intense, so I made a pillowcase with some white in it, which I think helps tone things down. Maybe? I think I could use a little more white in the canopy too; a project for another day. Yes? No? It's not sewn at all yet -- just some lengths of fabric draped over the bed. 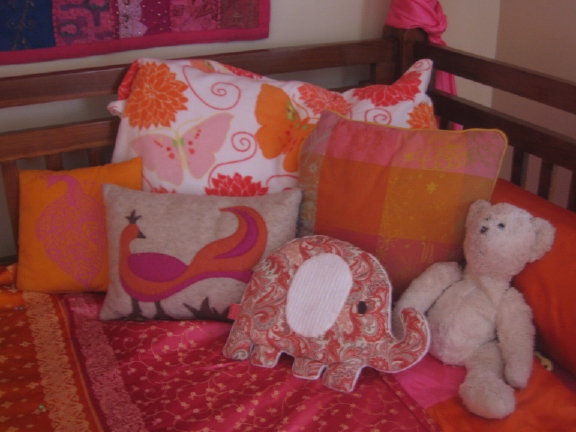 I'm so impressed by this embroidered wall hanging -- I'm just awed by how much work went into it. Kavi loves it too; she likes to stare at all the patterns and textures, and touch the squares, and decide which one is her favorite at the moment. 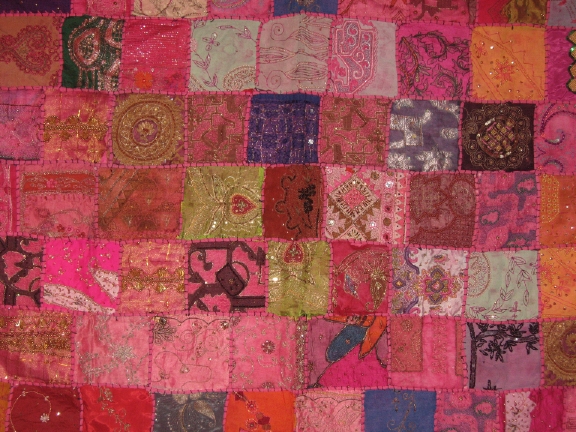 I found that piece in Canada while at a desi writing conference. Which, now that I think about it, was far more than six months ago, which means this obsession has been going on longer than I thought. Maybe I really ought to be worried. Do you think Kevin would like living in a pink-orange house?

3 thoughts on “You know how sometimes…”