One of my books, Aqua Erotica, appears to have been de-ranked. Frustrating, as it's by far my highest-selling title (over 100,000 copies sold and 4 printings in the first year) -- not that you can tell that anymore on Amazon. Being de-ranked means that such titles will no longer be aggregated into Amazon bestseller lists and the like; it really hurts the book's visibility and, thereby, sales. The search results also seem to have been affected -- when you search Mohanraj, AE doesn't show up 'til well down the second page of results -- I don't think it used to be like that. Not sure.

On another note, I have no idea what this book is, that I supposedly wrote: Frhliche Weihnacht berall -- another German edition of Bodies in Motion? Apparently a children's book translating to 'Merry Christmas Everywhere'? What??? I'd think it was an Amazon error, but searching for 'Mohanraj Frhliche Weihnacht beral' comes up with several websites supposedly selling it.

And I also found a new edition of Liebessucher, which apparently came out in March 2007 (!), with a pretty cover I hadn't seen yet: 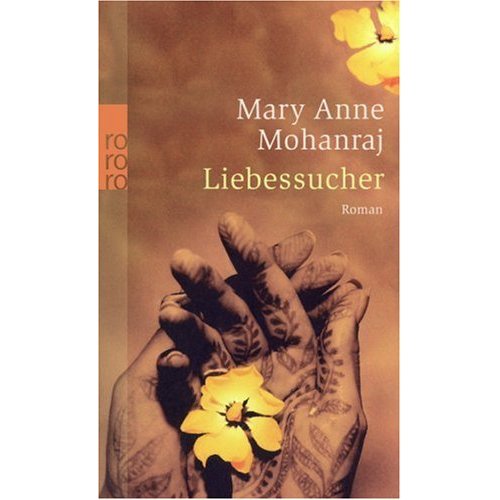 I think this means I should talk to my agent more often.