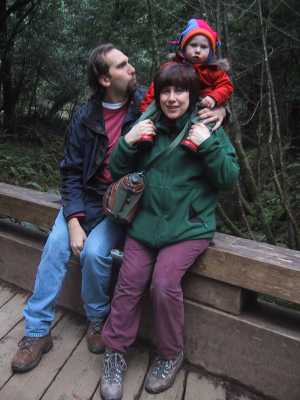 Just as we were getting ready to go, a firm knock came at the door. Firm and loud -- this was clearly someone who knew that they wanted to knock. David opened the door -- and it was Ellie! My old roommate! And a few minutes later, her husband Ian and their toddler Leo showed up! I had sent out an invite to them, but they hadn't e-mailed me back, so I'd assumed they weren't coming. But they did indeed come, and it was lovely to see them again. Leo's gotten so big! And sturdy! He runs quite fast too, especially when he's trying to run off the path so he can swiftly fall down a steep hill. Luckily, his dad is even faster.

We had a really nice time walking through the woods with them. Ellie's halfway through a second pregnancy, and we ended up spending a fair bit of time talking about parenting. Sharon's considering the concept, and I suppose I am too, although probably not as immediately. I'd like to have a kid, I think, and probably by the time I'm 35 would be good, to avoid too many health problems. That gives me five more years to make up my mind, though. (And to write a couple of books. :-) It was really interesting talking to El, though; she has a wonderful attitude to the whole thing that I don't think I can really encapsulate very well. She talked about the transition from resistance (of the baby's needs often overriding your own) to acceptance (so that sometimes when you'd like to do dishes or build something, you end up taking a bath or a nap with the baby instead). She made it sound kind of nice, actually. Hmmm... 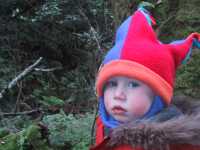 Leo's a cutie too, which helps with the whole appealing idea thing. 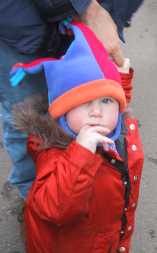 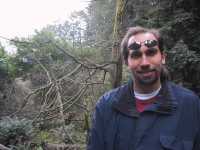 Zak did join in the conversation, but mostly, he went nuts taking pictures. 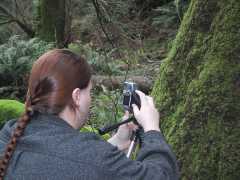 I couldn't really blame him -- it was just the sort of place where you end up taking a lot of pictures. I fell in love with the moss. I could walk in those woods for days, I think. 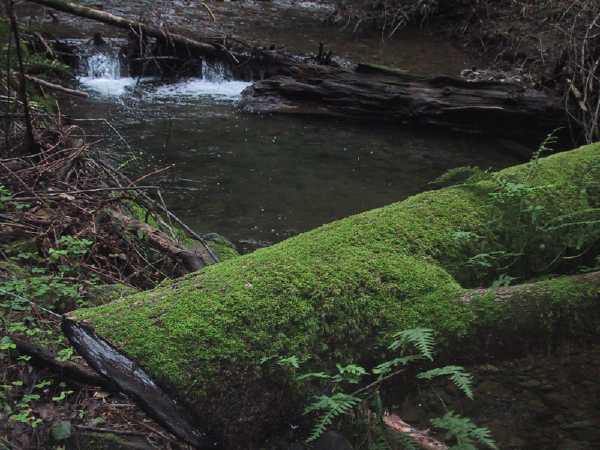