Facebook Instagram Youtube Twitter Patreon Shopping-bag
Menu
I'm totally guessing at the day and date there. It could easily be Friday, or the 28th, or both. Life is surreal when you let it be eaten up by The Sims. And my little Sims now need 10 friends for their family, which is just insane. You have to keep creating new Sims just so that they have people to be friends with. And you can't leave those new Sims in abject poverty, not if you have any heart at all. Evil game. Evil evil evil.

I did get outside for a few hours yesterday; Sharmi took me driving! Or, more specifically, I took Sharmi driving! (I.e., I actually drove the car.) It's the first I've driven since I got my license last June; I didn't do too bad. I'm still chickenshit -- I really rather resent other cars on the road. I'm fine and happy as long as it's just me and the car and the road -- I think I could drive for hours with real pleasure then. Even pedestrians and bicyclists and dogs and squirrels -- no problem. (Lots of squirrels crossed our path yesterday, Karina, but I didn't hit any of them. :-) I find that I have a great tendency to sing while I'm driving -- consider yourself warned, should you ever get into a car with me. As we drove I was composing a little ditty on the fly: "Me, Queen of the Road" -- I thought it was rather catchy, though I'm not sure my sister (and young cousin, also in the car) agreed. But pfui! to them, is what I say. The only problem with the song is how often it was interrupted by other cars, reminding me that I was not the sole queen of the road. Very sad. 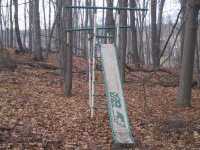 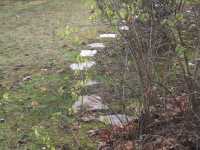 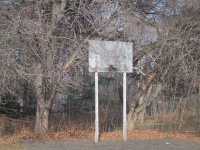 We started at my house -- really, we started with young cousin running around taking pictures of the house and surroundings. She's only twelve, and has fallen in love with my digital camera. She took over a hundred photos yesterday on our drive; I have cruelly kept only eight. She'll thank me for it later. Here are a few items from our backyard -- the slide I assembled myself, when I was about twelve. My dad helped with pouring the concrete for the legs to rest in. It's gone wildly askew over the years, and both it and the swing set (that I also assembled) should really be pulled down. The swings are so tilted at this point that if you try to swing, you bang right into the supporting posts. But what are the odds of anyone actually bothering to take them down? Very slim, my dears. So up they'll remain, a hazard to visiting youngsters. There's a lot of little home repair stuff that could be done to this house; the paving stones on one side are completely overgrown -- they're rather decorative, under those bushes (forsythia? mountain laurel? I can't remember), but not useful. If I lived here, I would cut them back mercilessly. At least the basketball hoop is still functional, along with its little rectangle of blacktop. Earlier in the year, the blacktop would have been covered with rotting crab apples, fallen from the trees behind the hoop. But now they're all gone, and we could play basketball for hours -- if we only had a functional ball... 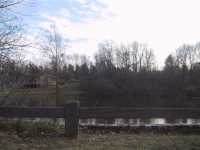 When she was done taking house pictures, we piled into the car and drove. First around the block a couple of times, just to get me used to driving again. I took the turns a bit wide at first, but soon adjusted. I remained a little jerky on my stops throughout -- practice, practice. We swung by the pond -- I don't know if it has a name; we just called it the pond. When I was growing up, you couldn't drive to it -- you tromped through the woods until you found it. The boys would go skinny-dipping, or so they claimed. I don't remember ever seeing them do it. I had a crush on one of them, but ended up fooling around with his brother instead. Oh well... Lots of pleasant memories at that pond -- we'd sit on the low fence and talk for hours. I wish I could remember what we talked about... 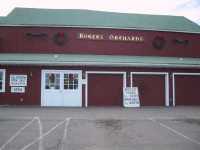 Before long, we were heading up the long drive, past the reservoir. This is a pretty big reservoir, that supplies a fair bit of the surrounding area. You used to be able to stop and park there, but they've closed those areas off, so we end up just zipping by. We were on our way to Rogers Orchards (you'd think there should be an apostrophe in there, but there isn't. I don't think). I used to beg my dad to take me there when I was a kid. They had lots of fresh apples and other fruits and vegetables -- but the real draw was the maple candy. Oh, yum. I love, I adore, maple candy. I have a weakness for any sugar candy -- rock candy, cotton candy, candy corn. But maple sugar candy is the best -- it just dissolves on the tongue, a burst of New England goodness. Sometimes, when I got older, we would walk up there. It's about a forty-five minutes walk, uphill all the way, so I felt justified in treating myself to an apple cider doughnut and a cup of hot apple cider for the walk back. 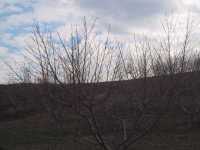 Gods, New England is beautiful to me. Even in winter, this most barren time, without even snow on the ground to soften it, I love the abundance of deciduous trees, the hidden streams of water, the clear sky with bright white clouds... I'm still not adjusted to the landscape in Salt Lake -- it has its own beauty, but I guess you just gravitate to what you grew up with. When I imagine winning the lottery and building a house somewhere, it's always in the hills -- not mountains, just gentle hills. With a thick forest full of different kinds of trees (not just evergreens), and ponds and lakes and streams, with wildflowers growing in profusion. Queen Anne's lace was my favorite, but violets too, and even dandelions. We'd lie on our backs in the yard, near the basketball court, and make wishes (for big houses, in the hills?) and blow the dandelions into a thousand fluttering white stars. Long yellow branches heavy with forsythia bending to the ground, sticky little white and pink mountain laurel blossoms thick on the bushes. Purple and white lilacs blooming outside my bedroom window, and pink dogwood trees spreading gloriously. Climbing wild roses wreathed around a low redwood fence. That's beauty, that is.

But it's winter now, so I can't show you pictures of that. Instead, you can gaze upon us. :-) 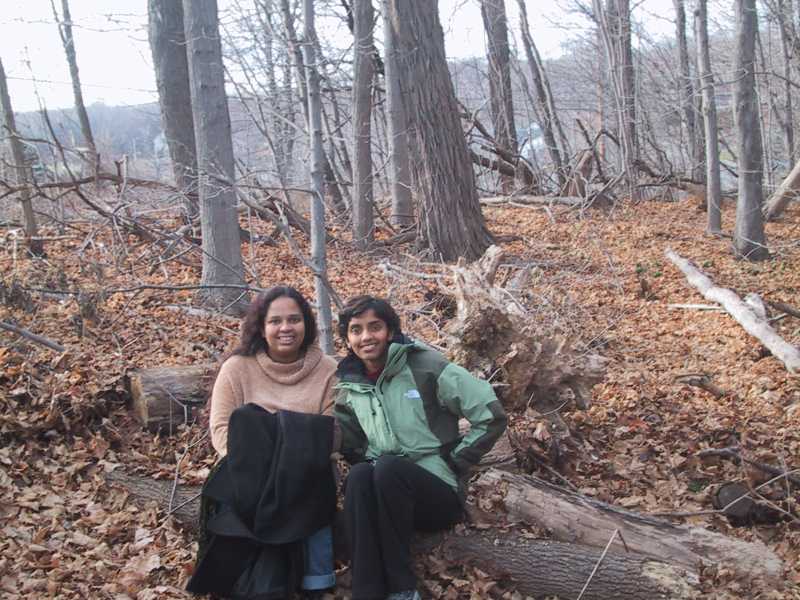