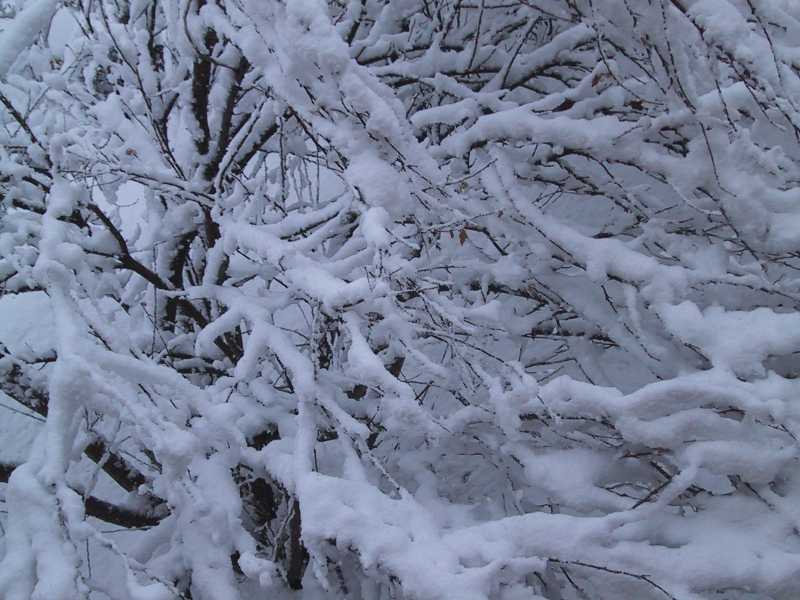 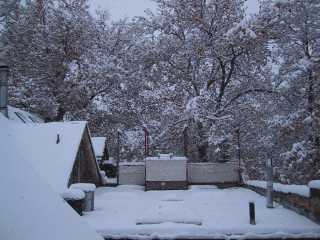 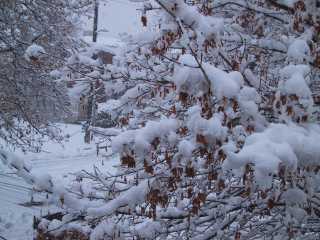 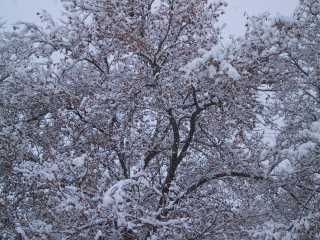 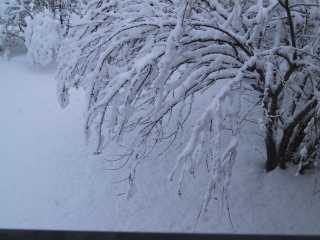 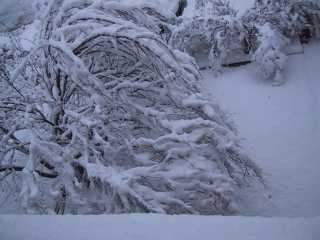 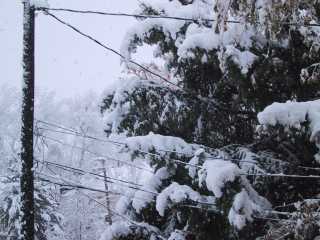 A good day for staying inside, drinking hot tea and cocoa and soup. It reminds me of growing up in New England; there were so many winter days like this. When I was little, I had a several-block walk to the nearest bus stop (along with other kids who lived in my apartment building), and it was impossible to keep myself dry and warm. I don't think my mom really understood the concept of snow pants; I don't remember ever owning any. You have to understand how much she hated the winter back then -- she had only been in the US a few years; she didn't know how to drive; she just retreated to the house for the winter and basically didn't come out. My dad picked up groceries and such. The only time she left was when we were going to a kids' birthday party at another Sri Lankan's house -- that happened about once a month, and was an opportunity for the adults to socialize. She must have been very lonely until her sisters moved here, years later. I can't really imagine.

In any case, I was always somewhat underdressed for trudging through the snow. Navy blue pants tucked into perhaps knee-high black boots? Often I'd be walking through snow that came up to my thighs, so first my pants would get wet, and then, worse, the snow would creep down my boots, to settle and melt into icy puddles at my toes. Usually when the bus arrived, we'd all jump on and then take off our boots, to try to dry off our toes and give them a chance to warm up. They'd be stinging with the cold; I'm a little surprised that no one ever seemed to get frosbite.

It's funny -- when I got to Chicago, it was much much colder -- but it was easier to keep relatively warm, because it was so much drier than New England. Little snow. As long as you got out of the killer wind, you were okay. Days like today were beautiful in Connecticut, but you couldn't quite enjoy it because you knew that soon you'd have to go to school in it -- or at the least, go shovel out the driveway. Luckily, my landlord shovels my path now. Not that I plan to go outside today. Not at all, not even a little bit.

I did open my window for a few minutes and stick my head out and let snow fall in my hair. :-)

It'll be nice to stay inside today; yesterday there was a fair bit of running around. I took some hardcovers I didn't want to Sam Weller and traded them in for a pile of paperbacks I did want. Satisfying, sort of like getting free books. I found an old Phyllis Ann Karr that I hadn't heard of before; that was probably the most exciting. Lots of other nice texts, though. Bradbury and Hobb and Duane and Hambly and Jacques and McKinley and Morrow and Russ. I should have no trouble avoiding my crit. reading for the next month.

Then I picked up some bookmaking supplies (first stopping at Borders for a slice of pumpkin cheesecake, yum!) and came home. In the evening, I made books while watching Ally; they were having a viewer's choice marathon. Mildly amusing. Sometimes that show really irritates me; sometimes I think it's funny. 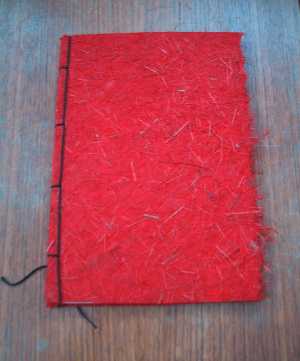 I made a book with Japanese binding techniques; a little glue, but mostly held together with sewn silk embroidery thread. The binding was surprisingly easy, but I made a big mistake with the book -- I tried watercolor paper for the inside, and that's just way too stiff for this kind of binding. I can barely open the book to a 45 degree angle; no good for writing in, and not really much good for anything else. I sort of feel like I should take it apart and do something else with the paper, but I think I'll keep it with my orange book, as an object lesson in what not to do. In case I forget.

I had more success with the Western-style book I made; a red silk cover, black silk binding, and sketching paper pages (which feel nice, a little rough). Pretty much exactly as I wanted, though I wish I'd been more careful with the glue; some places where I had excess glue stained a tiny bit. I'd like to make a couple more books today; it's fun and very satisfying, since it feels like I'm making something so substantial -- a book! But instead, I'm going to do some work, really I am. At least for a while. Light some candles, read some theory. Not a bad plan, eh? 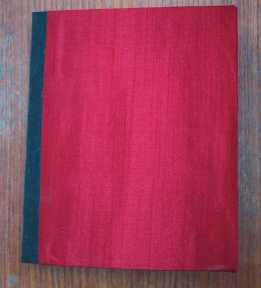