I was so sad that I never got around to planting my dahlia tubers this past spring, and I was really worried that if I just kept them in their boxes and bags for a whole year, they would dry out and be really sad next spring.

So I thought, what the heck, I’ll try starting them under grow lights, and let them go for a while there this autumn, and then I’ll cut them back in November (when they’d normally be blackened by frost), and then clean and store them per usual, then start them again in the same pots next March, hopefully with a little extra plumpness to the tubers from a few months of growing, to be potted out in the garden at the end of May.

I think my theory is sound, because after just a week, look how lovely and cheery the green shoots are! Which is actually making me wonder if it’s a terrible idea to just keep them alive all winter indoors, skipping the cutting back phase. I could move them into lower light in November, so they slow down growth, but treat them as house plants, essentially.

Do they need a dormant phase? In the south warmer zones, do dahlias just go year round? What about gladioli?

I suspect I need some advice from actual dahlia growers, the people who propagate for the nursery trade. Not sure how to find them! 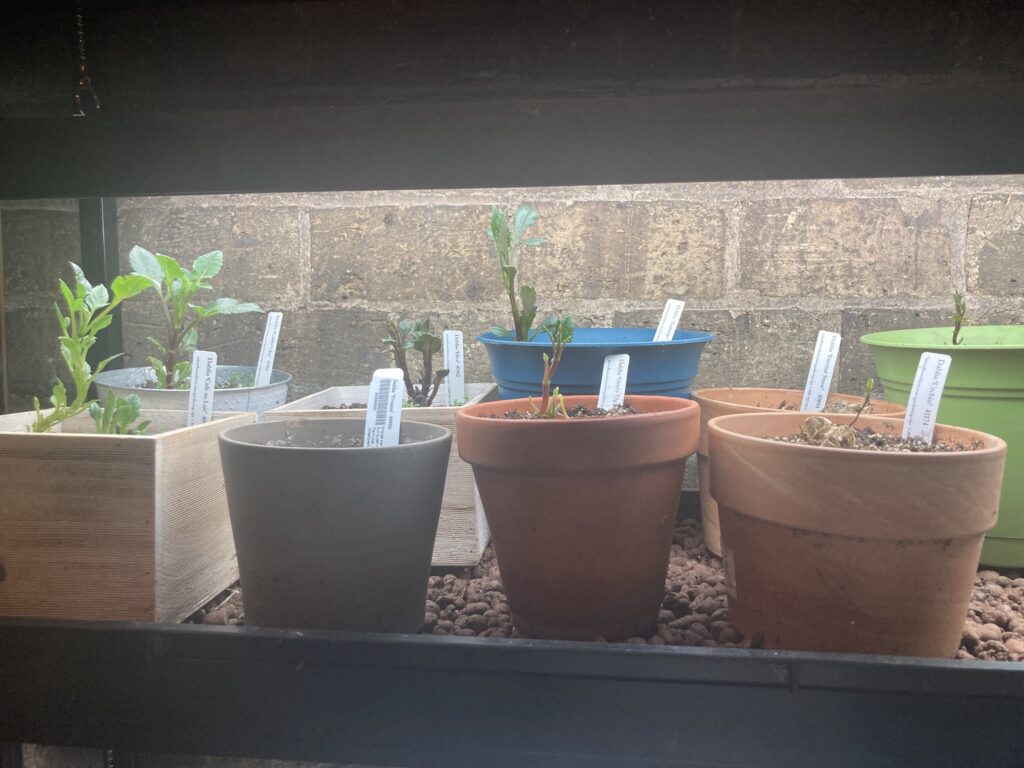