Have started the big basement organization; it’s going to take me until the start of the semester, at least, because it’s just such a big project. Will post photos as things get finished. But here’s some not too scary pics of the ceiling painting, which we did to hopefully keep quite as much dust from falling down there.

I was a little sad to lose the dark wood of the beams, but the dust was making me crazy. Hopefully the encapsulation will help. I waffled for a while about the paint color — I know a lot of people like a white ceiling, but it just didn’t feel right for the vibe I wanted down there, esp. with the wood posts and brick walls.

I also thought about black, which would recede and maybe make the space look bigger. But ended up with grey — specifically Benjamin Moore’s “Whale Gray,” which amusingly goes nicely with the walls of “Ocean Blue” and floors of “Moss Green.” 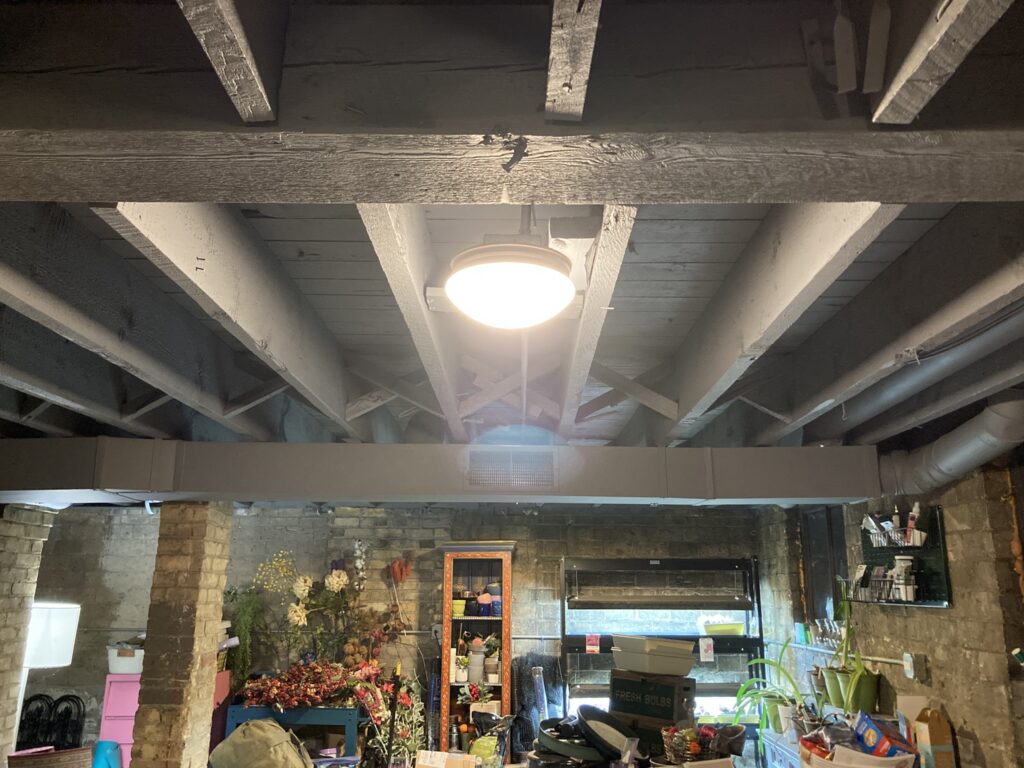 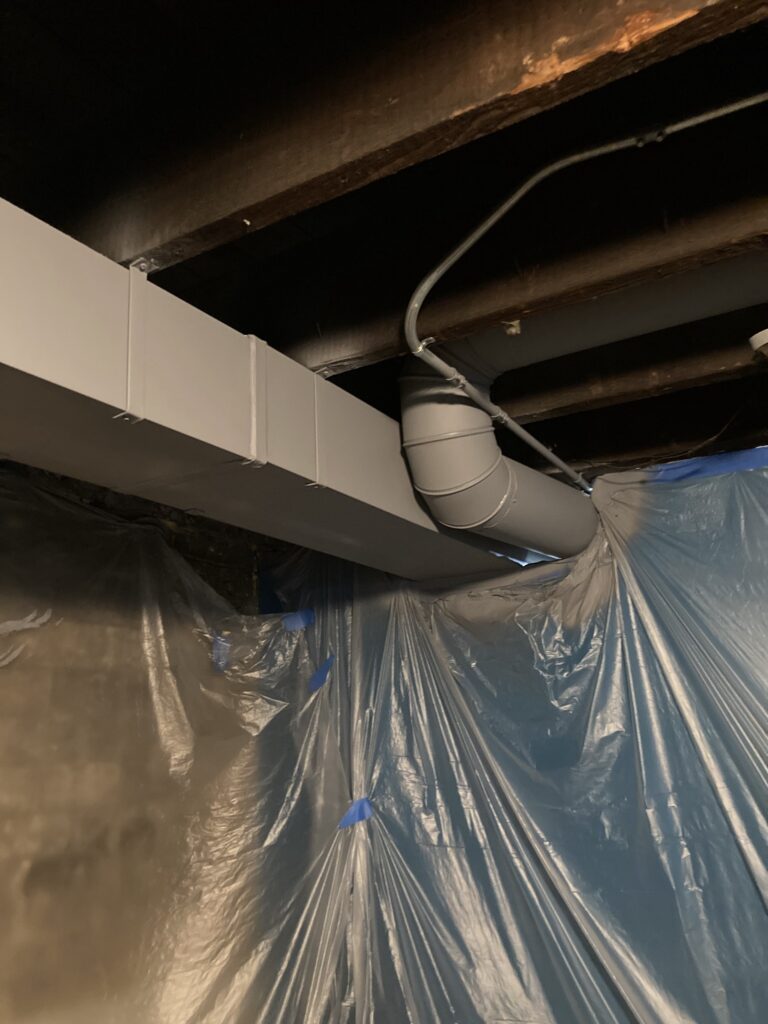 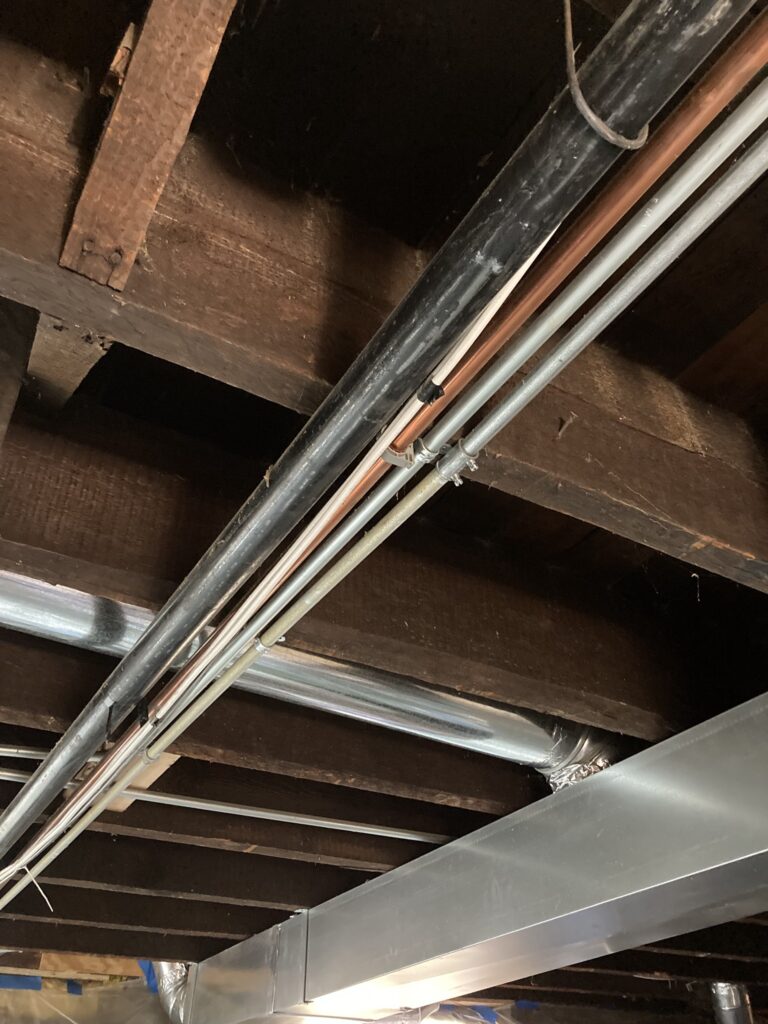 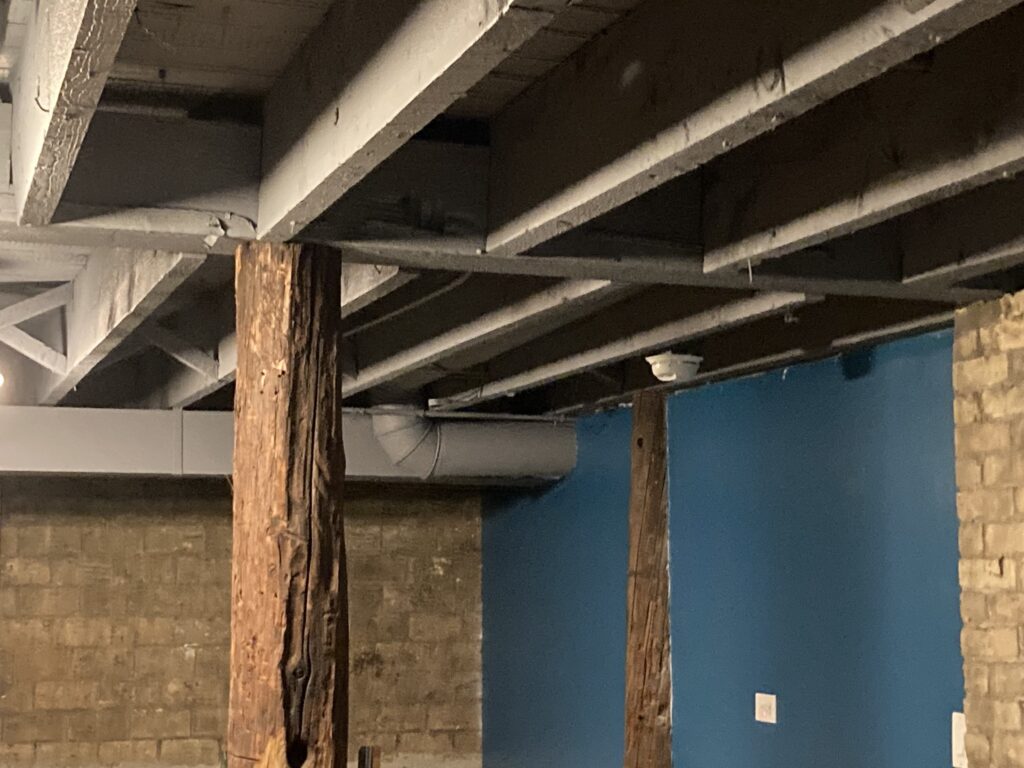