I hit a wall on computer work, so I took an hour break to draw instead. The Spoonflower challenge this week is cryptozoology — fantastical creatures, which you know is my jam, so I couldn’t skip this challenge. I waffled for quite a while about what to draw, but ended up with makara, a South Asian sea dragon / water monster.

They’re carved on buildings, made into knife sheaths, and more, and are considered guardians of gateways and thresholds, protecting throne rooms as well as entryways to temples. They’re also insignia of the love god Kamadeva.

“It is generally depicted as half terrestrial animal in the frontal part (stag, deer, or elephant) and half aquatic animal in the hind part (usually of a fish, a seal, or a snake, though sometimes a peacock or even a floral tail is depicted).” (Wikipedia)

But regardless, I think they’re cool. Sea dragons for the win. 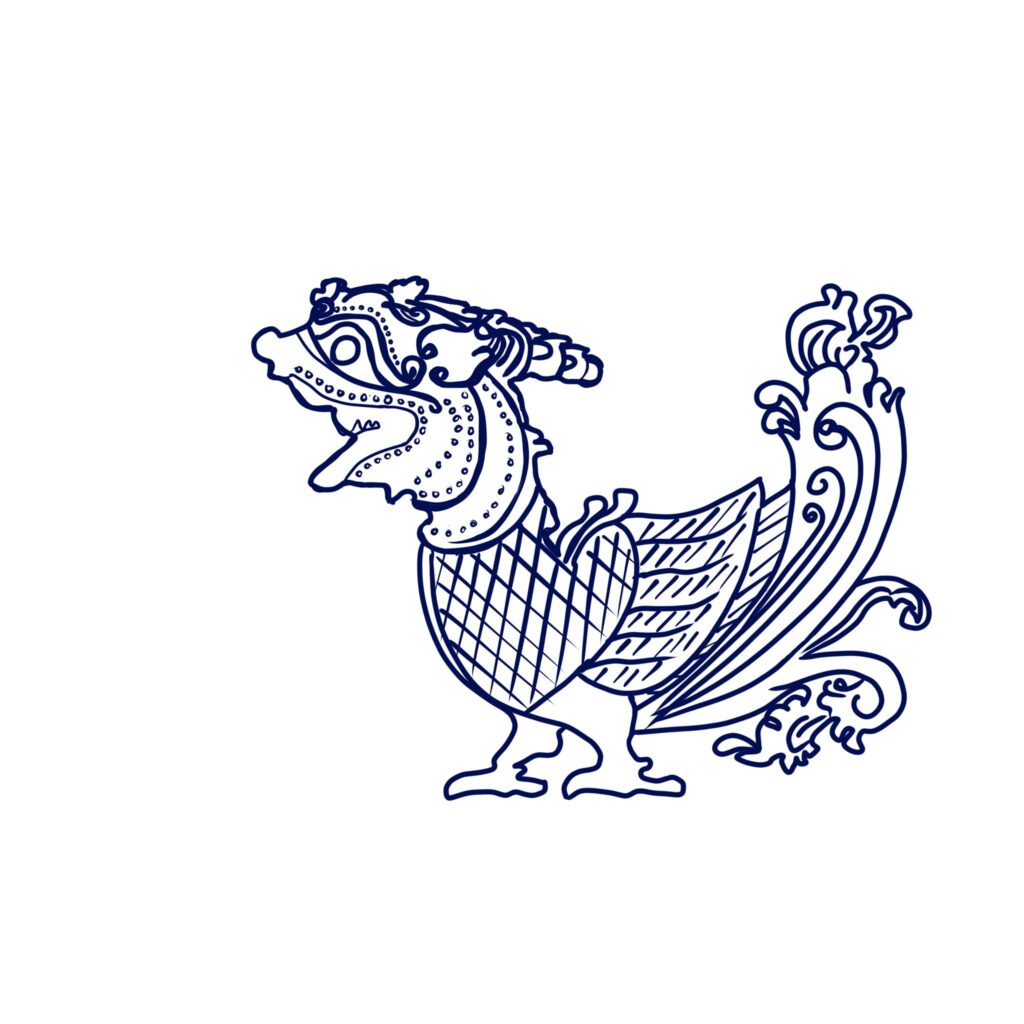