In general, I’m trying to resist the urge to do a ton of garden work right now, because as we know, it’s best to leave the leaf litter and mulch undisturbed until nighttime temps are consistently above 50F, since there are a lot of pollinators overwintering in there. Polinators surviving now = more flowers later.

But I admit, it’s a little bit of a struggle for me, because I get so stir-crazy over the winter, and getting out into the garden and doing a little work is incredibly therapeutic for me. This year in particular, I feel like I have to balance my mental health with the health of the little bugs and butterflies. If I can’t get on a plane and fly off to Hawaii, I can at least go putter in my garden.

And actually, there’s a fair bit you can do reasonably safely — I have lots of perennials that can be cut down, for example. (Okay, I suppose there might be some pollinators hiding in the Russian sage stalks, but I don’t actually think so?)

I decided to work on my parkway strip too, which I can’t call the hellstrip anymore, now that it’s getting so pretty. I have to think that flowers in the parkway are good for everyone’s mental health, after this long winter.

There were reticulated irises blooming (“Eye Catcher”) that were being smothered by leaf mulch, so I pulled out my gardening gloves and used my fingers to clear the mulch away, so passers-by would have a better chance of noticing and appreciating them.

This is also the right time to move snowdrops, which means you have to be able to see the snowdrops, so I’ve been clearing away leaf mulch around those too. It’s easiest to transplant them “in the green,” as they say, so where I have crowded clumps of snowdrops that have multiple in the last year, I dig them up, replant some there, and move the others to new spots. In ten years, there will be SO MANY snowdrops in my garden. I hope the next owners of this house are gardeners. (They’d better be. Maybe I’ll have to put that in the contract.)

I set up a little fairy montage yesterday too — a house (that has sat out there all winter), but with snowdrops newly planted around. I’m going to move some species crocuses over there later today, I think — I have a big clump further back in the garden, but none in the parkway. This is a lack that must be amended.

If I can entice a passing child to stop and ooh and ah at the fairy house and flowers, my work here will be done.

(And maybe I’ll plant some more swamp milkweed in atonement. See, I can do nice things for the pollinators too….) 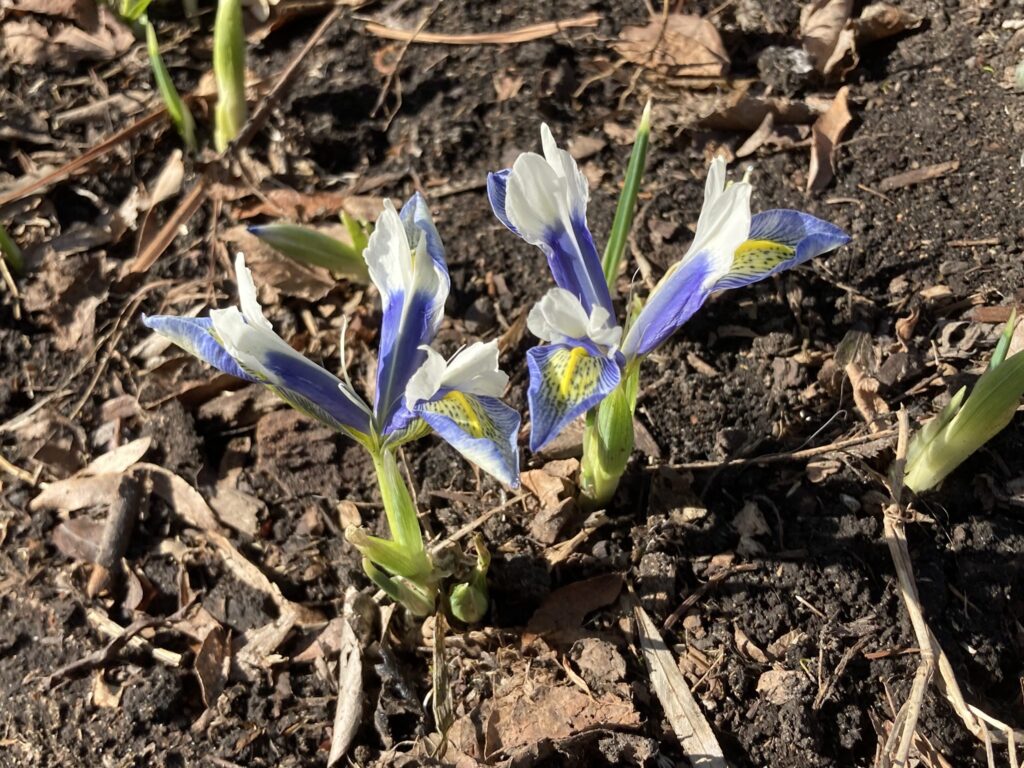