We’re having a clean-the-house weekend, because it’s a four-day weekend for the kids, so I’ve decided they can manage 2-3 hours of chores per day, and still have sufficient homework time (for Kavi) + goofing off time. I have been somewhat tolerant of a high level of mess for several months now, see also pandemic, but it is really GETTING TO ME, people, so this is what Mommy gets for Valentine’s weekend.

The kids are not accustomed to quite this much choring (adulthood is going to be a rude awakening), and so were unsurprisingly a little grumpy, but I had sneakily planned a surprise — what was supposed to be a Christmas present, but due to circumstances, didn’t get opened then, became a Valentine’s present. Klask is a tabletop game that’s sort of like air hockey, but played with magnets, which is nice because you don’t have to plug it in anywhere — if they continue to like it, I can see us taking it on road trips and such.

Nice to see grins on their faces, even after Mommy was a horrible taskmaster with the chores. 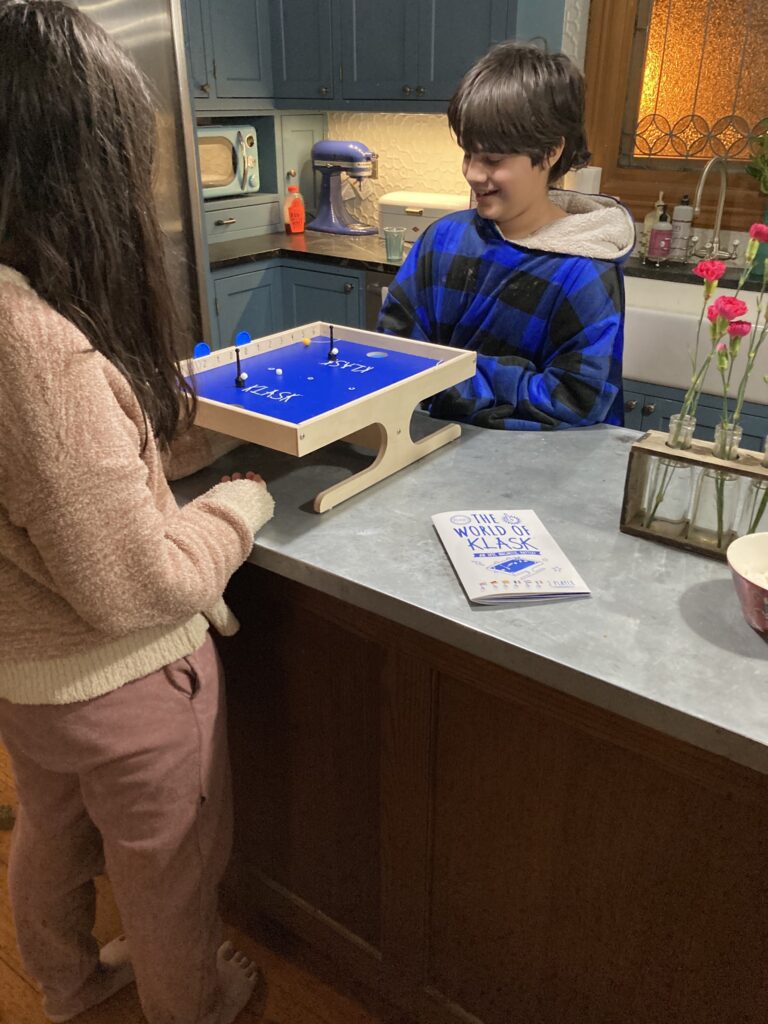