I really ought to start some seeds, but haven’t made it down to the basement yet. It’s a little bit of a sequence, because we have a sink down there which would make it much easier to do seed starting, but it’s leaking, so I should get a plumber out, so then there’s calling and scheduling the plumber, and I haven’t done that yet, so instead I’m just carrying watering cans up and down the stairs, and that’s a disincentive, etc. and so on. But I’ll get to it.

In the meantime, I took 30 minutes today to tend these houseplants while chatting with a friend on the phone. I was super-busy with work last week, so forgot to water, and they’d gotten a little parched — the jasmine in particular tends to start going crispy at the drop of a hat. So there was a lot of brushing off crumbling dry leaves, sigh.

Also a fair bit of tying up vines to trellises — more winding around supports than tying up — I should’ve taken a before picture, because it was quite chaotic and wild before. I trimmed some longer branches from the tree-form jasmine to the left, because I want to keep it to a relatively compact shape, and a couple of plants had some kind of white buggy infestation, so I trimmed that off too.

And then it was just rotating them so the other side got more sun, so they’d grow a bit more evenly — I probably do that every few months? When I think of it? And another dose of water. They’re looking much better, but you’ll have to take my word for it, because I forgot the before picture! A few more months until I can take all these tropicals outside to the sunny back deck again… 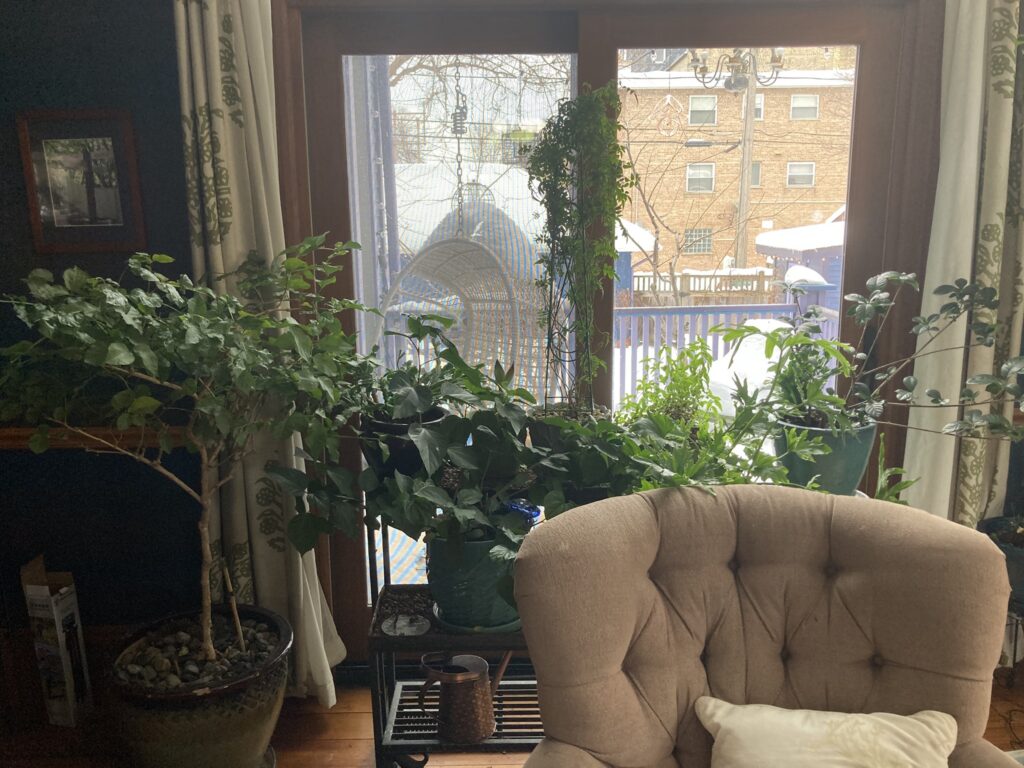