I started with the reference photo (see previous post), and used that as a model for drawing the ox, or rather, bullock, as they’re commonly referred to in Sri Lanka. I’ve ridden in bullock carts while visiting, and they’re common throughout the country. (I have some recollection that maybe they’re not allowed on main streets in Colombo anymore, because they wear ruts in the roads that cause problems for cars and tuk-tuks? But not positive.)

When I was happy with the shape of the ox (the main thing I’m working on with drawing is trying to draw strong, confident lines — digital is great for this, as I can draw the same line a dozen times, easily erasing any I’m not happy with, until I get one that flows well), I colored it in solidly.

That took a little longer than expected, because the ‘fill’ wasn’t working — I eventually realized I hadn’t had the saturation up to full when I was drawing the outline, so there were pixels spaces in the lines, and so it kept filling the whole page. I re-traced my outline with the saturation turned all the way up, and then was able to fill, no problem.

Then I drew in the cart — another thing drawing digitally makes easier is doing actual circles, straight lines, etc. On Procreate, you draw the circle, but if you hold your stylus (or finger) there for a second at the end, instead of lifting it off the page, it automatically regularizes it into a perfect circle for you, and you can immediately drag it to make it bigger or smaller — and once you’ve gotten the size right, you can move the circle around as well, of course. Decided which bits of the cart to fill, then sketched in the thatched roof, which was super-fun, and now I want to draw lots of thatched roofs, I see a village in my drawing future.

I was running out of time a bit, so then the question was how to take my little bullock cart and make something that actually looked like a pattern design. I grabbed some elements I drew a few weeks ago, for the Mayura Raksha damask pattern.

Since the bullock cart was solid I wanted to make at least some of the damask elements solid too — but I ran into the same problem, that I’d drawn them without the saturation turned all the way up, so I had to re-outline all the ones I wanted to fill. I could have just colored them in by hand, which I tried doing previously, which gives a nice painterly effect if you look closely, but it’s very time consuming. It was faster to re-outline, fill, copy the motif, cut the others in the pattern, flip horizontally and/or vertically as needed, and paste the motifs in — that also keeps it looking more regular and professional. But I didn’t have time to do as much as I’d like — I’ll probably go back in and fill in more of these..

I didn’t have time to make a real seamless repeat out of it either (that can be a little persnickety), but if you have a block motif, you can upload that to Spoonflower, and then have Spoonflower make a repeat for you — a simple half-drop in this case worked reasonably well, though it has a little more white space (blue space) between the motifs than I think is ideal. No time to tweak, though!

So this is what I entered in the contest, after an hour’s work. I’m hoping to have time this week to work on it some more, try to actually get it to where I want it to be, then do some different color options.

And I’d still like to use this in a toile pattern too, with a bunch of other bullock carts, maybe some houses, etc. — but time may not permit. We’ll see! 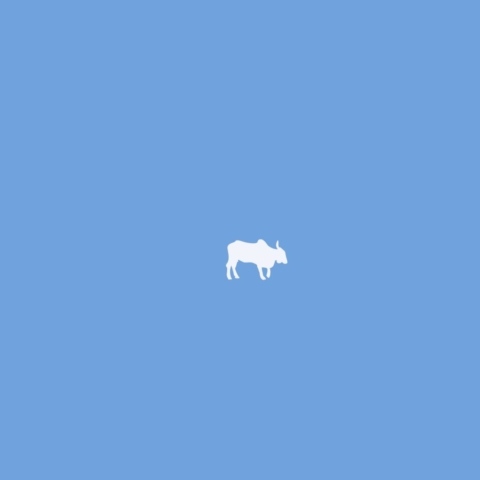 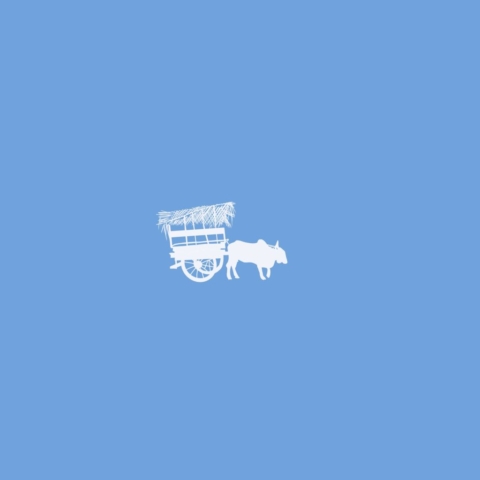 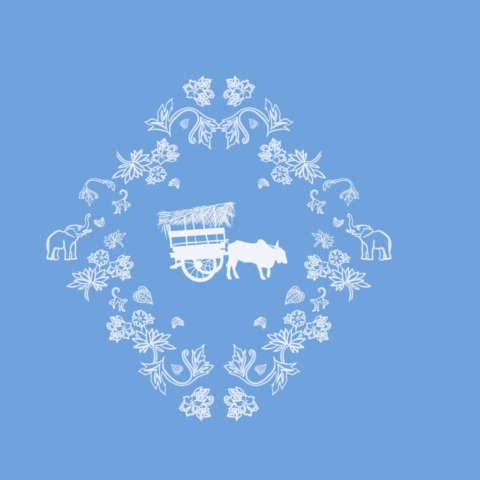 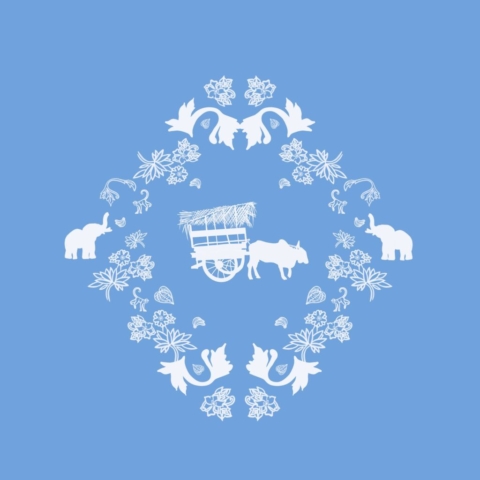 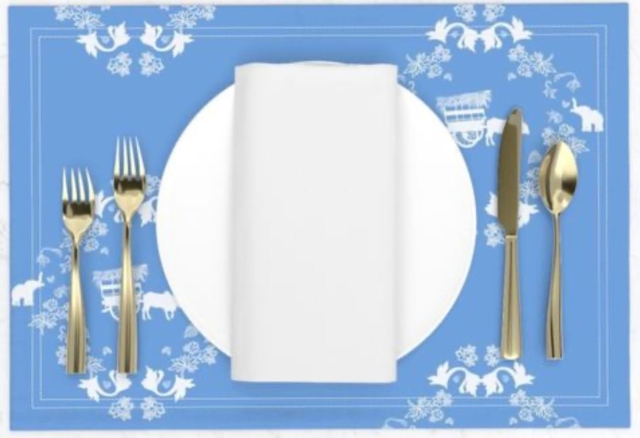