We did a little apple tasting today, just for fun. The green ones were unlabeled, so not sure what they were, but not a great eating apple. The reddish ones were crisp and sweet.

The yellow ones were new to me, Opal apples, and while I don’t think they’re what I’d want every day, they were really interesting for a change — sort of…floral? I don’t know how to describe it, but some complexity of flavor that was interesting. Sweet and pretty crisp, though not quite as crisp as the red ones. A cross of Topaz and Golden Delicious — I’m pretty sure I like them better than Golden Delicious, though it’s been a while since I had one, so I’d need a side-by-side to know for sure. 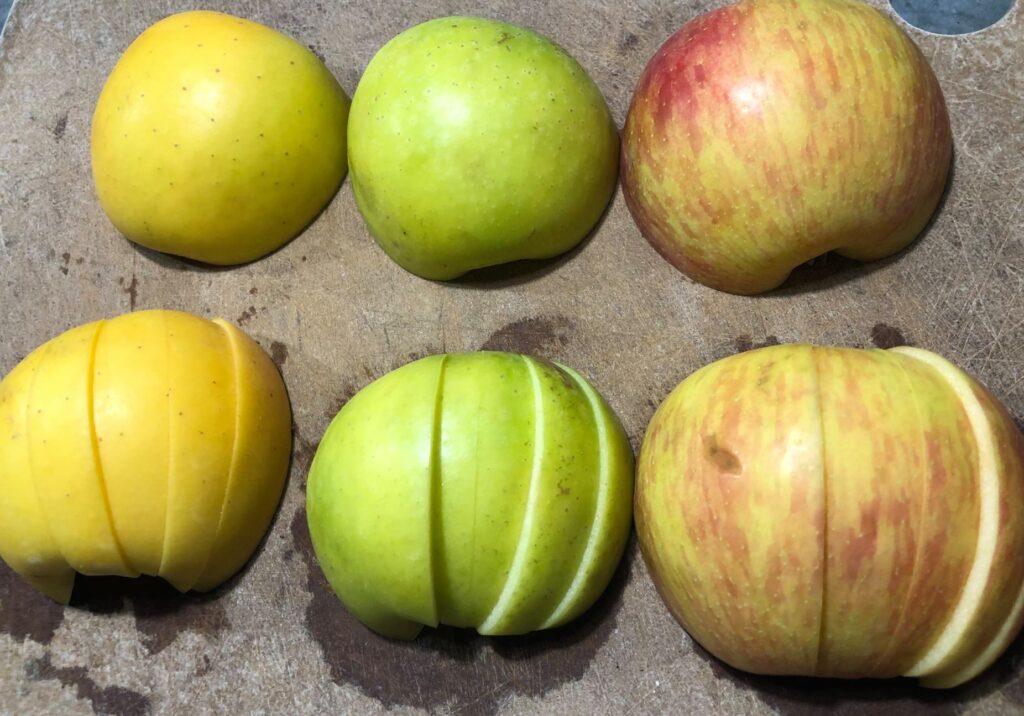