Co-hosted a roundtable talking about race and gender and and sexuality and appropriation and authenticity in the fiber world at a fiber convention and I think we did reasonably okay with it. I mean, the chat was going by too fast for me to read while also talking to my co-hosts (Franklin Habit and Nacinimod of the House of Nassat), so maybe people in the audience were furious, but hopefully not! Sometimes these conversations can be fraught.

My make-up was not quite as exciting as last night’s, but I did wear a FABULOUS woven shawl that I found in Dublin at WorldCon last year (thank you, Jed), and the Fiberworld folks were appropriately appreciative of its gorgeousness. 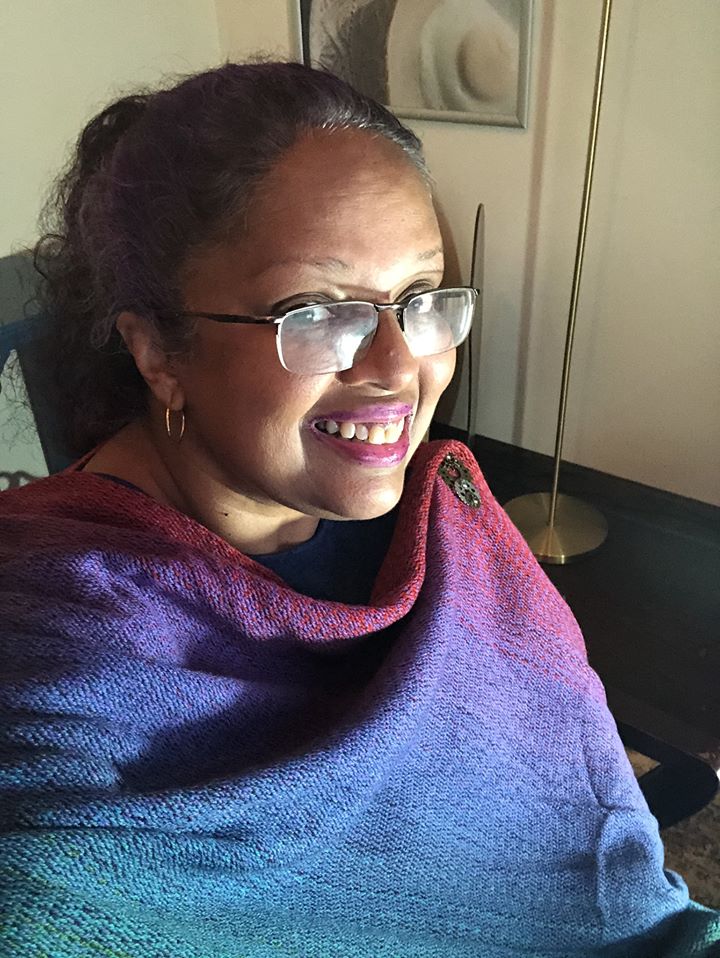