I feel like I’ve been running a little (or a lot) frantic since shelter-in-place started, but now that the pressure for mask-sewing has eased, and we’re not even super-short of elastic anymore, I decided I could spare a little time this morning to sew something for fun. I had bought this stretch fabric on Spoonflower years and years ago, thinking I’d make a suit for Kavi, but never got around to it.

Luckily, I have a niece in New York who could use a pink unicorn swimsuit, it turned out (apparently the pink unicorn phase is inescapable…) I was a little nervous because it’s been a long time since I tried to construct a garment (years?) and I’ve never tried a swimsuit, but what the heck.

i poked around online, found a basic unitard pattern on Etsy for less than $3, downloaded and printed it. So far, so good. But then the instructions said after taping the pages together, you should trace the pattern onto tracing paper, and not cut out the pattern directly from the paper? I do not having tracing paper, so I went ahead and just cut out the pattern from the paper. I’m not sure why you wouldn’t want to do that? Is it an economy thing of some kind, because tracing paper would be cheaper? Or tracing paper takes up less room when folded up and stored? I’m curious. But paper did seem to work fine.

Next step, pinning it to the fabric, careful to put the fold line where intended. VERY satisfying to discover that both pieces of the suit fit neatly along the fold line — I think I only used a fifth of the fabric. Not that I have any more use for it, particularly, but I’m hoping someone local might want to make a pink unicorn swimsuit, and I can pass the fabric along? Holler, if that’s you.

I got to use my sleek new black ASSASSIN shears to cut out the fabric, and that was very satisfying. Then I almost made a big mistake — I was somehow thinking that I should hem the neck and arm and leg holes first, and I started pinning it that way, but that is wrong! Luckily, I checked the directions, which reminded me that the next step is to attach the pieces together.

That would have been quick and easy, but I immediately jammed up my machine by sewing too close to the edge and grabbing some of the fabric. Oops. Stretchy swimsuit fabric turns out to be harder to work free than cotton; it had gotten all bunched up, and it took opening up the machine and some careful, slow snipping, before I managed to work it free. But soon all was well, and I didn’t even get too frustrated this time; I’ve started to take it as just a part of sewing that sometimes you need to deal with jams (I feel like I’ve leveled up in sewing maturity). It helped that I wasn’t in a rush today (rule 1: never sew in a hurry if you can avoid it).

ANYWAY, I managed to sew the pieces together, carefully NOT sewing the holes closed. (In sewing oh, 7-8 garments over the last decade, I’ve managed to forget and sew the neck hole closed at least twice, which is a really poor ratio). Yay, me.

Then came the tricky bit — folding in the elastic with a doubled over hem, and sewing it in. I tried to pin it, I did, and all my sewing practice with cotton in the past has taught me that if you pin and iron it, the sewing part of this is much easier. But I have to say, not this time!

I pinned both arm holes and leg holes, cursing a bit as I went, especially where the fabric became narrow, and it was really not easy getting enough fabric tucked around the elastic. By the time I got to the neck opening, I decided to try not pinning, and it was SEW much easier. (See what I did there?) I just folded it over a little at a time as I went — it wasn’t fast, but it didn’t keep undoing itself, so definitely less frustrating.

It is not a perfect garment — don’t look at the seams too closely, please, thangachi. But even though I forgot to use the zigzag stitch you’re supposed to use for sewing stretch fabrics if you don’t have a serger, I tested the openings, and they really seem to stretch just fine. I didn’t bother to line it, because it’s not as if a child this young needs the extra coverage, and I think that should be fine. So fingers crossed, it survives for at least three months of splashing — by the end of that, she’ll likely have outgrown it anyway.

I hope you love it, Savreen! I only pricked my finger three times, and I managed not to actually bleed on the fabric in the process, so that’s good. 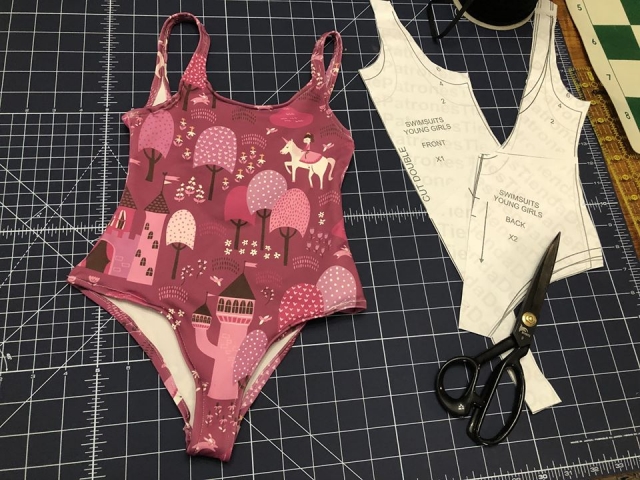 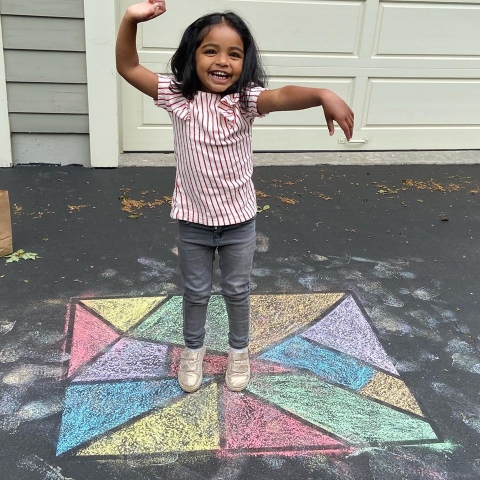 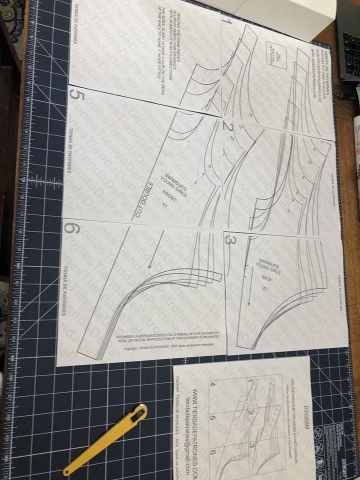 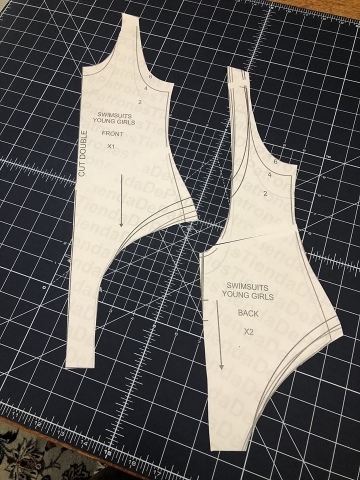 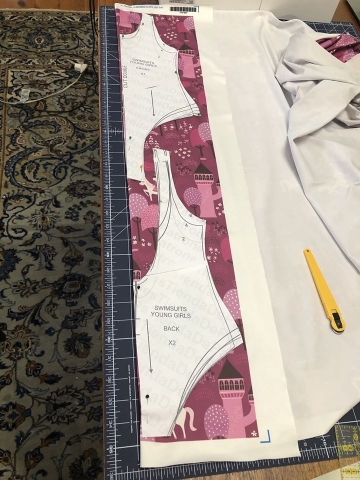 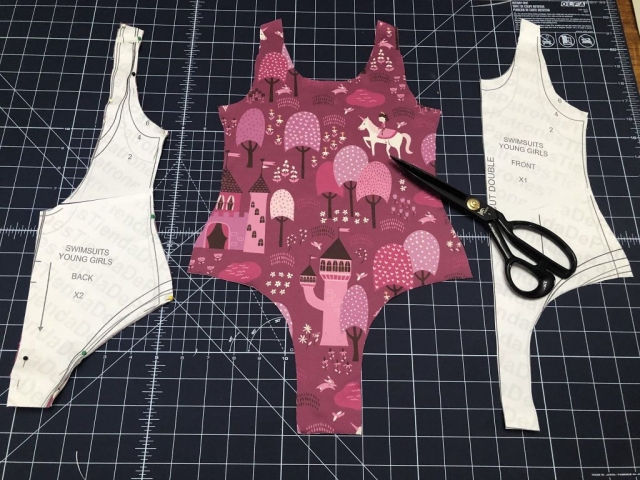 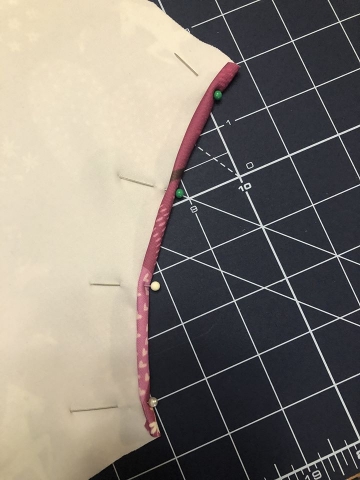 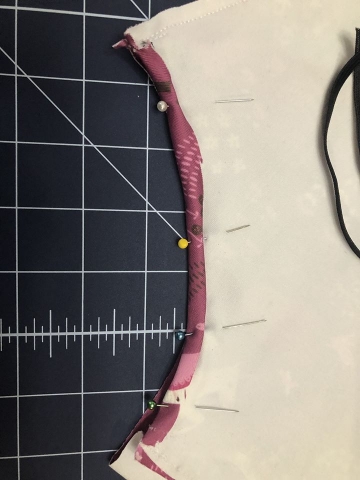