I have to say, I think Anand is learning more at home being unschooled than he was in school, and is much happier.

Which isn’t to say that he isn’t missing some things that could use more disciplined teaching, and I’m hoping Kevin and I will have more time to do that this summer after the semester’s done and grades are in. Math has kind of fallen by the wayside, for example, and his handwriting is still terrible. 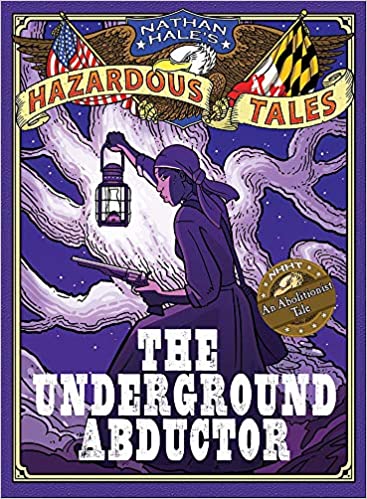 But Anand is really into history, and he’s spending a lot of his time just reading history comic books (Nathan Hale is a HUGE hit with him) and watching history videos. Periodically he’ll come in like he just did to declare to me, “Harriet Tubman was AMAZING.” Yes, yes she was. Nice to see you’ve moved on from World War I military trivia. “It doesn’t seem real, everything she did.” I know, baby.

I think we may need to seriously consider unschooling him next year too, though, for his last year of elementary school, and hope to reintegrate him into the system in sixth grade, starting middle school. And of course, it’ll be easier to hold back the spread if fewer kids are actually in school….

….But it’s complicated, because I also don’t want the schools to lose money from the state if a bunch of kids aren’t in the system for a year. I don’t know that advocating for parents to keep their kids home if they have the option is the best idea either? Let us not dismantle the public school system!

And I imagine that it’d be mostly wealthier parents who have the option to keep kids home and will take advantage of it. If the schools lose their tax dollars, everyone who is more marginalized will suffer with cuts to teachers, etc.

But on the other hand, it’s not as if the schools would stop collecting property taxes if kids were out — maybe it would actually ease the burden on overcrowded classrooms? And/or help make it possible for at-risk teachers to teach remotely?

All very unclear to me. But Anand is happier and learning more at home. Sigh.

Kavi misses school a lot, though, and will be eager to go back. She’s generally keeping up with her e-learning, but she’s much happier in the classroom with her friends. I think she’s a little prone to depression and anxiety, and this is not helping.

She’s doing fine, but we’re keeping an eye on her, just in case, making sure she gets exercise and out in the sunshine; left to herself, she’d just spend all day lying in her bed. (She does sometimes really get into her art though, and spend hours on doing something like drawing a very realistic eye. That’s cool.)