This is a project I’ve wanted to do for years now, that I’ve finally gotten to. We live on what’s normally a pretty busy street — we’re on the path to the train, and our block has several apartment buildings and condos, along with a few single family houses. So there are usually lots and lots of people walking past all the time. That’s slowed down a bit now, but still, plenty of people out walking, and sometimes I think they must get tired and want a bit of a sit down.

I tried putting this stump in last year, and while you can sit down on it in a pinch, I think it’s not as inviting as what I was hoping for. So this year, I finally ordered a relatively inexpensive metal bench (around $90), assembled it, and today, at the end of a long work day, with half an hour to spare before my writing workshop met this evening, I was able to find the time to put it out (which mostly took time because I had to dig up and move some plants that were in the way).

I don’t love the bricks that I’ve placed in front, but I wanted something stable for people to step on, esp. so they wouldn’t worry about crushing plants — when I have time, I’m hoping to do some kind of mosaic pavers to go there instead. It’ll do for now, though. I also divided a purple hellebore from elsewhere in the garden and put half of it here, and I hope neighbors take advantage of the invitation to sit down for a bit, smell the roses (placed right across the sidewalk), and just enjoy the garden. 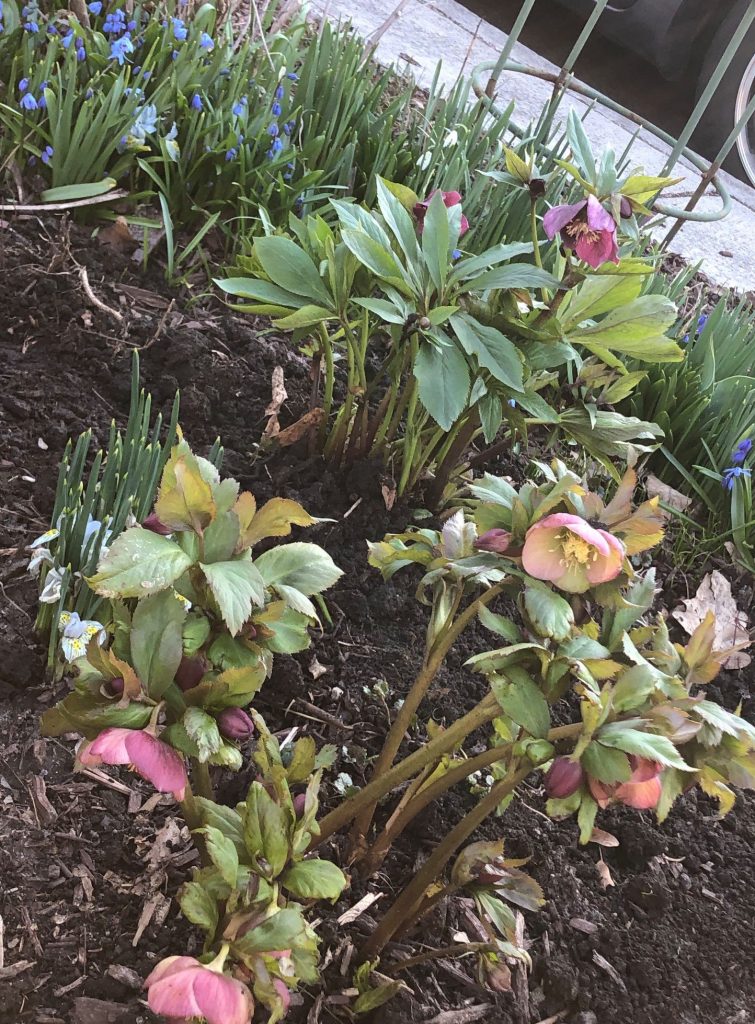 It looks a little bare behind it right now, but we’re still in the early spring garden — soon, various taller things will grow up behind it. Should be nice. 🙂 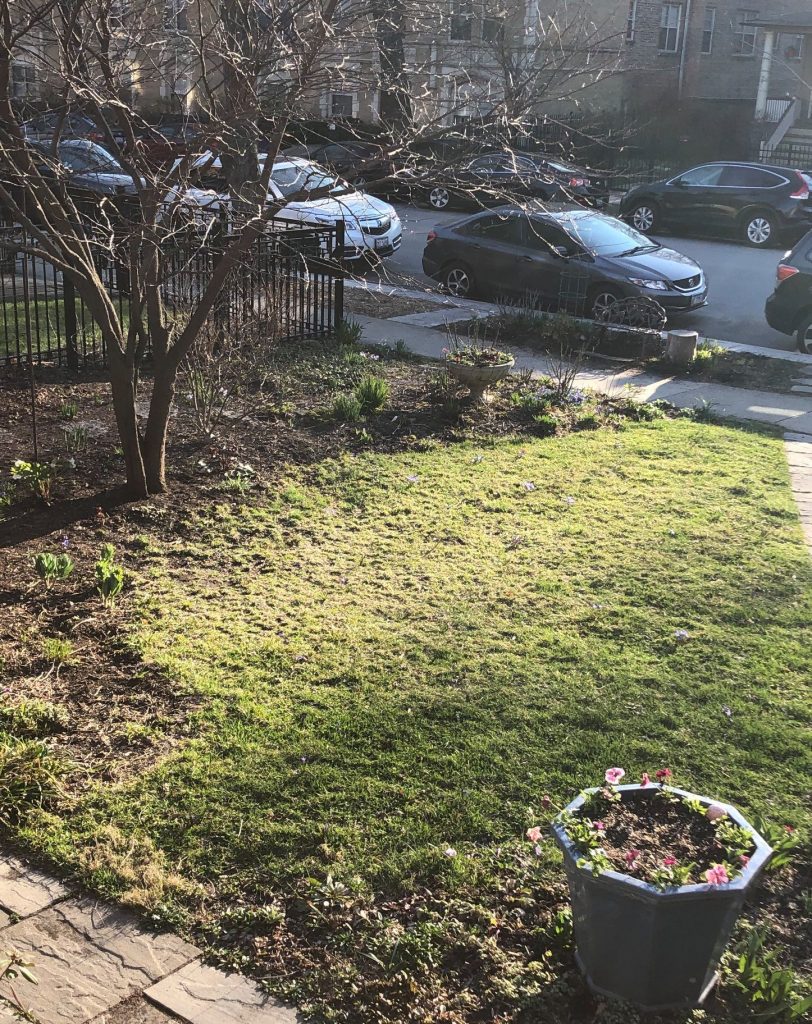