Have you been to a campaign meet-and-greet? I never had before 2016, but they turn out to be:

a) fun
b) a great way to meet and get a sense of candidates
c) a good way to get to know your politically-minded neighbors
d) a great place to grouse about current politics
e) a chance to meet other local politicians (State Senator Daniel Biss, State Senator Don Harmon, and incoming Cook County tax assessor Fritz Kaegi were there), and
f) a good use of your Democratic dollars.

Fundraisers range wildly in how much they ask for. Some might be nothing up front — give if you’re impressed by the candidate and feel so moved. Some have set ticket prices, usually in a range. This one started at $25, which isn’t too bad for a couple hours of wine and delicious appetizers (I contributed six bottles of wine, Sri Lankan ribbon sandwiches, and passionfruit cakelets and marshmallows; other local co-hosts contributed the rest of the food and wine).

This particular fundraiser was hosted by my friend Carollina Song, in her gorgeous Frank Lloyd Wright home, for Kara Eastman. (Carollina gave tours of the house as part of the event — wow!)

Kara has local connections, which is why she was fundraising here, but she’s running for Congress in Nebraska, where, as Daniel Biss pointed out in his intro, our dollars go a LOT further in terms of the cost of a media buy. If you’re only able to donate to one race, you might consider this one as one where you can really make a difference.

I knew nothing about Kara going in, but she spoke very well, and I loved her policy positions. She’s competitive in that race, so please do consider donating. Link in the comments! 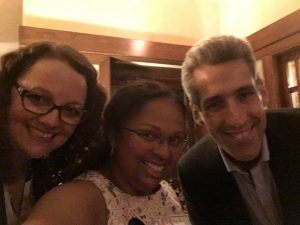 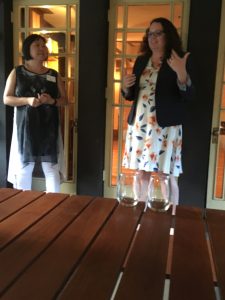 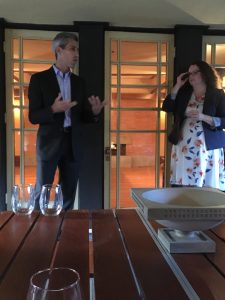 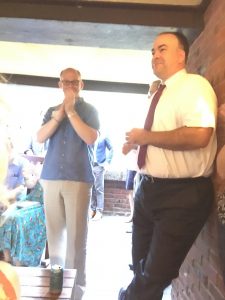 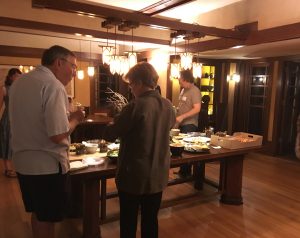