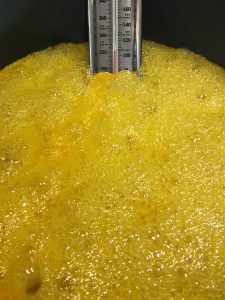 I took a basic caramel recipe, swapped out the water for mango & passionfruit pulp, and then realized that that wasn’t thick enough, so I just went ahead and added the water back in. So now I *really* have no idea whether this will set into caramels or not. I may end up with a sticky messy that is impossible to cut. I may end up with toffee instead. It’s going to be hours before I have any idea.

I am feeling my way through candy-making, and I have to remind myself that my early attempts to modify my mom’s marshmallow recipe were equally confusing, and now, at least, I have that down. It’d be nice to get a solid desi-inflected caramel recipe down — we’ll see. 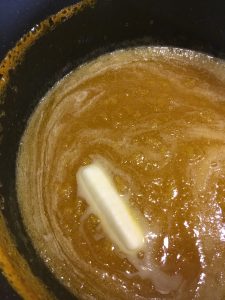 Ah well. I suppose this means it’s time to go and write for a while? Or sort clothes? Something.  I suppose if it doesn’t set, I’ll have mango-passionfruit caramel sauce, which is not a tragedy. 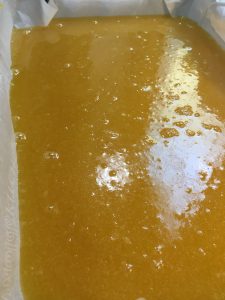