Facebook Instagram Youtube Twitter Patreon Shopping-bag
Menu
Paint colors. Everyone has an opinion on paint colors, right? Here's the situation. We've added the new windows to the kids' playroom, which is a converted third-floor attic, full of steeply slanted rooflines. There are two bench-type areas (which actually conceal ductwork), and some short walls (less than 3 ft' high). They badly need to be painted -- if you could see up close, you'd see that Kavya, age 4-5, has scribbled over them extensively. Anand is not nearly as much a scribbler, so I think it's relatively safe to repaint them now.

The plan is to leave the slanted walls off-white (they're painted in Benjamin Moore's Linen White) for now -- despite my temptation to paint them a deep blue and stud them with gold or silver stars, I think that would make the space feel claustrophobic.

So for just the lower third of the room, basically, what color would you suggest? Choosing ideally from Benjamin Moore's Historic palette, because we used their Great Barrington Green in Anand's room and it looks awesome -- really suits the off-white ceiling and dark wood floors and the general 1885 Victorian feel of the house.

I had originally been thinking a green (Kavya suggested moss green), esp. since this is a third-floor room and outside the window the view is basically treetops, but note the green IKEA sofa -- I tried putting up one of the cushions against Anand's walls, and it basically disappeared into them. Not ideal, I think.

So now I'm maybe leaning towards a slate blue, to evoke the sky, which is also up there? (We used Buckland Blue for our kitchen cabinets, and while I love it, I'd rather not repeat. Maybe Phillipsburg Blue?) Don't worry about clashing with the deep blue rug -- that can be moved elsewhere if necessary. And I suppose if we really wanted green walls, we could get a new cover for the Ektorp sofa. So it's all flexible

Anand suggested yellow, of course. I did once paint an accent wall a deep gold, and I even liked it, but I think I probably would get tired of that here. Don't want to make the playroom a place I avoid

(First two pics are daytime, last three are at night, with lights on.) 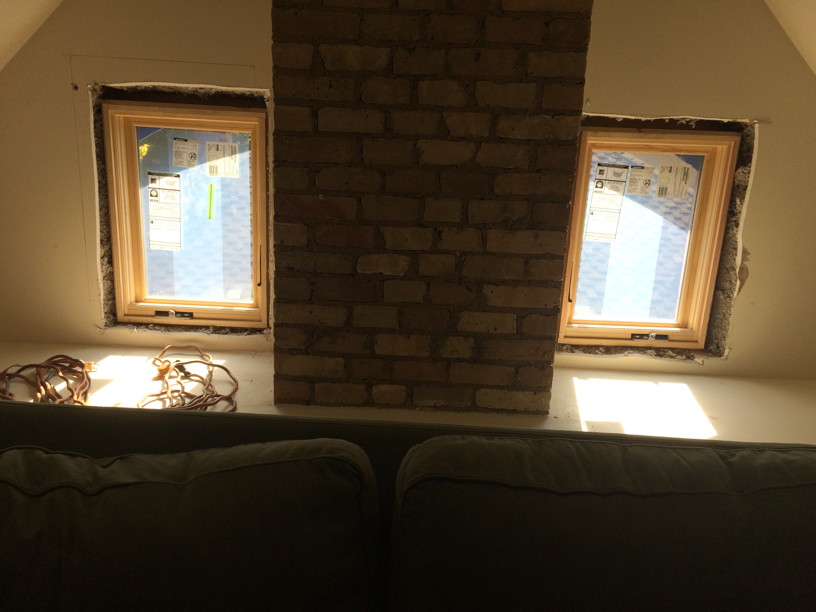 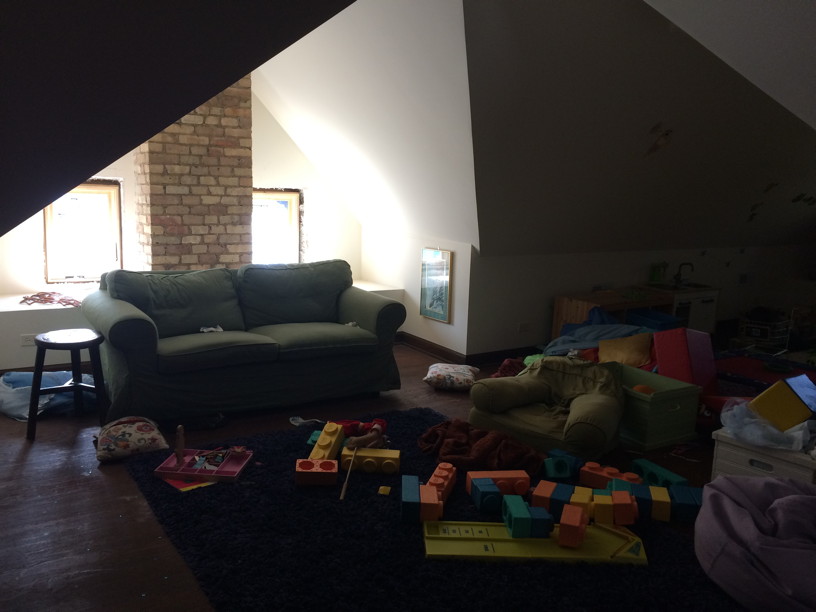 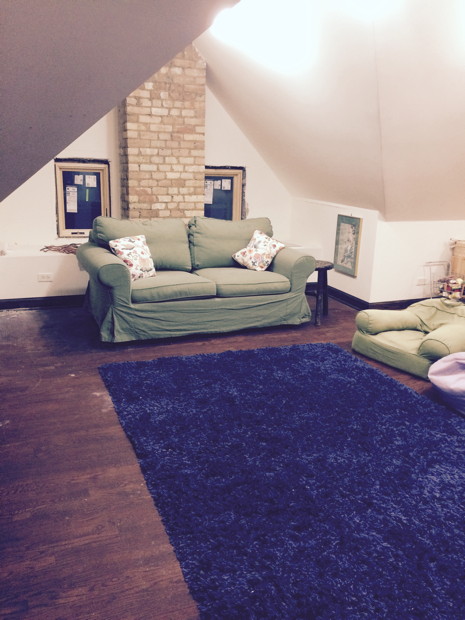 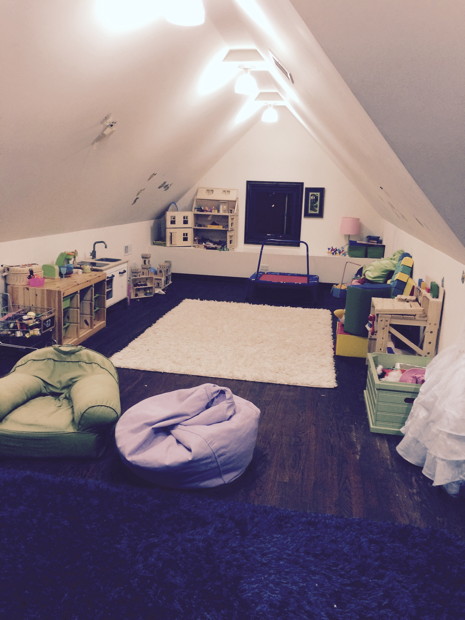 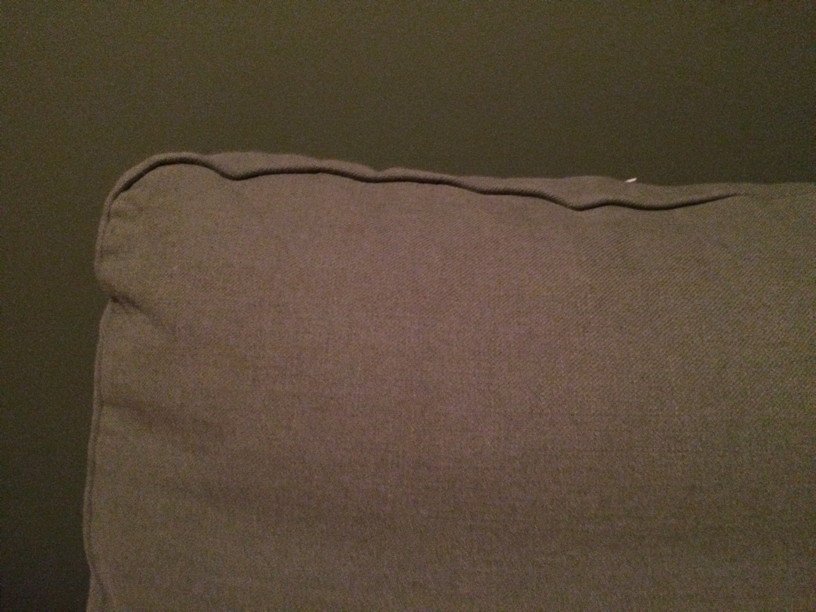