Facebook Instagram Youtube Twitter Patreon Shopping-bag
Menu
So, we bought this washstand for the master bath. And I love the shape of it, but when it arrived, we found that in our bathroom, the wood looked a lot more yellowish-green than it had in the store. Frustrating! So we talked about it, and decided to try painting it. I still wanted the grain of the wood to come through, but a light wash of color might help? And I kind of love metallic furniture, so we tried some metallic paint. I just painted samples directly onto the back of the piece -- in order, there's a blue, a warm silver (which looks closer to gold), a platinum, and a pewter. 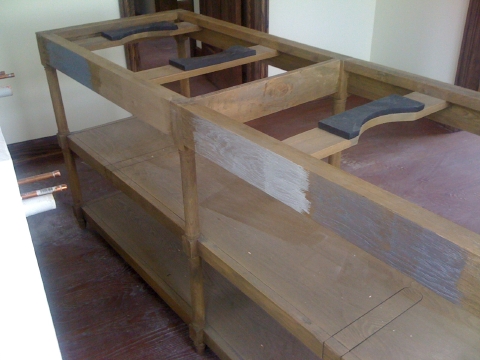 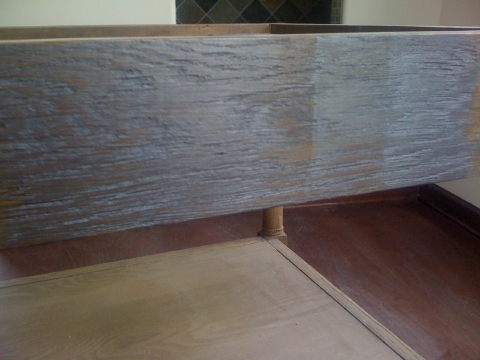 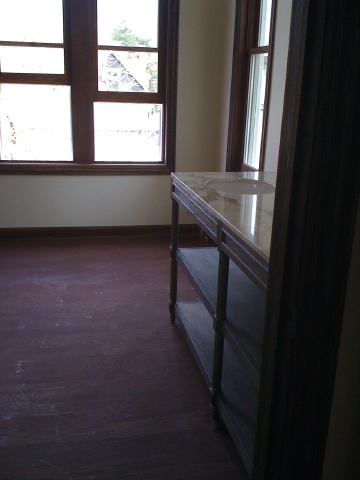 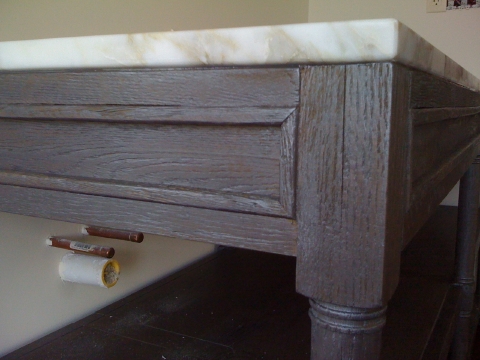 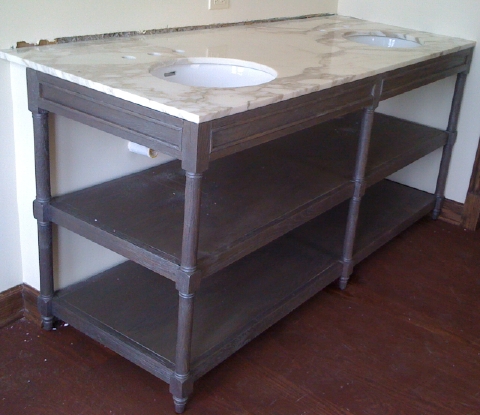 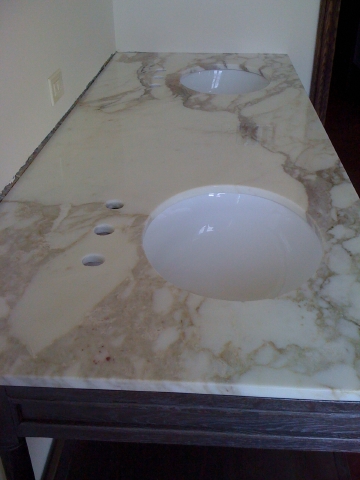