This is stepping back in time a bit; I got so excited about the color going up on the kids' rooms that I posted those pics first. But there wouldn't be color if there weren't walls, and so here's a few shots from the drywall experience. I did check into plaster (after the fact), and in the Chicago are, it would have cost us something like four times as much, which is just not within our budget. A little sad for historic reasons, but honestly, they used nice, thick drywall, and I think we'll be perfectly happy with it. There are still a few remaining plaster walls in the house that they repaired instead of replacing, but not so many. Mostly, our house has made the switch to drywall.

Bye-bye insulation -- we're happy you're there, but also happy not to see you all naked and insulation-y. 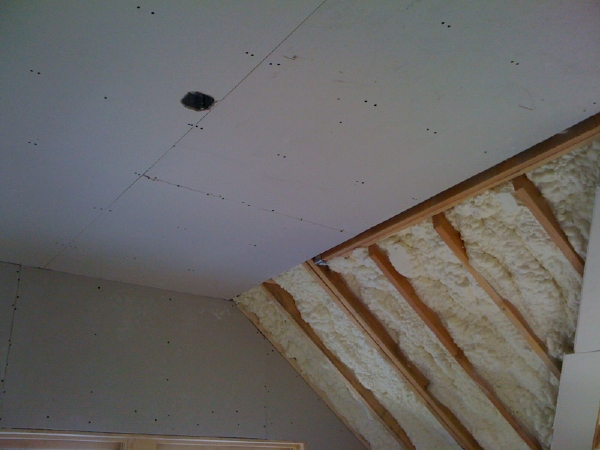 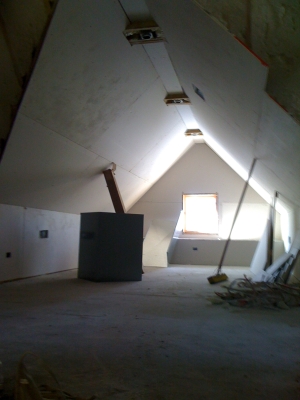 Ah, that's better. All covered up. 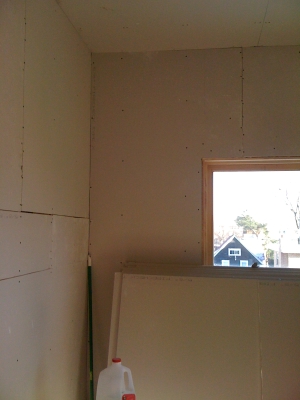 Bye-bye pipes! You're super-cool and steampunk, but if we'd left you exposed, I think the kids would have burned themselves really really fast. 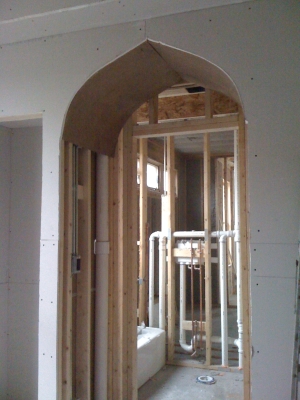 I don't know what it's called, the edging stuff they used to make my Moroccan arches. But I think it's neat. 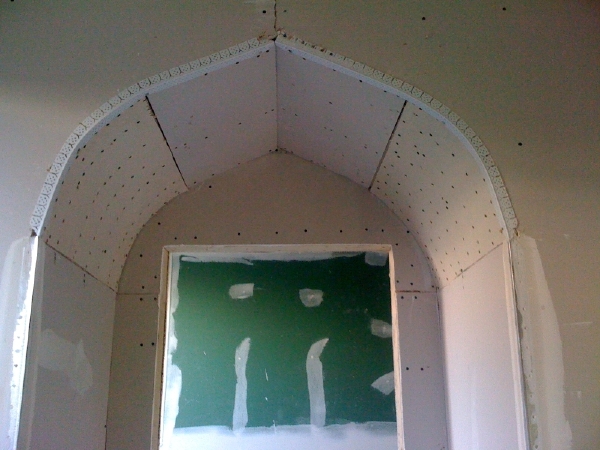 And this was funny -- a little note I found over the holidays. I know it's pale, but it says, "Merry Xmas -- Drywall King." The contractor guys are so cute! 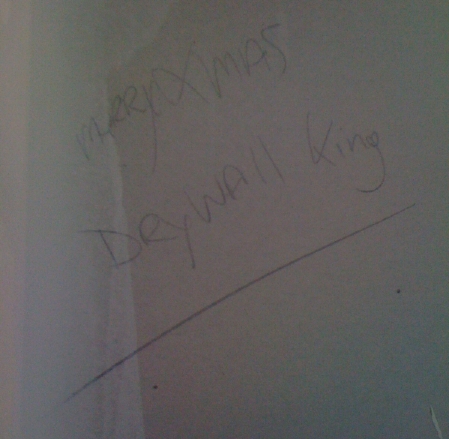