Sometimes my mother asks me why the house is costing so much to fix up. That's when I think of items like this -- that's a thousand dollars, sitting in that box: 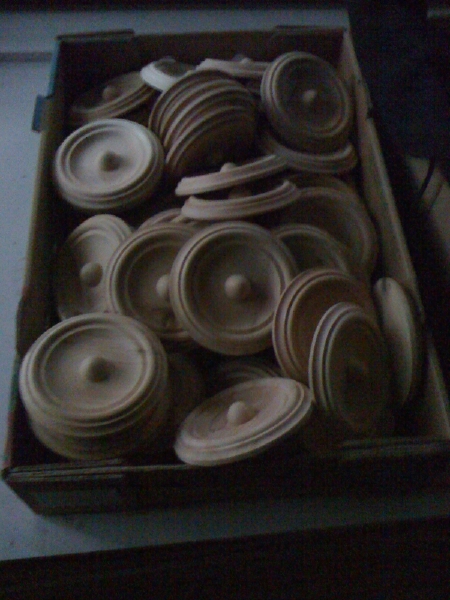 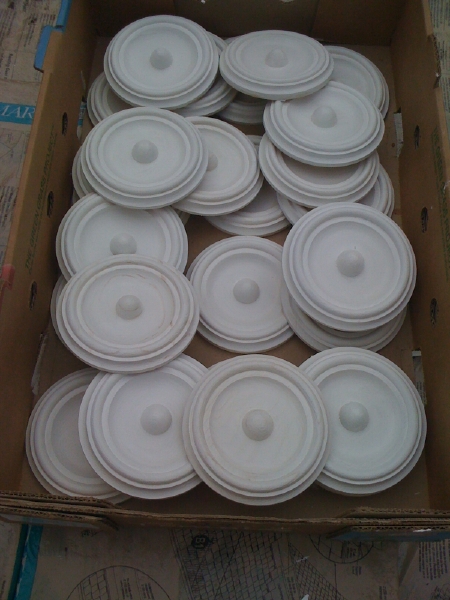 We could have spent less, maybe half as much. We needed to add some pieces like those to the new trim -- it's a Victorian, after all, and while it's not as gingerbread-heavy as some, it does need its little decorative flourishes. But we could have done these circles in pre-cut vinyl. Sigh. Worse than the pieces being vinyl (rather than wood) was that they wouldn't quite match the original size either -- we'd have to either take down all the original ones so they matched (a big historic no-no), or live with the mismatch. It would be way high up. Perhaps no one would notice. We did think about it. But in the end, we chose to have them done in wood, to match the original trim exactly. Which costs more. (I take some comfort in that at least we kept a skilled craftsman employed for a few days, making those by hand.)

We're having to make that sort of choice over and over and over again, and we can't be consistent about it. We're not always choosing the more historic / more expensive option. (We couldn't afford plaster interior walls, for example -- ours will be drywall. This varies a lot depending on where in the country you are, so it's worth checking, but in the Chicagoland area, plastering a whole house is considerably more. Sigh.) But sometimes we are making the historic / expensive choices, especially on smaller items. And I have to say, I'm really happy with that expensive box of trim now that it's up on the house.

This will give you some sense of the process, I hope.

Here the guys are putting up siding: 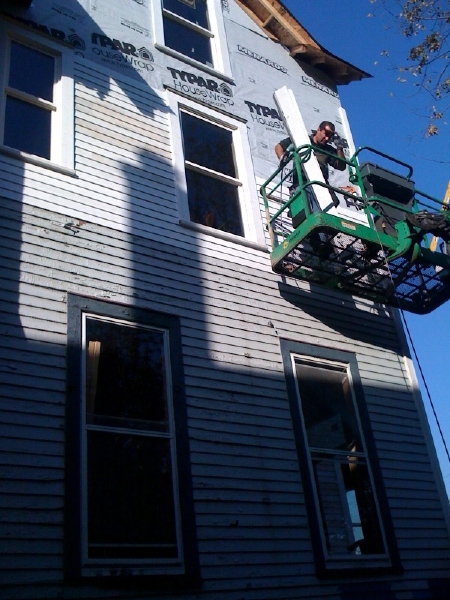 Here's the whole rear exterior with the siding going up (hooray -- my poor house isn't naked anymore!), but not much trim: 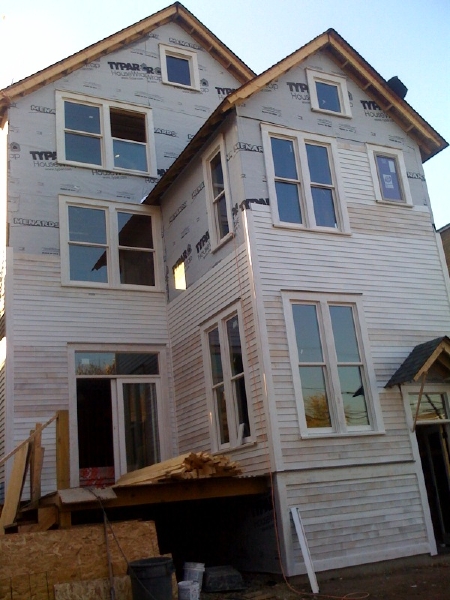 And then the trim starts to go on: 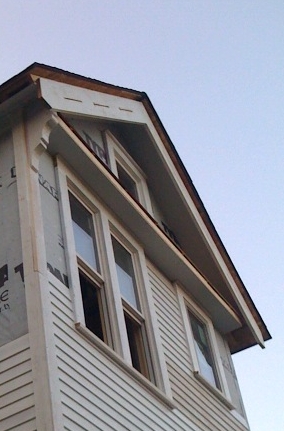 Here's the new exterior backdoor, with its little roof to keep off the rain: 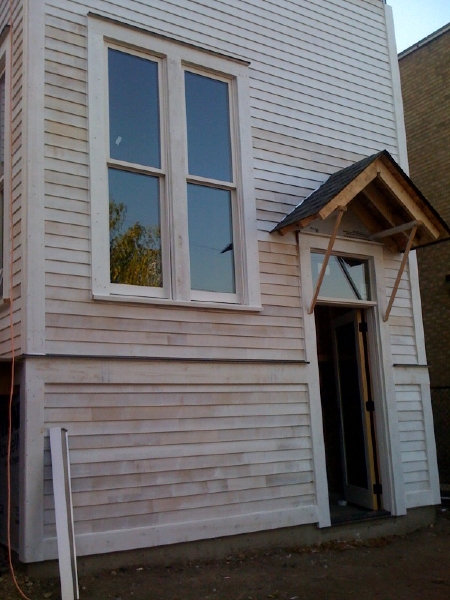 Here it is with some of its new trim: 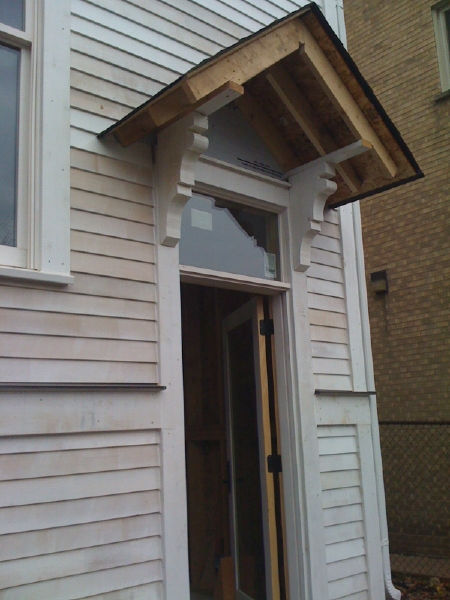 Here's a close-up of the trim on the top: 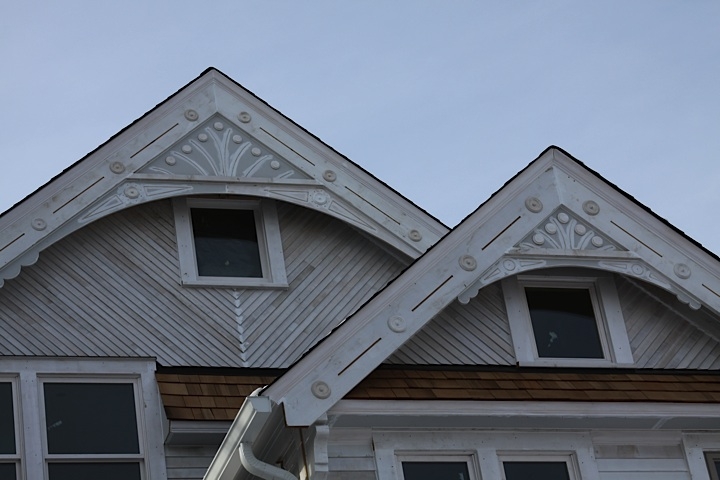 And here's the whole rear of the house, trimmed out. I wish I had a photo of the original rear to show you, so you can see the dramatic change, but I don't seem to have taken one. D'oh! Please picture a big white expanse of flatness, almost entirely bare of trim. Poor thing. 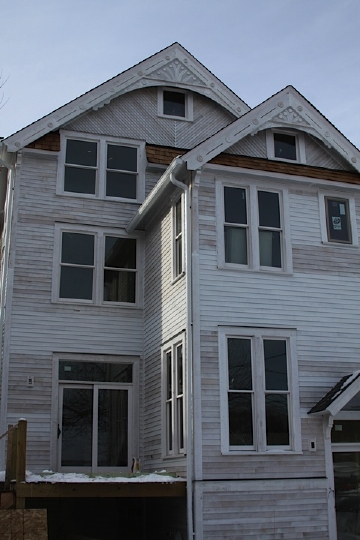 They're trimming out the turret too! I love those little swoops -- they make the house look exuberant and happy. 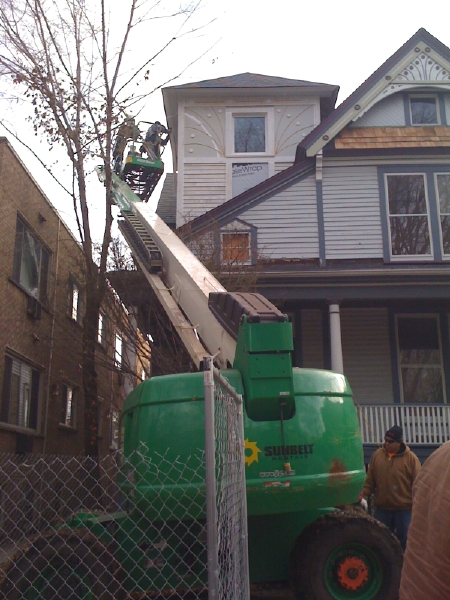 Ah, happy house, all dressed up and ready to party! 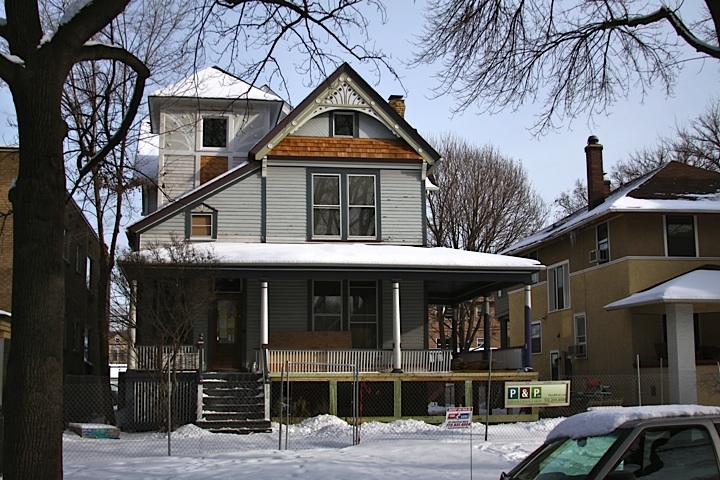 Next up: insulation -- more exciting than you might think.