Facebook Instagram Youtube Twitter Patreon Shopping-bag
Menu
People have been complimenting me on how well I'm coping with all this housing uncertainty -- they should know that sometimes the coping just breaks down completely. I think that part of it is that while Daniel and Anne are incredibly gracious hosts, I'm just not used to the noise levels in a house with four adults and three children. Yesterday, I was starting to get really melty and antisocial; Kevin tried to help by taking Kavi out as much as he could, and nonetheless, I totally fell apart around bedtime and had a massive weeping fit.

To be fair, a lot of that was Kavi falling apart all evening; seeing her so miserable makes me miserable too. The poor munchkin is having a hard time with all the changes and so much of her stuff being missing, I think. Kavi does love having playmates, but she's used to a much quieter environment, and yesterday, she just seemed to be bursting into tears every fifteen minutes or so. Poor Kevin -- weepy pregnant partner and weepy daughter. No fun for him, but he's a model of patience and calm in response, thank the gods.

We do seem to be making some progress on the house offer. We offered, they countered, we countered again last night. We're negotiating closing date as well as price; we'd ideally like one no later than 9/15, since baby is theoretically due 10/11. Although Anne moved into their house five days after her daughter was born, so if worst comes to worst, presumably, that kind of thing can be dealt with. It'd be nice not to have to deal with it, though.

I'm coping with the stress by thinking about decorating -- the sort of decorating that should work no matter which house we end up with. I spent hours yesterday browsing Etsy, and found some quite adorable pink/orange peacocks that might work for Kavi's room, or just for Kavi. I also looked at china teacups, because I have this fantasy that I'm going to slowly collect an eclectic assortment of beautiful bone china teacups and then have fabulous tea parties in my new house someday. And I'm still thinking about how to serenely meld the S. Asian aesthetic with either Craftsman or Victorian houses. I think it's do-able, especially if I stick to rich fabrics, dark carved wood, and restrained use of accessories. It'd be important to avoid a cluttered look, I think. (Clutter is very Victorian, of course, but not the part of Victorian I'd like living with! :-)

Here are some images Kirsten sent me that I quite like, as inspiration for either the master bedroom and/or the guest room. I'll probably stick to bone walls for the master, to maximize a sense of openness and light, but wouldn't a warm, buttery gold be a nice color for a guest room? I also love paper and/or fabric on the walls -- I wonder how hard it is to use regular paper or fabric for that, as opposed to actual wallpaper. 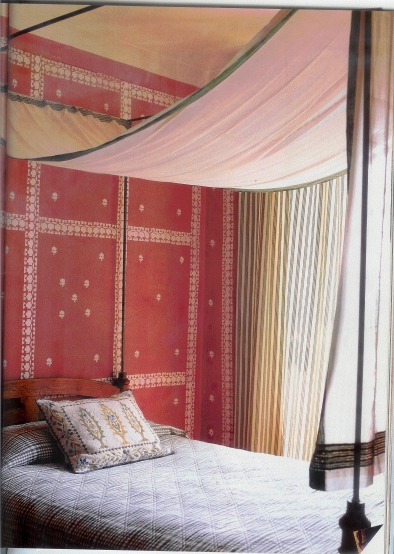 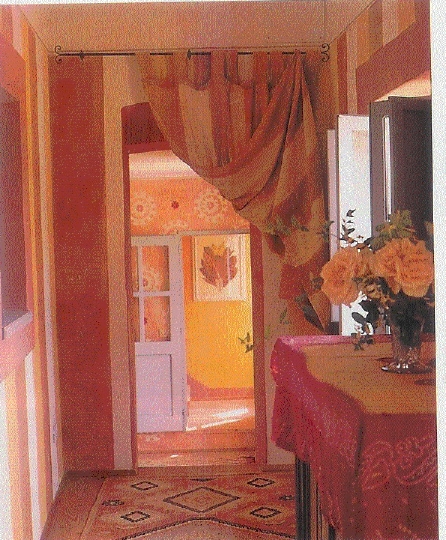 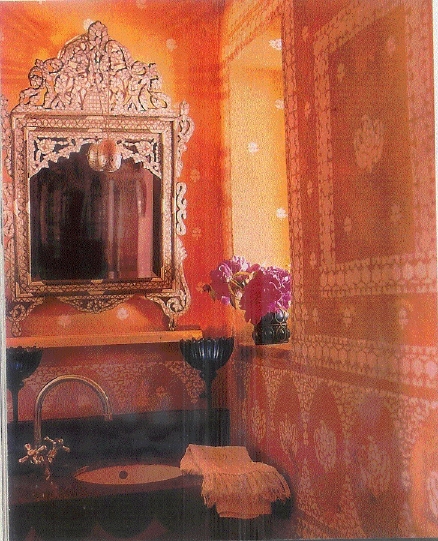 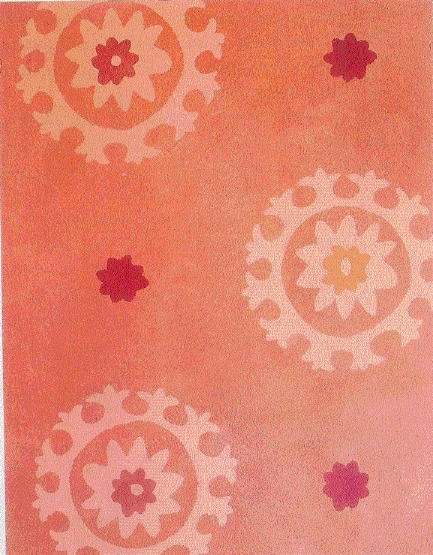 2 thoughts on “People have been…”