The birthday was pretty good overall, but marred by needing to go to urgent care. I’m totally fine now, but I had water trapped in my ears, and needed to get them cleaned out because one had started to hurt.

I’d gone through two days of everything being very muffled, which was sort of peaceful, except when I had to remind Kevin and the kids to repeat what they just said, MUCH LOUDER. Anyway, the staff took care of it in about 10 minutes, so that’s good.

Talking to Roshani afterwards, and she was a little appalled and scold-y about their aftercare (or lack thereof), and said if I needed urgent care again, go up to North Avenue to the Loyola one, so noting that for any other locals. (Roshani is an amazingly good doctor, and I follow her medical advice religiously.)

My ears were hurting rather a lot on Monday (abraded by the procedure, I think), but eventually I took some Advil, and then some more Advil, and that fixed it, so I was kind of kicking myself for just suffering and trying ineffectively to ignore it for most of the day. I lost Monday afternoon to being miserable, got very little work done, complained a lot to Kevin. Why I didn’t TRY taking Advil earlier in the day, I really don’t know.

Still a little sore today, but much better — don’t think I need any meds. Onwards.

(Pic of me lying on exam table, with drops in my ear.) 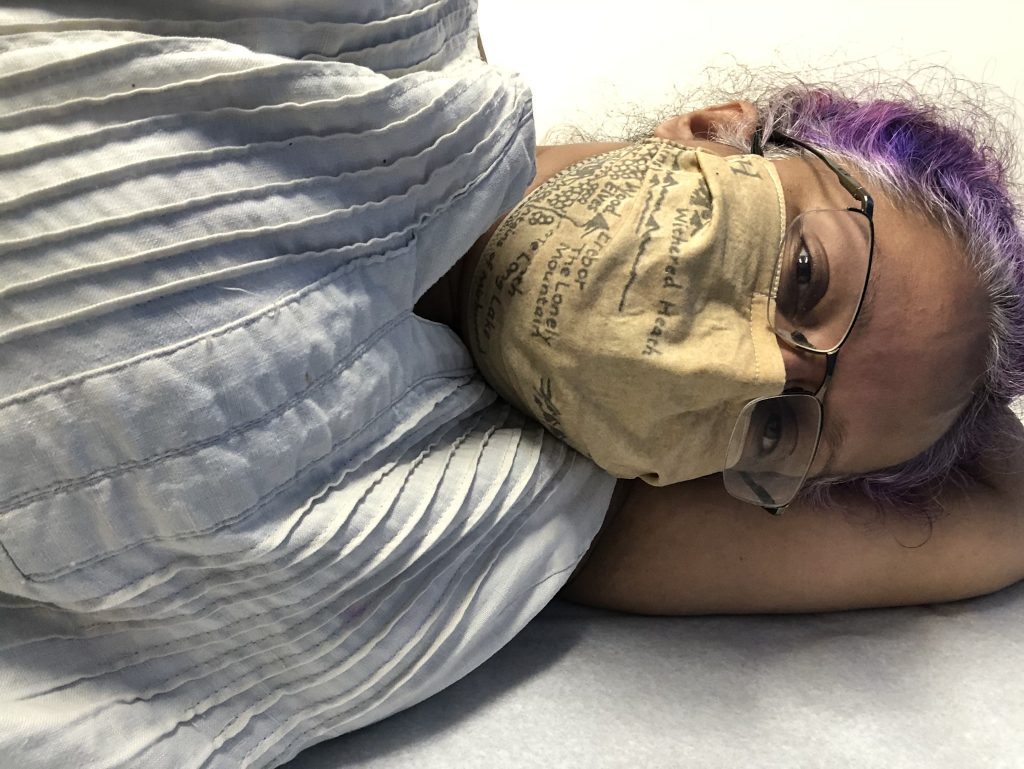