In December 2016, I decided to enter local politics, running for library board. This portion of the journal chronicles the details of that race; I’ve separated it out in the hopes that it might be helpful to any one else thinking of running for local office. 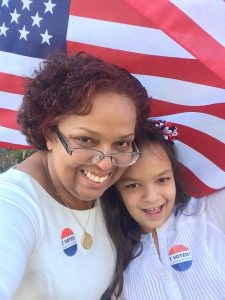 In February 2015, I went in for a routine mammogram (age 43) and discovered a mass which on biopsy proved to be stage 2a breast cancer, with a good prognosis. This log chronicles the process of treating the disease, through chemotherapy, lumpectomy, radiation, reconstruction, and follow-up care. My six-month follow-up ultrasound came back clear, so we’re quite hopeful that the cancer won’t come back. At least not for a few decades! (Pic from the end of chemo; I have lots of hair again now.) 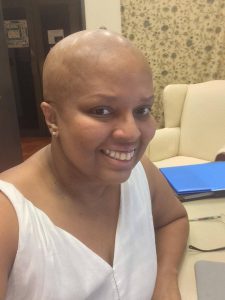 Letters to My Children

I write open letters to my children, Kavya and Anand, in my journal; I’m collecting them here, so that they’re easy for them to find when they’re older, and for you to read now. A lot of stress, a lot of joy. (Pic below from Xmas 2015) 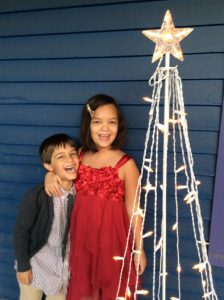 In 2009, we bought a 1885 Queen Anne Victorian as a foreclosure, and spent a year-and-a-half on a gut renovation, redoing all the pipes, electrical, etc., moving the kitchen, adding a eat-in kitchen, mudroom, master bath, and a tower study. 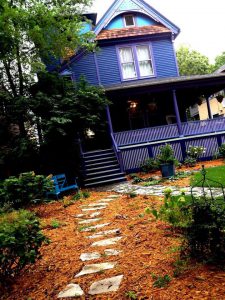 My garden attempts to mix cottage-style floriferousness with a love for English garden plants, an appreciation for Midwest natives, and a mild desire for neatness. Sometimes it works, sometimes not. I’m also gardening organically, so there’s lots of hand-pulling of weeds, which often works against the desire for neatness. There are gazillion garden entries! 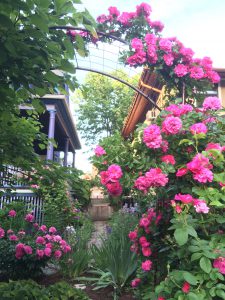 I love food, and have written a Sri Lankan cookbook, A Taste of Serendib, which I’m in the midst of revising. In summer 2016, I started tagging the food entries. 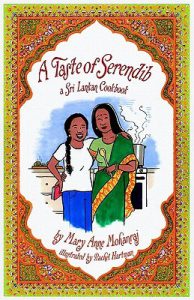