Small Business Saturday, my friends. Drop your small business in the comments, so I’m not tempted to spend any money at Amazon for the holidays, please.

I’m pretty sure you ALL know where my shop is by this point, but just in case.

Oh, hey, I seem to have started work on a novel again after months away. Go, me.

I’m sorry, I keep promising you blood orange shortbread, and I keep not delivering, but in my defense, I forgot that I was making a double batch, and I only have two wire racks, so I had to wait 24 hrs for one batch to dry, before I could candy the other batch (which is drying now). Shortbread tomorrow, I’m pretty sure.

There’s a lot of variation in the blood orange colors, I have to say. Only a few were really bloody…. 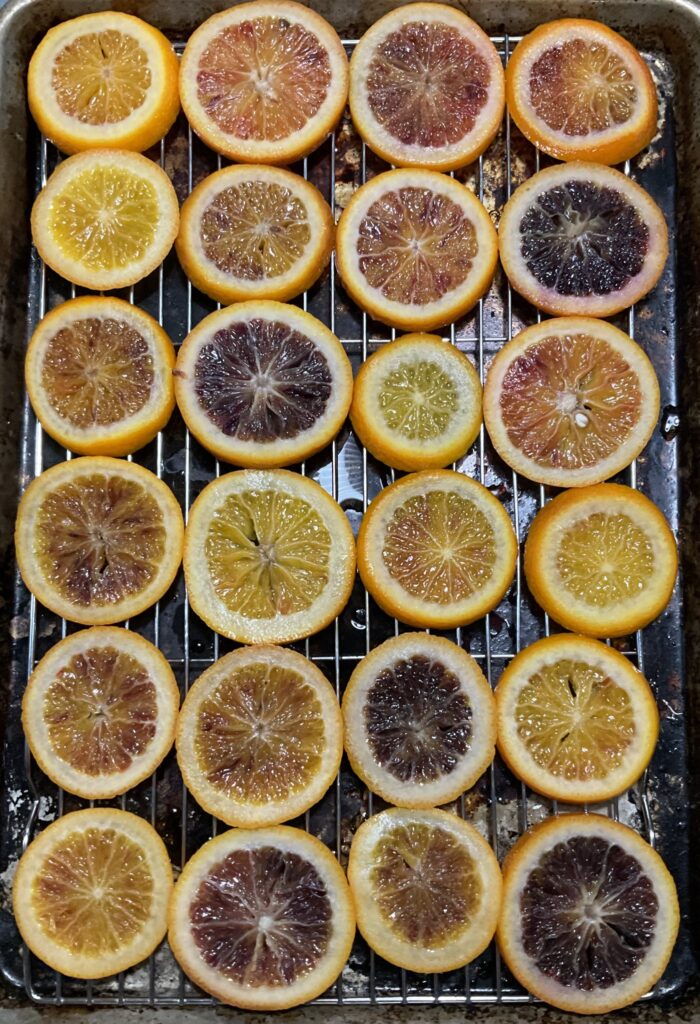 Interesting playing with pattern design on my Tumbling Tardigrades . I have so much to learn, clearly. I might take a Skillshare class over winter break, when I have more time.

• The first one is just me drawing the tardigrades and then setting them tumbling on a plain background.

• In the second, on the advice of Spoonflower artists after I asked for critique, I increased the contrast between the outline and body color, so the features became more visible — they were disappearing to a lot of viewers. (I think they got cuter, but also a bit less like polka dots, and I know there was someone who wanted polka dots that were actually something else, so I may keep offering both options.)

• For the next step, I wanted to try a relevant background — so I drew a separate mycelial network as a repeating pattern (took two episodes of Episodes, a moderately funny sitcom about some screenwriters, on Netflix), and then dropped the saturation to 25%.

• As a next step, I flipped some of the tardigrades on the vertical / horizontal axis, and changed some of their sizes, then set them tumbling. I think having some bigger and some larger actually really contributes to the sense of depth, which I like a lot, in particular for this pattern, thematically. It still kind of looks like they’re floating on top of the network — I might try dropping some of them behind it, to increase the sense of depth.

If you haven’t been watching Discovery, you might not realize this is a sci-fi pattern, but I promise you, it’s full of space travel spore drive geekery.

This was the size I intended, which especially in this color palette has much more of a Dr. Seuss kind of feel to it. I like both, though.

If I had a little girl who would still let me dress her, I would totally sew her a playdress out of this. Alas! 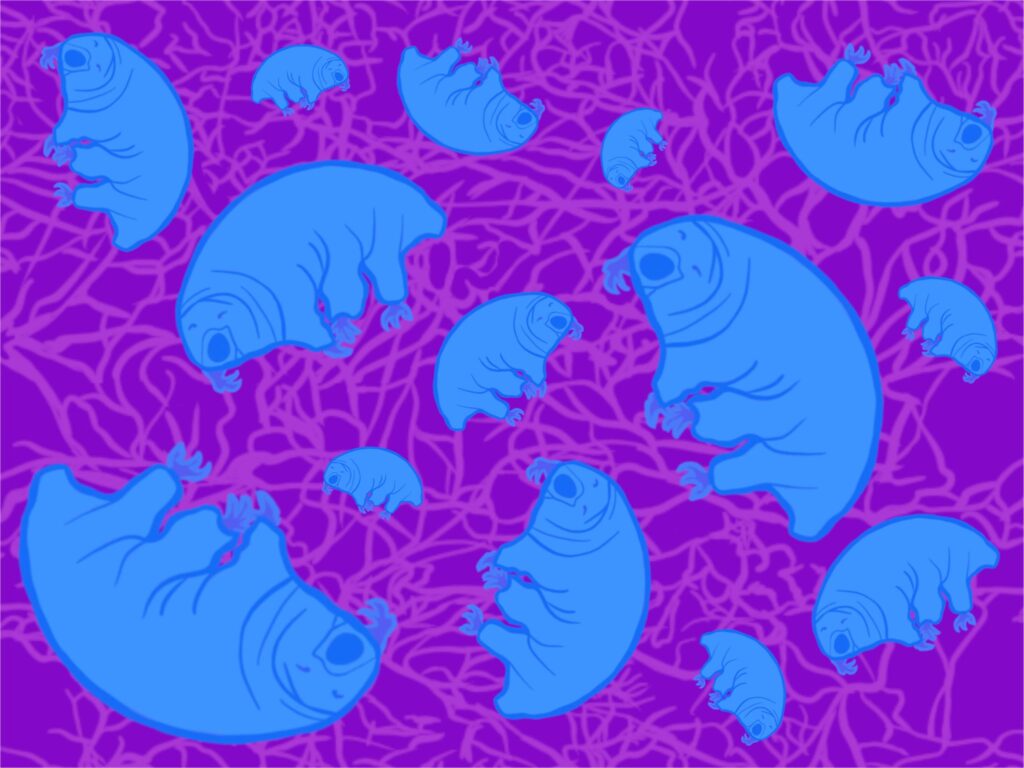 I accidentally made this one much smaller than intended, but it actually kind of works with the pastels — it turned into a sort of chintz? I think that’s the word I’m looking for. Surprisingly cute. If you were into both science (or science fiction) AND cozy English traditional decor, this would be charming in your conservatory. 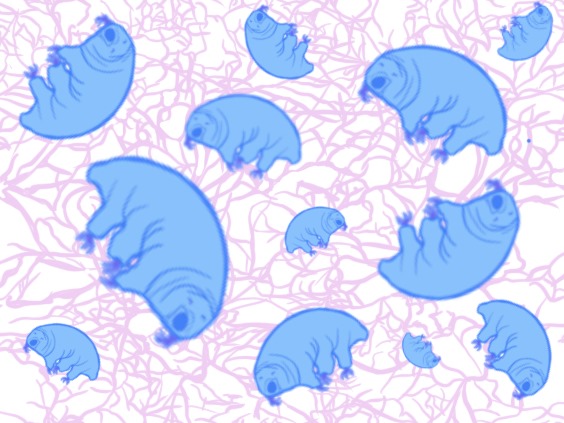 More tumbling tardigrades. Just playing with color palettes. I need to pick one to enter in the design challenge. 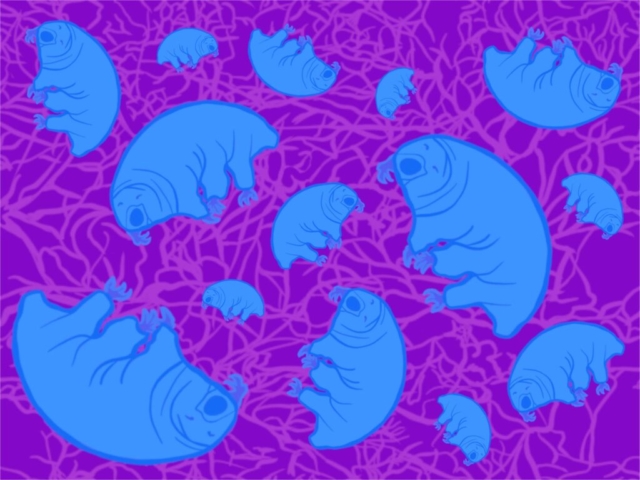 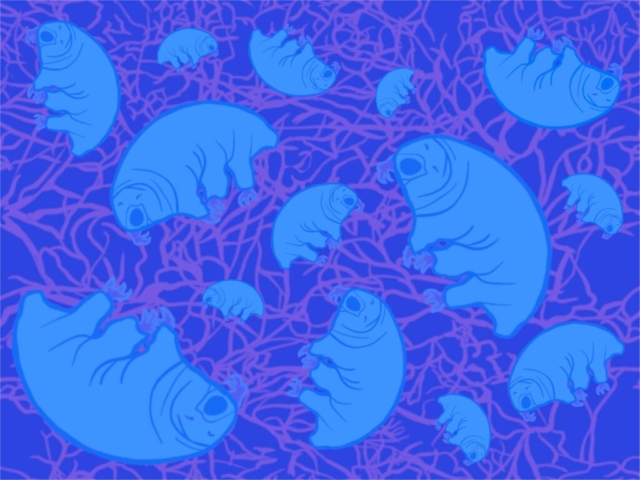 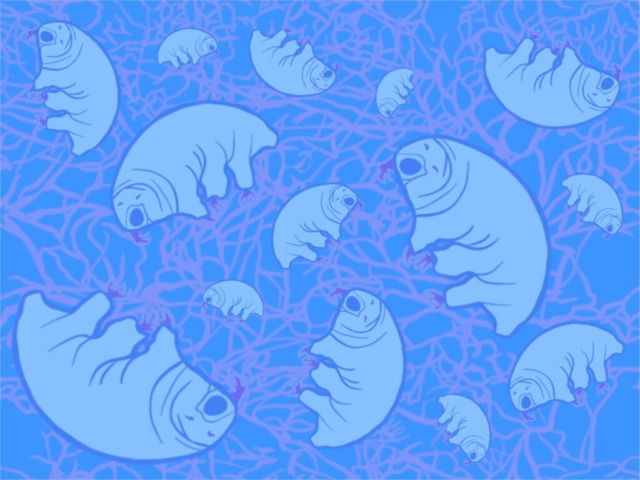 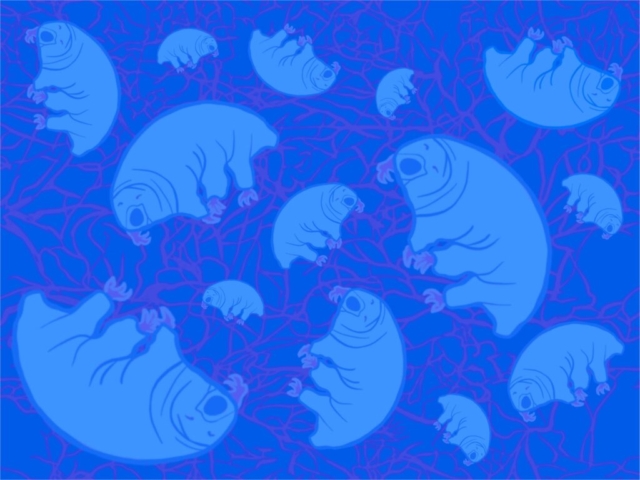 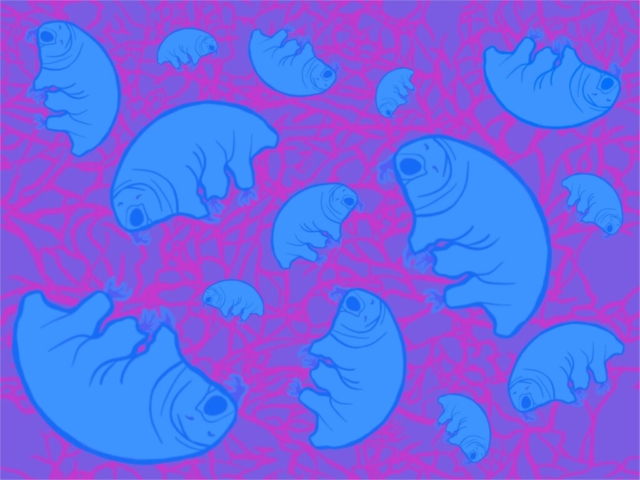 Did Day 1 of 30 of Yoga with Adrienne: Home. It’s been a while since I did yoga, and even though this is aimed broadly, including for people who haven’t done yoga before, I found it a bit of a challenge — holding downward dog for the full time (not a very long time; I’ve done much longer in the past) made me a little queasy.

I was pushing myself to do the poses as well as I could, so I really was using muscles a lot, even if it was all very slow and gentle in approach, so it’s not surprising, really, that out of shape me should find it a challenge. Good to know where I am right now, I guess — I may not push quite as hard the next few days, let my body find its natural comfort point. Just enough pushing to make progress, not so much as to make me feel ill.

I bought the blanket before we got this cat; I’m really not the sort of person to design around my pets — but they do go so well together. 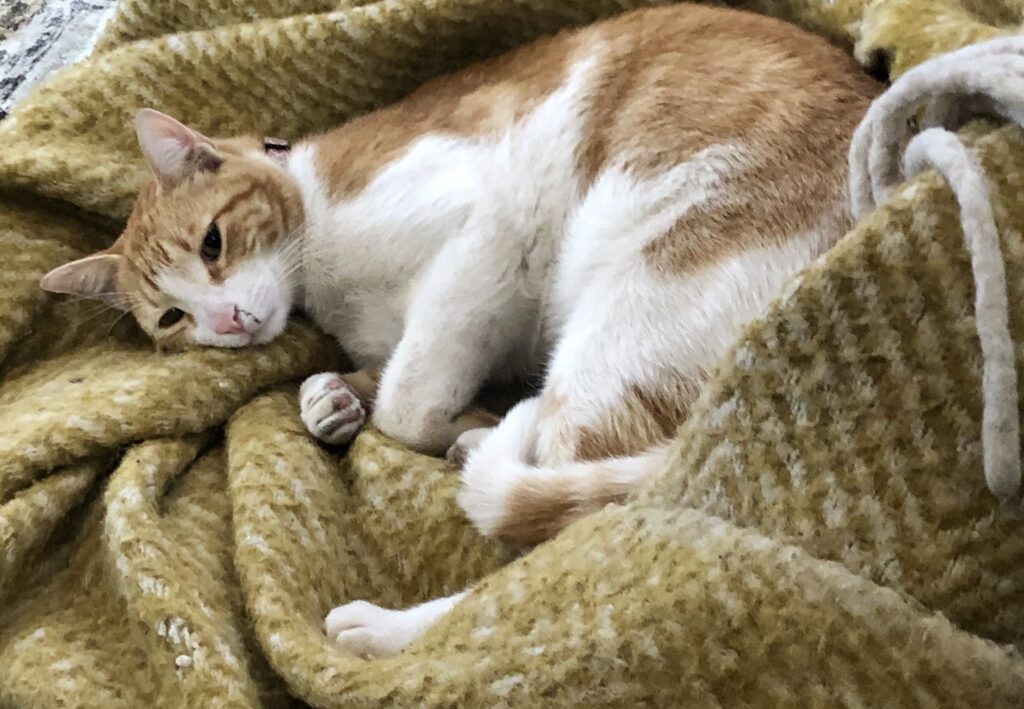 All right, kiddo. You do that. I’ll just sit right here and type. 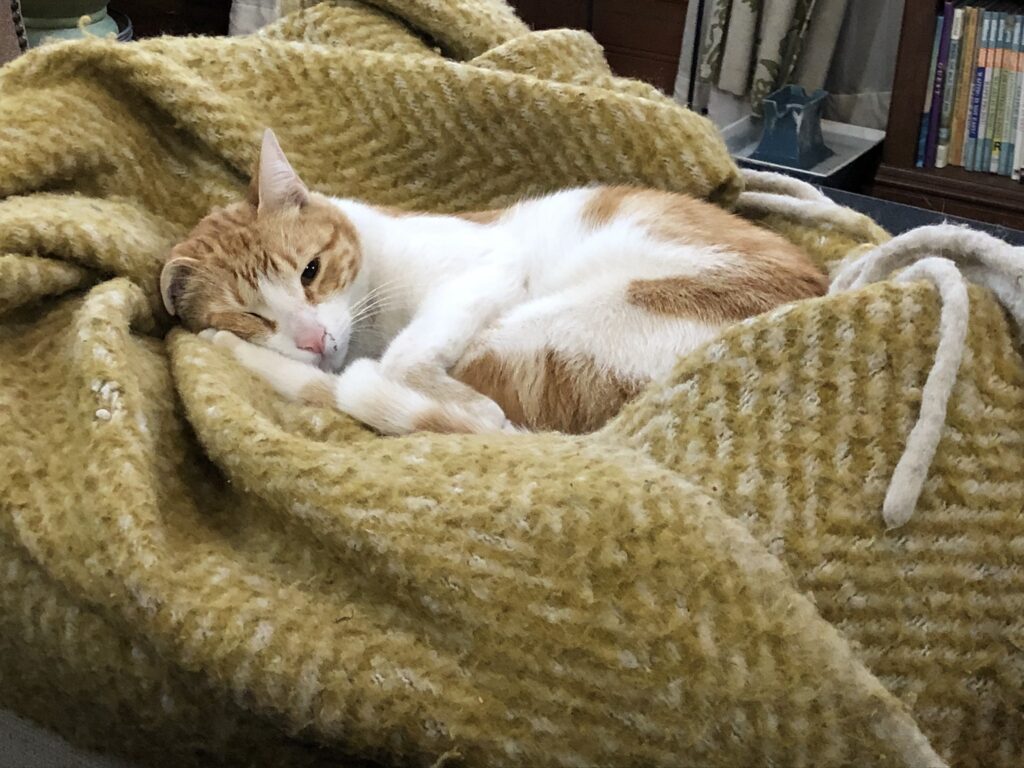