I made it to the end of this revision pass, and my SF novel, Liminal Space, stands at 79,930 words. WHEW. For those keeping track, I added close to 20K words in this drafting pass.

(Not bad work for a month of dedicated summer effort. It definitely helps that the children can mostly feed themselves breakfast and lunch at this point! If I could keep up the roughly 1000 words / day going forward, that’d give me another novel in three months…

I am not quite ready to send this one to my agent — my plan is to take at least a few days, as much as a week if need be, to go through the notes that my beta readers have been sending me, and implement lots of little suggested changes.

I imagine that even if my agent likes it, he’ll have some suggested changes, and assuming we find an editor for it, they’ll have suggestions too. It’s still a long road to completely finished. 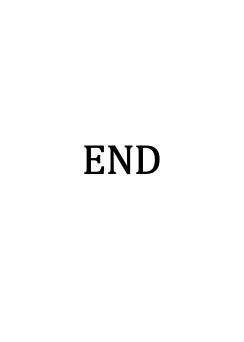 Well, I didn’t get to actually revising until 9 a.m., somehow, but I’m going to chalk that up to being distracted by birthday greetings. Did manage to do another chapter of revision in about 90 minutes, up to a little over 10K.

I didn’t add a lot of new material, but there’s a fair bit of moving things around, making the whole narrative more linear. (Less backstory, which will make Jed happy.) Someone in my writer’s group had said it didn’t feel like Maya was doing very much, which seemed weird to me, because she’s doing a lot, but I think having much of that action in backstory was sapping the energetic feel of it from the story.

Well, we’ll see if the first readers think this new ordering solves that problem or not. It’s funny, this is sort of the same process I went through with Bodies in Motion, where I wrote the book with half of it moving backwards in time, and then my advisor, Katharine Coles, said, “If you make the reader work harder, you have to make sure there’s an actual payoff for that work.”

And there wasn’t — I was just being clever. It amused me while I was drafting and kept me engaged, which is fine — Benjamin Rosenbaum and I were just talking about this in our podcast recording session last week. It’s fine to play games with yourself while you’re writing, if it helps keep you interested in the book.

But when revising, I realized I didn’t need it for Bodies in Motion, and I don’t think I need it for this novel either. Trust that the work has grown strong enough in other ways that you don’t need to rely on clever tricks, Mary Anne. (But, but, imposter syndrome! Hush.)

Anand just came out to the shed and asked me to please stay off the first floor while he and Kavi got some birthday stuff ready — “I don’t think it’ll take more than half an hour.”

So I’m sort of tempted to at least start chapter 5 revisions. But my fingers are aching a little, and it’s good to have some mental space between chapters too, so I can see them more clearly. So I’ll probably just read a magazine instead. I’m getting pretty hungry, so I really hope their ‘birthday stuff’ involves feeding the Mommy.