So it’s been a little over two weeks since I started my peppers, artichokes, leeks, and pansies. The artichokes took off, leeks ditto — for a while, I wasn’t sure the peppers or pansies would germinate at all. But they were just slow! All the peppers eventually popped, and they’re going strong now.

I think the artichokes are ready to transplant, showing a second set of leaves (still not sure I understand the ‘true leaves’ distinction)? They look so cheerful and healthy!

If so, I’m planning to transplant those and the leeks on Thursday this week and give most of them away in the local garden club group — I’m growing them mostly to be decorative, and have limited space in the garden, so only plan to keep 2 of each (1 and a spare in case of disaster!) for myself. So watch the group on Thursday if you’re interested; I’d like people to pick up that day, since I’m going out of town on Friday. 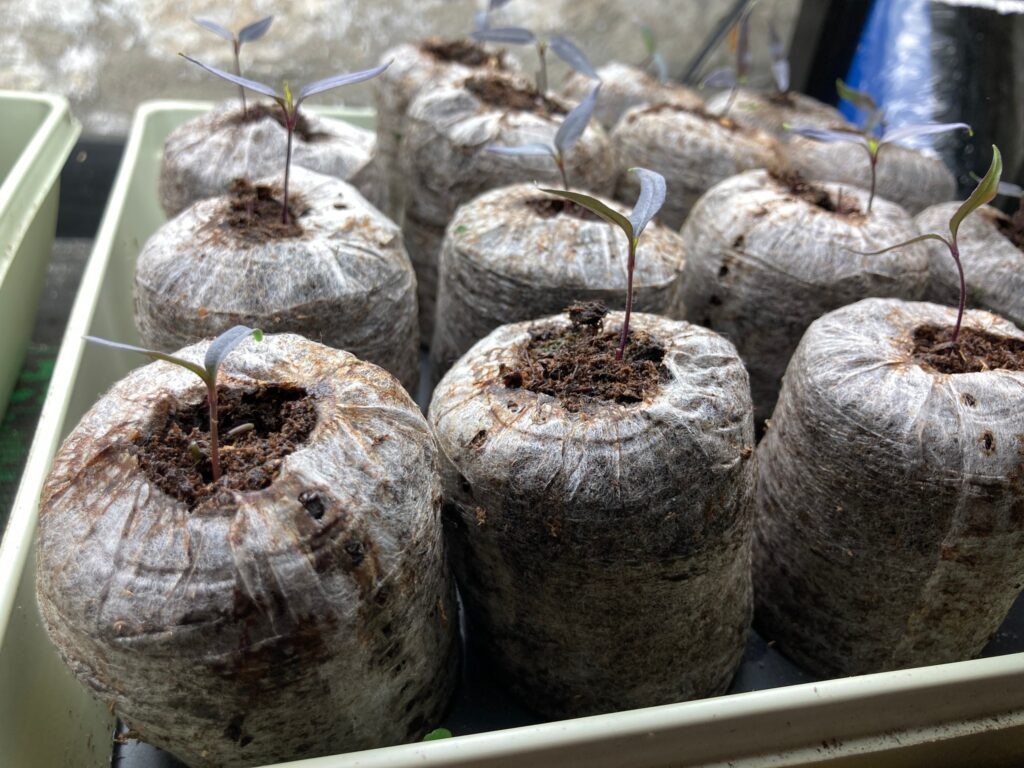