Just finished reviewing the manuscript for Silence and the Word, which we’re planning to reissue soon in a digital edition. (Maybe in time for Valentine’s Day? We’ll see!)

Silence came out from Lethe Press in 2004, and has been available as a paperback, audiobook and even a MP3 CD, but we never did a digital edition. So here it comes!

I’m excited, also a little…I don’t know if embarrassed is exactly the word, but re-reading the original introduction, I feel sort of abashedly fond of the somewhat defensive young woman I was when this book came out. I was most of the way through writing Bodies in Motion when this came out, and had spent four years at that point in a VERY SERIOUS literary fiction doctoral program, and here I was, bringing out a book that was more than half erotica…

Actually, May 2004 — I think that was actually when I sold Bodies in Motion to HarperCollins, on the car ride on the way to WisCon Memorial Day weekend. I’d have to check, but this probably came out just a few weeks before?

Well, it’s a good book, I think, and much longer than I remembered, almost 300 pages — I kind of threw the whole kitchen sink in there, so there’s a lot of erotica, a lot of literary fiction, some fantasy, an essay or two, a children’s story, and plenty of poetry. (Quite a lot of rather sappy poetry about Kevin. I guess I was fond of the boy even back then.)

I guess if you’ve never read anything of mine, it’s actually a pretty decent introduction to the scope of my writing. I hope this digital edition helps it find lots of new readers!

There aren’t a lot of reviews of Silence, but you can check some out if you’re curious: 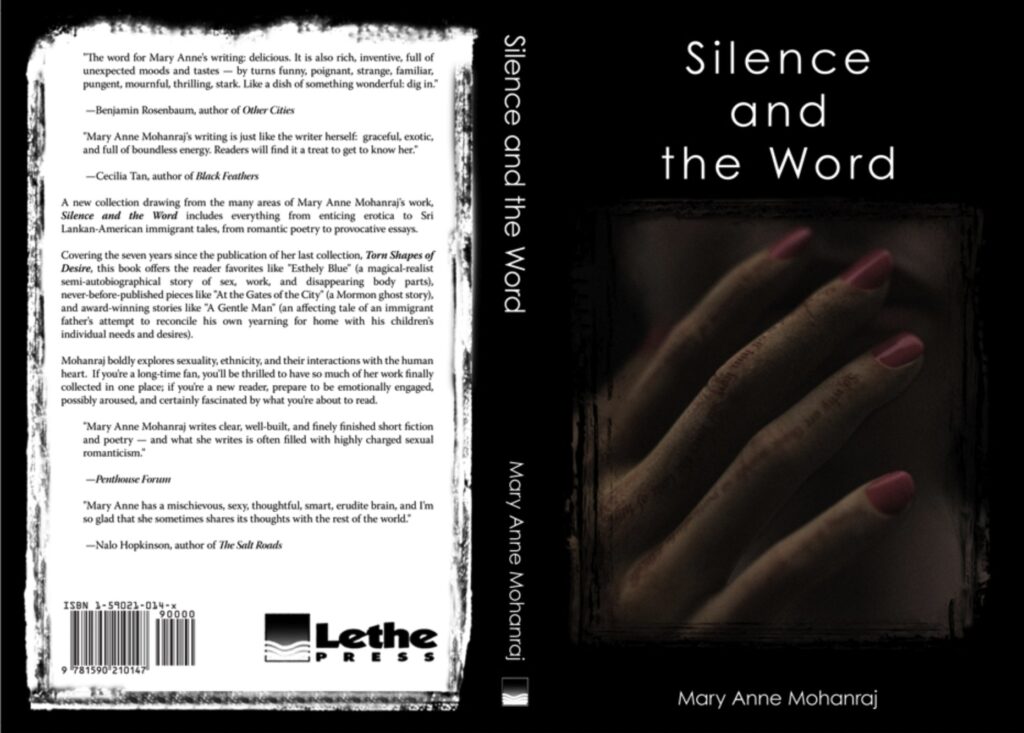