I was chatting with Roshani this morning and she asked what my plans were for the day, and for a change, I don’t actually have any. I finished drafting a novella yesterday that I’ve been working on for some time, so feel justified in taking a day off writing. Next week will be diving headlong into start of the semester prep, and there’s also a fair bit of getting the last of the kid stuff ready for school. So today is just a puttering day, I think, doing whatever I feel like.

Mostly organizing more of the basement, I suspect. Progress is being made, but it’s really quite slow. VERY SLOW. But bit by bit, we’re getting there. I still have a big pile of alterations to get through too.

I finished the last of these bee soaps for the treat boxes, and I think I’m going to try a candle as well. Then on the weekend, a bunch of baking, so there’ll be some scones and cakes and such that I can freeze and ship out on Monday, which will hopefully hold well in shipping. Ice packs for everyone!

And then next week, back to Vegan Serendib — we’ve started getting feedback from test cooks, and I’ll be tweaking some recipes as a result; I also need to draft a new intro, talking about why I, a non-vegan, ended up writing a vegan cookbook. That’ll be fun? 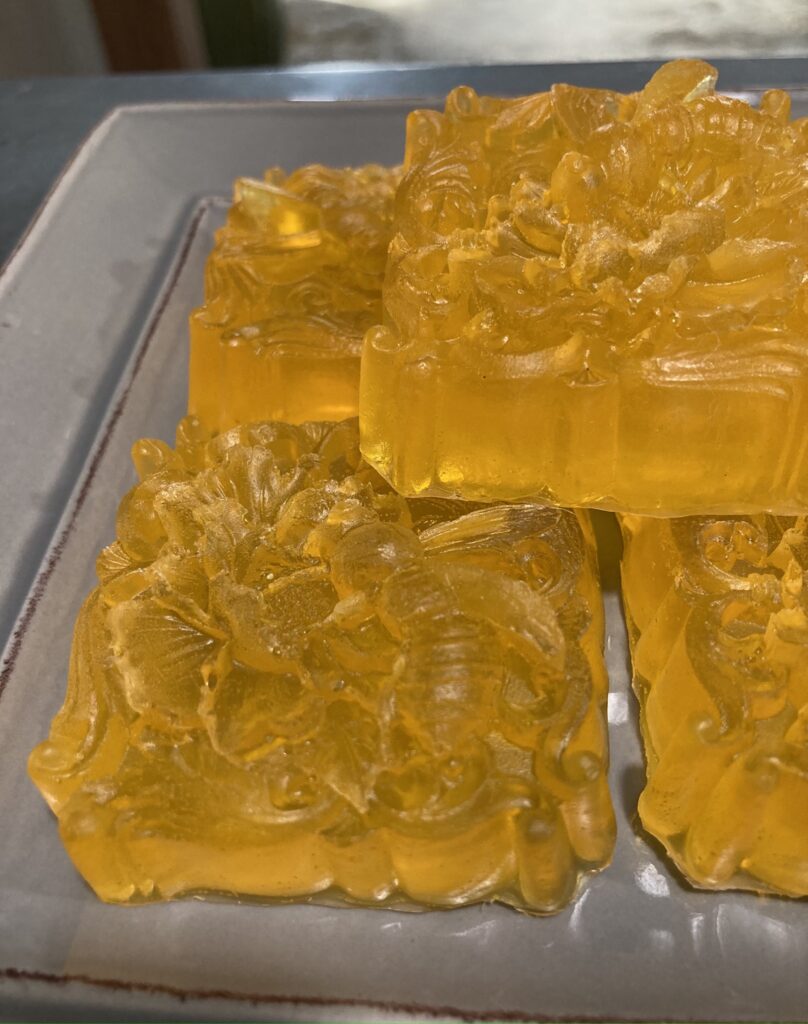