It was overcast when I arrived at Baker Beach, around 1 p.m. yesterday, but by 15 minutes or so later, the sun had come out, and it warmed up beautifully — so much so that after an hour or so of basking, I was actually ready to brave the chilly ocean. Alex (a beach bunny who spends a lot of his time out there) promised me that it wasn’t as cold as you’d think — the water is apparently as warm now as it is in August normally.

People, that may be true, but it doesn’t mean it’s actually WARM in San Francisco’s waters right now. Chilly chilly chilly — but I went in anyway, because how do you resist an ocean when it is determined to love you? You don’t. Or at least I don’t. I let myself get knocked down by the waves a few times, and it was salty and glorious.

Beach time with one of my oldest, dearest friends = a little mental healing after so much pandemic. 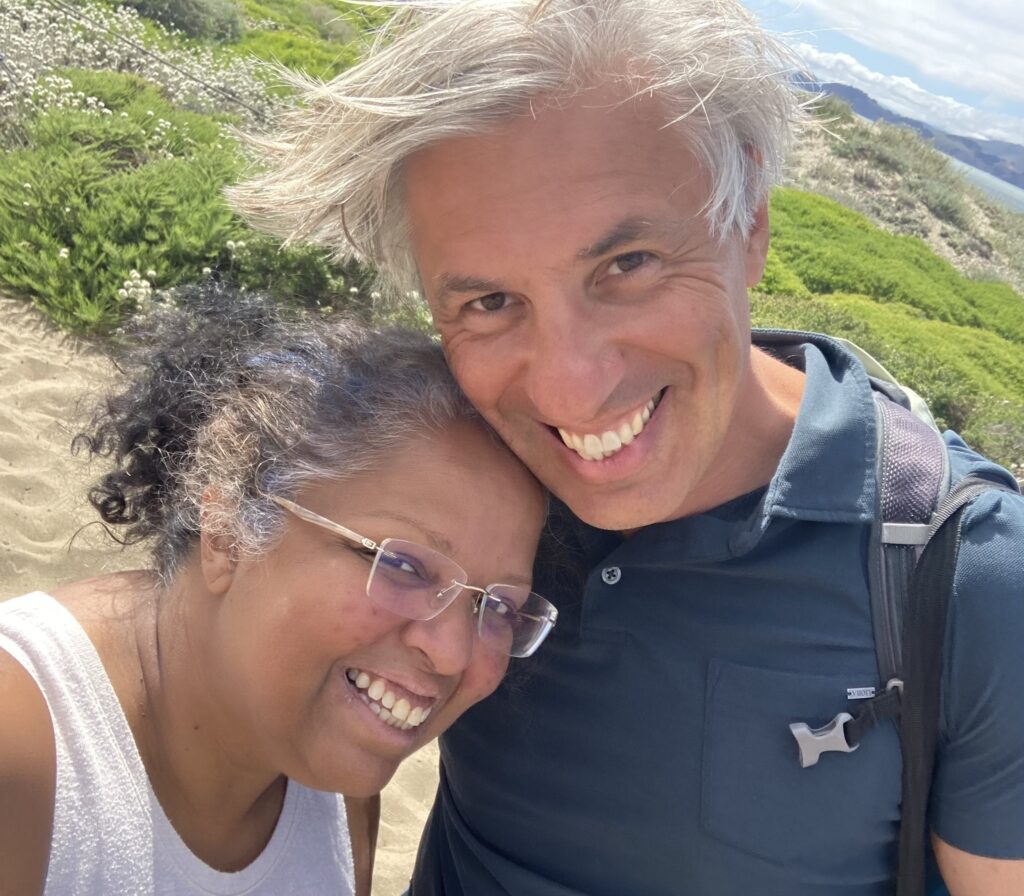