Not so much physically exhausted — though I’m also sleeping more this week than I typically do. It’s just been a long, long pandemic year and a half, and a lot of how I dealt with it was by working basically all the time, pretty much every minute I was awake. Giving myself lots of projects, lots of deadlines, and they’re all good, they’re all things I think are valuable and worth doing, and most of them I actually even enjoy — teaching and art-making and cooking and writing. But it’s a lot.

I have natural tendencies in this direction, but I think the pandemic exacerbated them. All the social isolation meant that I didn’t get a lot of the downtime I normally get from hanging out with friends. I had lunch with Roshani yesterday, and had a glass of wine, and I had nothing else scheduled for after lunch, so I could linger as long as I wanted, and it felt weird, but also really good.

I’m going to try schedule myself less this summer — a lot less. When fall shows up, the pace will inevitably pick up again, but for now, I’m mostly trying to organize my house a little bit every day, in the process maybe giving up on some projects that never quite got the time they needs — sorry, little seedlings, now gone to dry dust. You were a learning experience and a casualty of the pandemic.

I’ve spent most of the last few days playing video games and reading romance novels — (Red, White and Royal Blue by Casey McQuiston; Hold Me (sequel to Trade Me) by Courtney Milan), recommended. I’ve done some work, but only what was really essential, and I feel a little guilty about that, but am trying not to. I just…need a little breathing space. (Sorry, Benjamin Rosenbaum and Darius Vinesar. Was burning out pretty badly for a bit there. Getting better, slowly.)

I still expect to be finished with the main recipes for Vegan Serendib by Monday, when we launch the Kickstarter — only a half dozen or so left. I might take a few days off after that, but then I plan to go back to the Jump Space book, which Jed Hartman has been patiently waiting for. When that’s done, either go back to the Jump Space novel or start working on food / travel essays. I am still ambitious, there’s still a lot I want to do.

Pace yourself, Mary Anne. Cook with the kids, play board games and video games with them, just spend more time with them because they keep growing and soon they’ll be gone. Lounge in bed with Kevin more. He’s very nice and you’re lucky to have him. Lie in the hammock and read a little.

P.S. I will not be lying in the hammock *today*, as it is going to be an unusually warm high of 90F for the next three days, and I might melt. I may be setting up our pool, though, if I have the energy, or I may just hang out in the nice air-conditioned house and keep reading. We’ll see.

Random pic here I never got around to posting — pickled redbuds from the spring that I included in the spring Patreon boxes at the top tier — sorry, patrons, apparently including a list of what was actually IN the box was completely beyond me at that point. Will try to do better this time around. Hope the pickles in among all the sweets was not a completely terrible surprise! 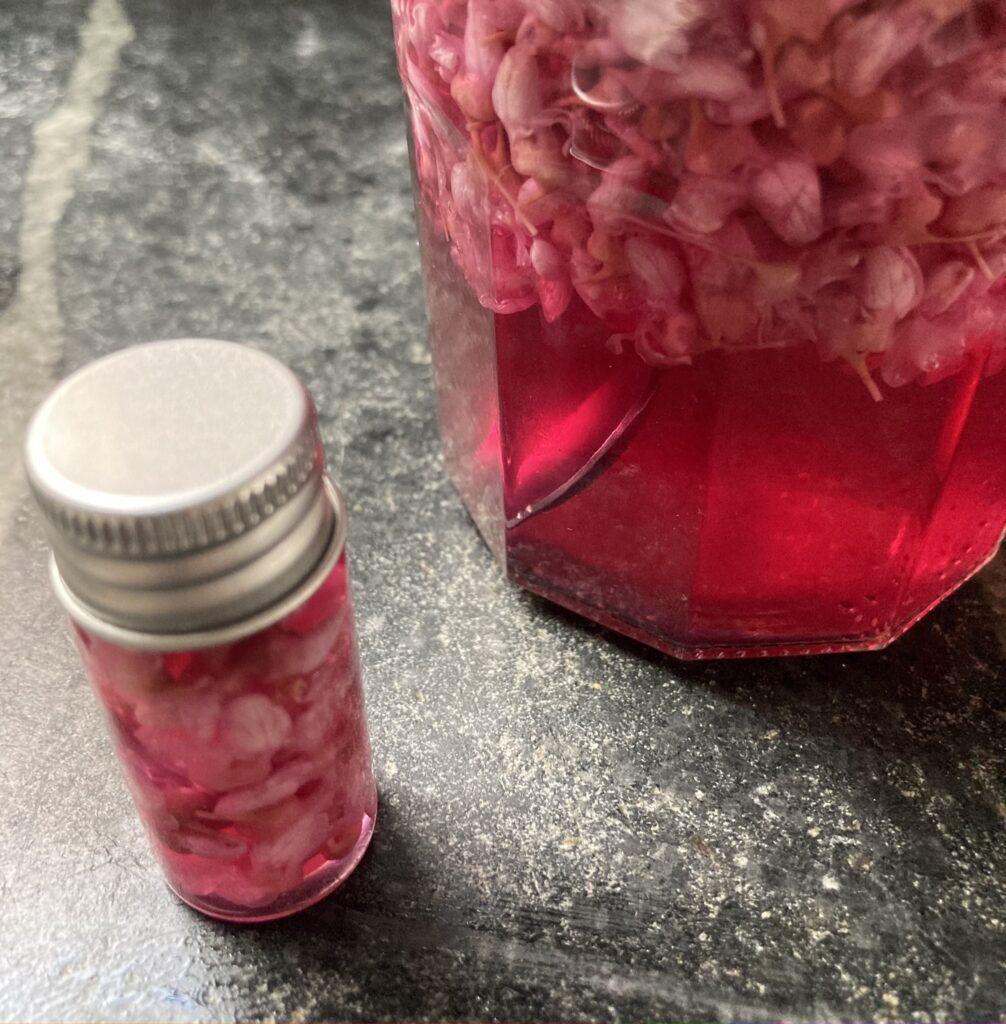