I’ve opened up the Jump Space book file, woot. There really isn’t so much left to do, I think:

– finish drafting the interstitial “Thin Air”, revise it, etc.
– draft Sita’s story and decide if including it

– decide if including “Skin Deep”

And then, maybe it’ll be done? I think that’s maybe 1-2 weeks of work, if I’m steady with it. A little nerve-wracking; I’ve been working on this book a long time, I’m not sure I’m ready for it to be done and send baby out into the world for people to comment on it.

But on the other hand, I’d really like to hand it over to Constellation / Riverdale presses, and then go back to finishing a draft of a related novel.

I think in this revision, I’ve managed to

• tie The Stars Change (embedded in this book) to…
• the short stories I’ve written in the universe so far
• AND to the finished (?) Liminal Space novel, which I should decide what I’m doing with
• AND to the Indenture novel in progress (first in a series)
• AND to the YA novel I plan to write in this universe (teens learning how to use ESP-type powers, in space — sort of like the X-Men school, but very different backstory and setting)

• AND to the screenplay Roshani and I are thinking of working on, which is in such early form that I’m not telling you anything about it yet…

This book is like a complicated space station sitting at the heart of an interstellar wormhole network.

It’s all VERY intimidating, honestly — the vision in my head is SO BIG, and there’s so much to do to get there from here.

Okay, I know how to do this — break it down into much less intimidating steps. First step: finish “Thin Air,” which involves first re-reading the story as drafted so far. I can read. And if I do that and draft one new scene today, I’m going to call that a win. 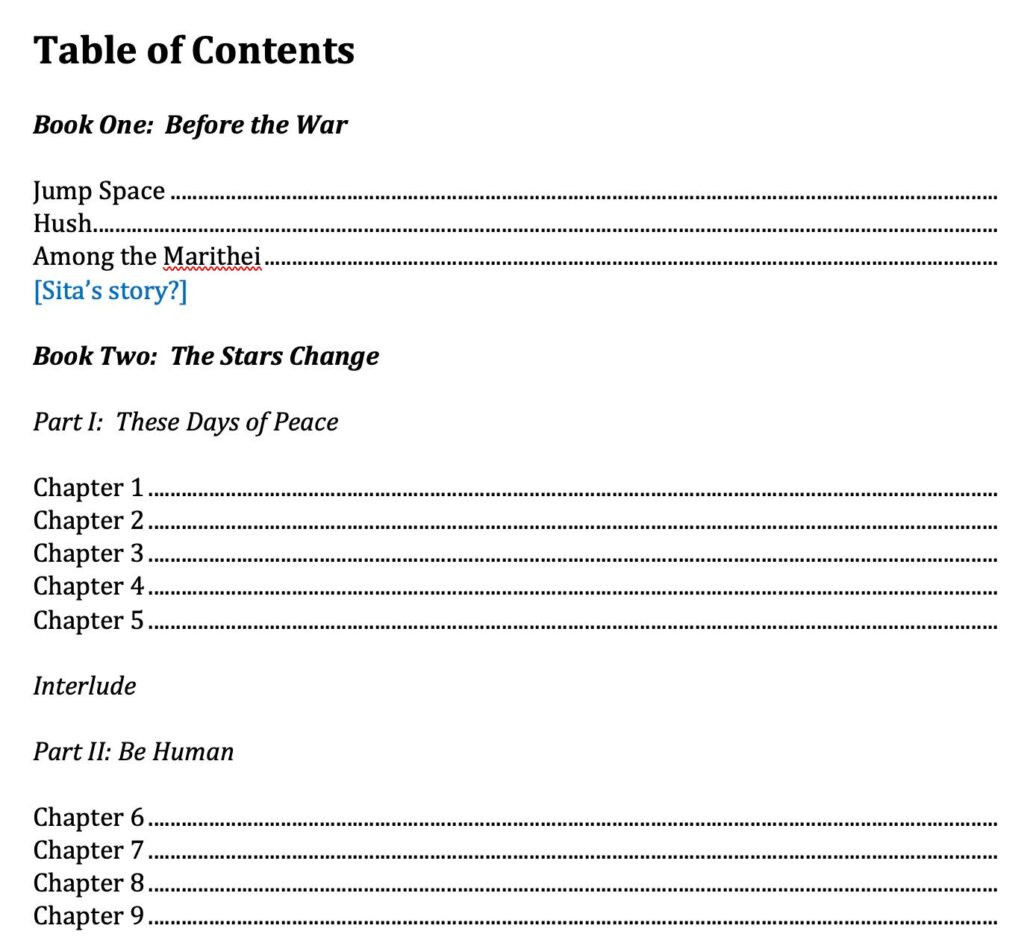