When we were getting ready for Kavi’s birthday party, I asked whom she wanted to invite, and she named two girls — which sort of bewildered me, because a third name was missing. Kavi’s been part of a set of four friends for several years now.

I asked about the missing one, we’ll call her B, and Kavi said B had mostly stopped participating in the group chats over the last year, and hadn’t joined in when invited for recent park masked meet-ups, etc. Kavi said B had other friends, so maybe was just hanging out with them more.

Which would’ve been fine — sometimes friendships fade in the natural course of things, esp. as young people grow and change. But I was a little worried, and I asked Kavi if it’d be okay if I dropped a note to B’s mom, just to check. Kavi said yes, so I did.

The next morning, I came over to say good morning to Kavi, and she burst into tears. It turned out that B had sent her a note apologizing for ghosting her, and said that she’d had a really hard time keeping up with people over the last year. Kavi felt terrible about not reaching out sooner. I reassured her that it was okay, and she should just tell B that she was glad they’d reconnected and invite her to the birthday party.

Which she did, and B came, and the four girls were together again all day, and all is now well.

All of which I’m telling you about, hopefully preserving the girls’ privacy sufficiently, just to say if someone you care about has gone radio silent during the last year, it might be worth reaching out and checking in on them. I think there are a lot of people who were emotionally hit hard by the forced solitude, and who didn’t transition well to only digital connection. Now, as hopefully more and more of us get vaccinated, it’s a good time to scoop them up again.

And if a friend hasn’t been responding to you, it might be that, like me, they were overwhelmed with inputs over the last year, and it doesn’t mean they don’t care. There have been lots of times in the last year when I just couldn’t cope with phone calls, e-mails, whatever. I am slowly picking up the threads of various neglected friendships myself.

Love to you all, including the many, many of you I don’t actually know.

the one is silver, the other gold…” 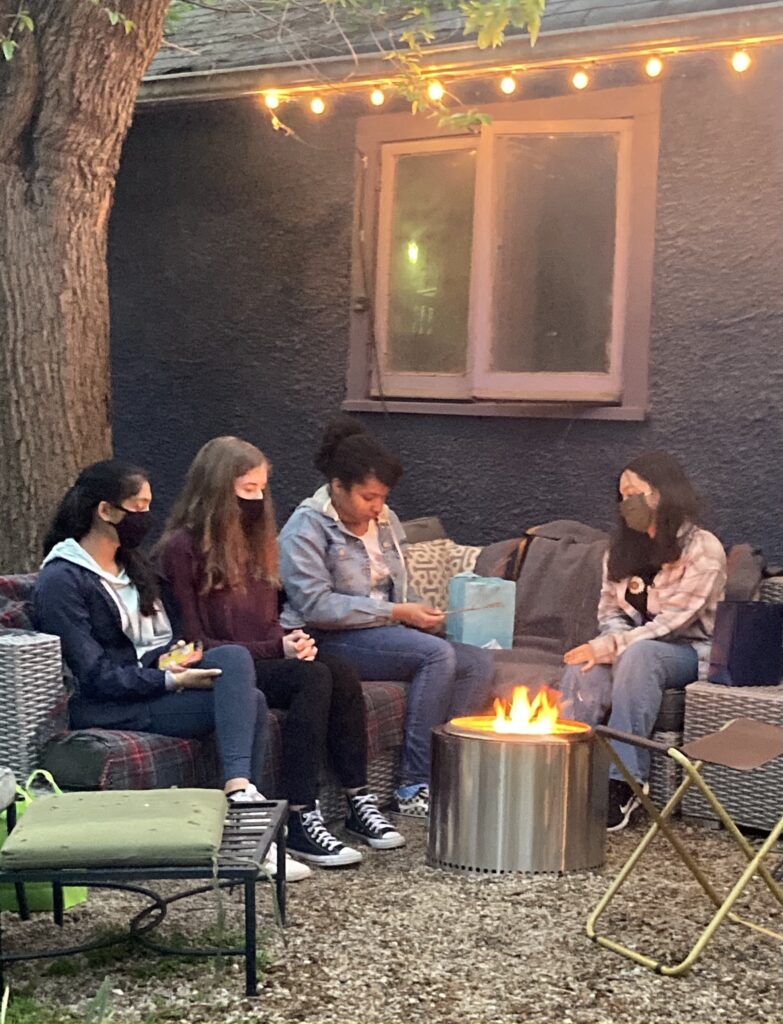