There was a slight frost the last two nights, by which I mean for about an hour in the middle of the night, it dipped to 31-32F. Many local gardeners were running around panicking about their flowers, covering them with sheets and fleece, etc., but I did nothing, and mine are just fine. A teeny tiny dip like this? Almost everything that’s likely to be in the garden right now can cope.

If it’d been a longer stretch of that much cold (or colder), I might’ve worried and tried to do a few protective things.

If it’d happened earlier in the year, when the flowering trees were setting buds, that would’ve potentially been sad — I’ve seen springs with very few flowers on the trees because of an untimely hard frost.

My tender seedlings were protected in the greenhouse, and I haven’t planted out tender tomatoes, dahlias, glads — I’m probably going to wait ’til Mother’s Day at least for those. My indoor tropicals that move out for the summer — some of them would have a tough time with a frost.

But everything else — it’s fine. Don’t worry. Go enjoy the sunshine. And remember to water new plantings!

Fun fact: When they’re expecting a frost in Holland, they spray the tulips with water, so that they’re encased in a protective layer of ice! 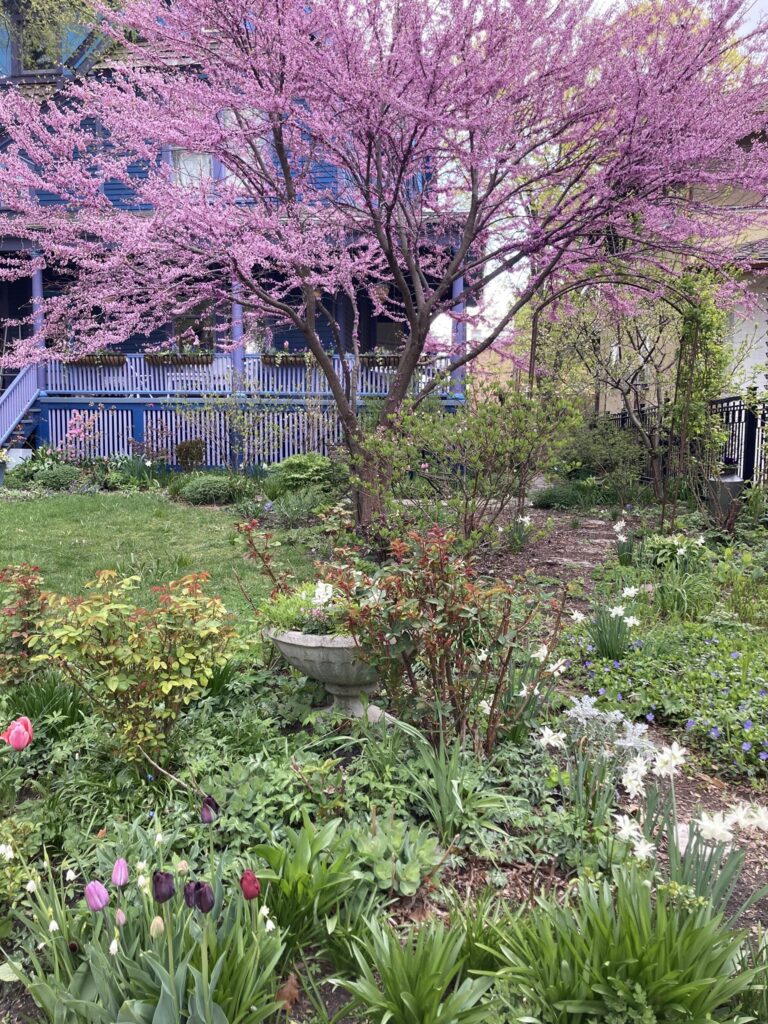