Yesterday I re-read two stories, wrote one scene, and revised another. That doesn’t sound like very much, but when you consider that I had basically not written for two months beforehand, you can see why I’d consider it a win.

I’m working on the Jump Space book, and specifically, “Thin Air,” the interstitial story that’s tying together the second half of the book. It’s a very interwoven book, and I keep moving things around for best effect, trying to think about whether it’ll be a spoiler if I mention what’s happening to the flyers on Ariel before people actually read “Webs,” for example. (I think it’s actually not a real spoiler, Jed, so I rearranged again, and I think this is better.)

I’m a little worried that the Table of Contents is SO complex and choppy; it doesn’t look appealing to me. Some of this is just how I think — my mind is not very linear, and when I write fiction, I’m often juxtaposing one thing against another, asking the reader to produce a gestalt understanding of the whole. That’s how Bodies in Motion was structured, and The Stars Change.

But now TSC is embedded inside this Jump Space book, and I’m not sure what to do about all the choppy-looking sections, though. I could take out all the chapter headings in The Stars Change, and I’ve actually already tried taking out the titles of those individual linked stories, and I think I like it better. I could take out the interludes too — I mean, the material will still be there in the book, but they’re generally single page things, and maybe they don’t need to be marked out specifically in the TOC? I could take out the “Part” markers in Book III?

I don’t know. It just seems like a lot of little sections and titles for what’s still basically an 80-90K standard novel-length book.

(Everything below is written and pretty close to finalized, except for the “Thin Air” revision. Starting to look like a BOOK.)

BOOK ONE: BEFORE THE WAR
Jump Space
Hush

Among the Marithei (just published at Asimov’s, woot!)

Part I: These Days of Peace

Part V: After the Clouds

Part I: Sequel and Prequel

If I re-do Book III, for example, it’d just look like this:

Easier to parse, if that matters?

(Photo from neighborhood walk; not sure what kind of flowering tree that is, but isn’t it glorious?) 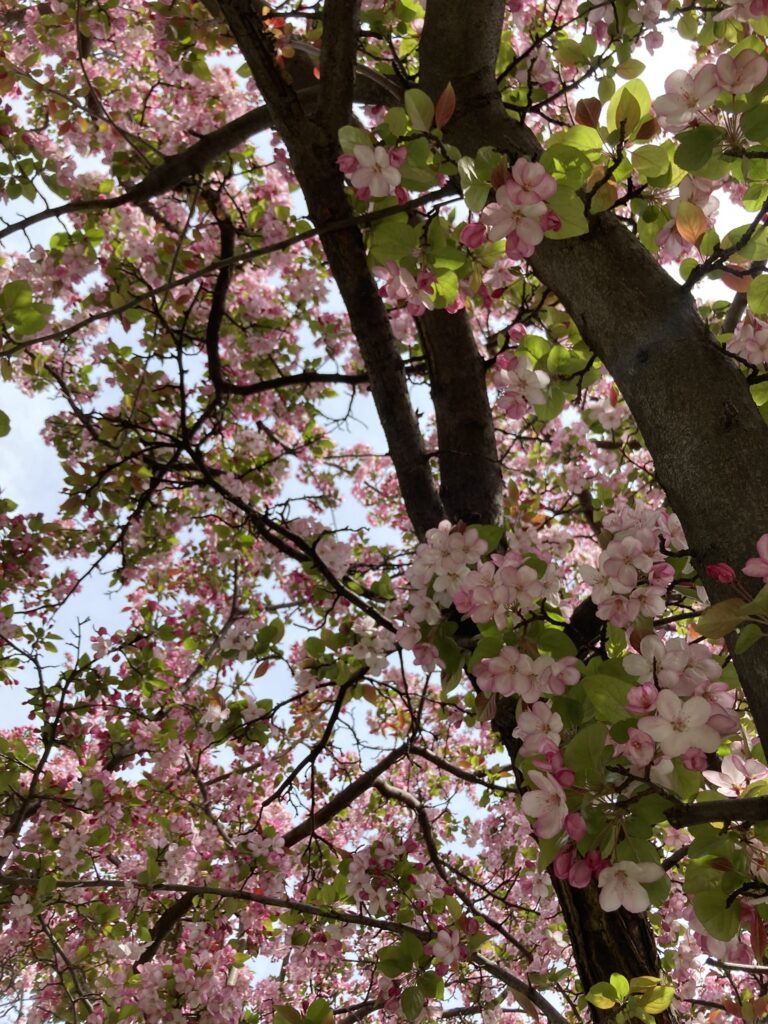