Here’s a garden treasure — this tiny beauty is the double form of bloodroot, an IL native. It was gifted to me last year by someone in our local garden club group, and I’m so happy to see that it’s taken well under my redbud. I may try to propagate it by vegetative cutting, so I can grow a little colony and then eventually, give some away.

“Sanguinaria canadensis is a herbaceous perennial native to eastern North America including southern parts of Manitoba, Ontario, Quebec and the Atlantic Provinces.

The Multiplex form is a mutant discovered near Dayton Ohio in 1916 by an amateur botanist Mr. Guido von Webern who had a love of nature and a perceptive eye. The Multiplex form is a sterile plant that cannot set seed as all stamens and even the carpals are transformed into petals. Because this plant does not set seed, the individual blooms will last much longer (up to a week or more) than the blooms on the native single form of bloodroot that drop their petals as soon as the bloom has been fertilized.

Propagation of this plant is only accomplished by vegetative cuttings.

von Webern protected and multipled the small plant he discovered, and by 1919 he had enough to share divisions with several friends and arboreta. There is a wonderful story on the internet about how von Webern came to discover this beauty, and how by 1966 after von Weberns death it was feared the plant had been lost. Luckily one of the friends to whom von Webern had sent a division of this prized Sanguinaria was M. Henry Teuscher, Emeritus Director of the Montreal Botanical Garden, who had preserved and propagated the plant. (please email if you would like to read the whole story)

Today this Double Bloodroot is found in the odd connoisseur’s garden but is considered somewhat rare and difficult to find for sale.” 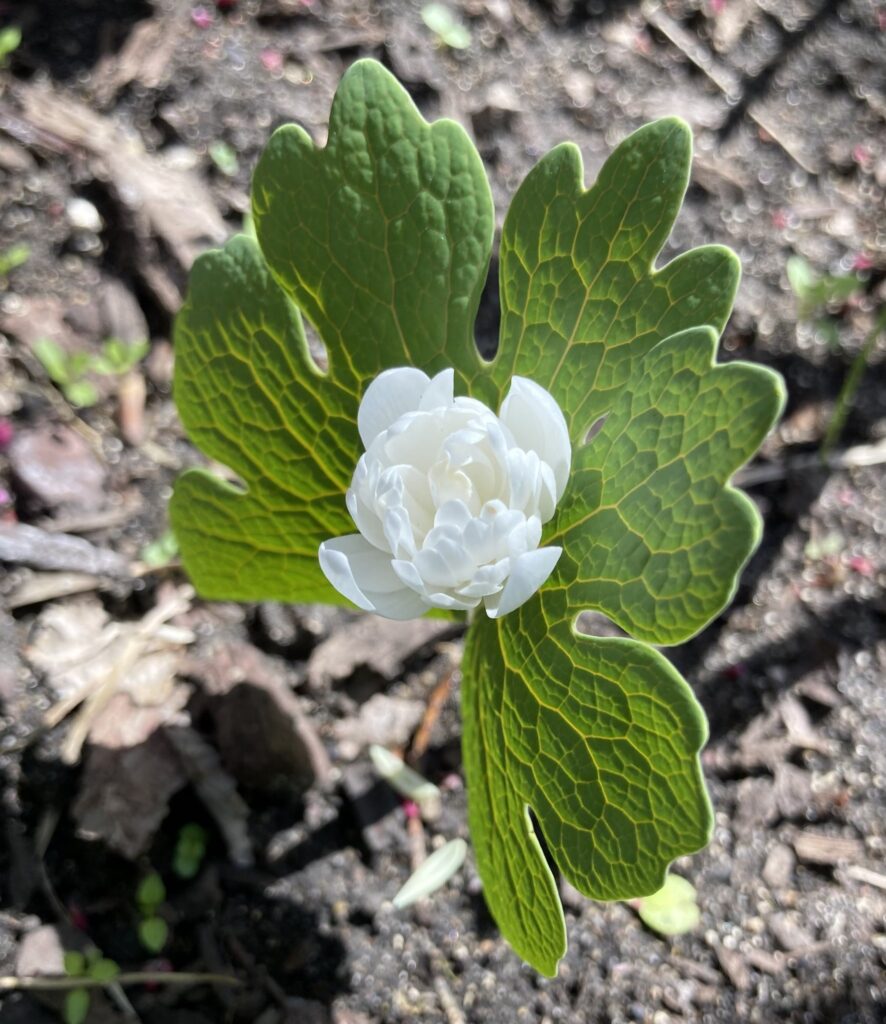