Looks like some seedlings are ready to move out to the greenhouse.

Oops — too many seedlings germinated in these containers (photo 2). I’m going to try to divide them, gently pulling them apart at the roots, into 2-4 separate containers. Most seedlings can take a little bit of that, if you’re gentle, although the seed packet should note if they don’t like their roots disturbed. Some seedlings are prima donnas: “Leave me alone!”

Now isn’t that a nice tray of peppers and tomatoes? (photo 3) The cardboard box is helpful for carrying them out, but I’m planning to put them on a self-watering tray in the greenhouse, which should help keep them alive if I forget to water for a day or two (which happens often around here).

Now we’re going to be a little bit brutal. These over-planted seedlings (photo 4) have already been divided once, so I don’t want to risk disturbing the roots again. Instead, I’m going to go in and snip away most of the seedlings, leaving just one in each pot. This process feels a little brutal, but if I don’t do it, they’ll all end up struggling.

Oh, it looks so sad after the snipping. (photo 5) I’m pretty hopefully that they’ll come back strong in a few days, though.

Finish off with a nice long drink!

(I meant water for the plants, but if the stress of snipping leads you to a morning mimosa, that’s okay with me too.) 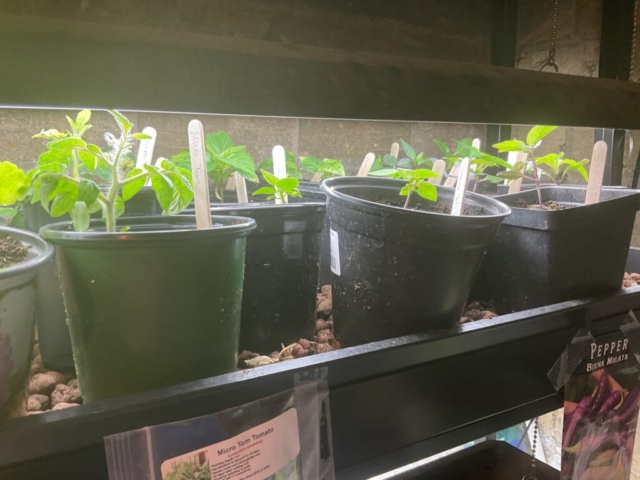 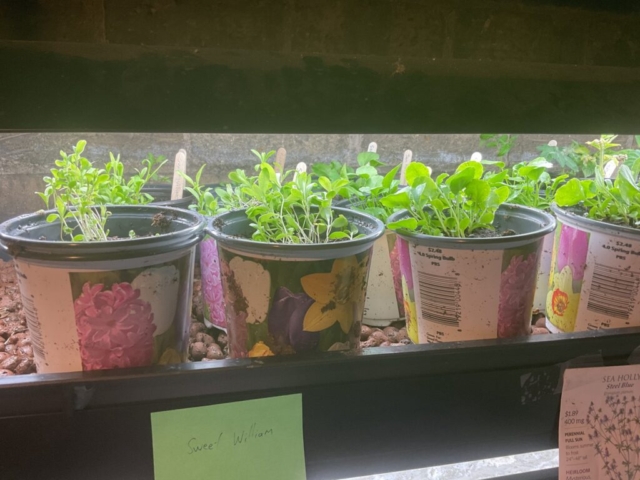 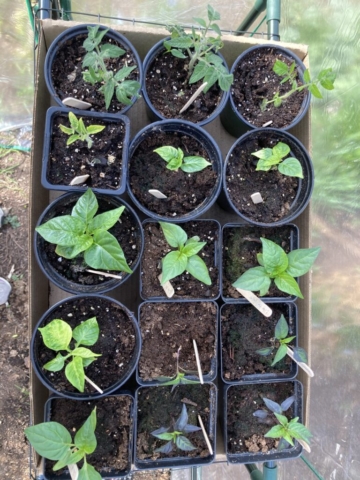 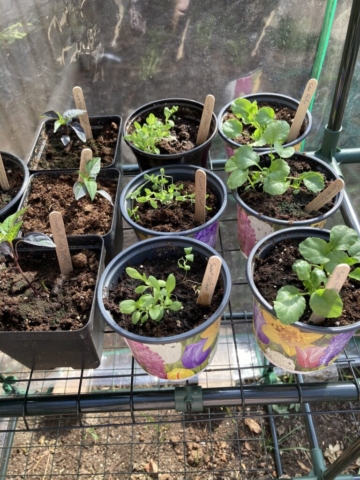 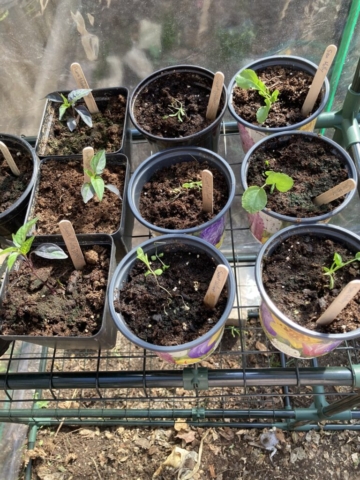 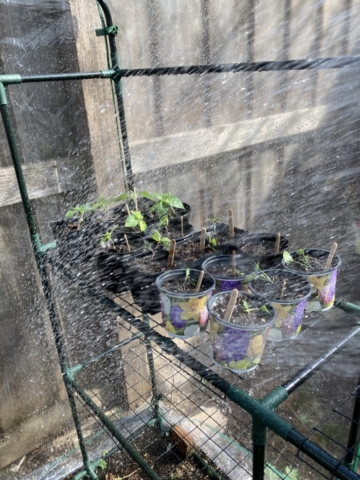