Pruned the forsythia a few days ago. When I first put it in, the landscaper commented that it was a ‘weedy’ shrub. I’m not sure what he meant by that — maybe that it had a somewhat messy habit, maybe that it might sprout additional forsythia babies? But my garden isn’t very neat — I like a wild, witchy garden look. So forsythia fits in perfectly, and though I do a little pruning, it’s mostly to keep it healthy and to have branches for the house. I wouldn’t mind if it got a little more weedy, actually — some forsythia babies would be nice.

The top photo is after pruning (with flowers in bud, but not yet in bloom). Basically all I did was go in and remove any dead branches (not many), and look for places where branches were crossing against each other (it’s good to remove those, because they can rub against each other and then open up a wound that leaves the plant vulnerable to infection).

Just doing that took about 10 minutes, and gave me a big messy bundle of branches. Next step, bringing them into the kitchen, where I trimmed them down to size of my vase, removed the lower flowers (because if they sit in water in the vase, they’ll rot), and plopped them in. The leftover little branching stems I trimmed off made a second arrangement in smaller vases for the powder room.

You can bang woody stems with a hammer if you like, to open them up more so they can take in more water, and/or soak them for a few hours or overnight in a bathtub of warm water, but generally, I don’t find forsythia needs either of those. Plop them in warm water, and a few days later, boom! Bright gold spring sunshine in your home.

(And if you don’t have a forsythia bush yourself, you might ask in a local garden group — some people have lots, and if you’re willing to prune for them, they might be willing to have you take away some branches. They also often sell branches at Trader Joe’s, etc.) 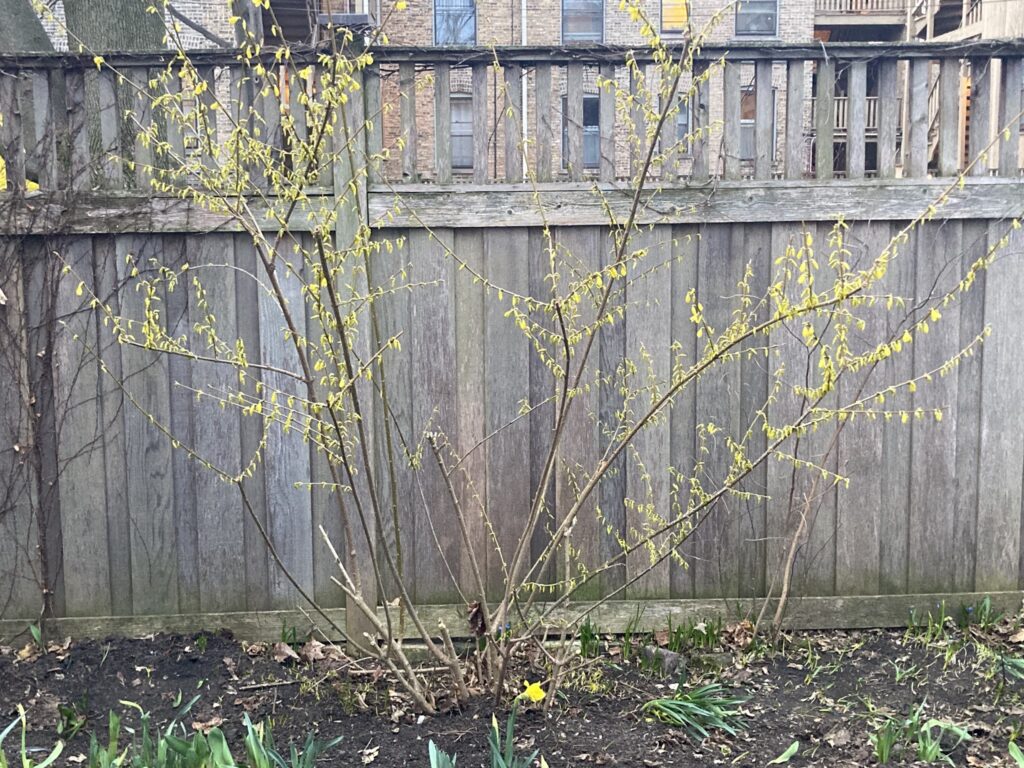 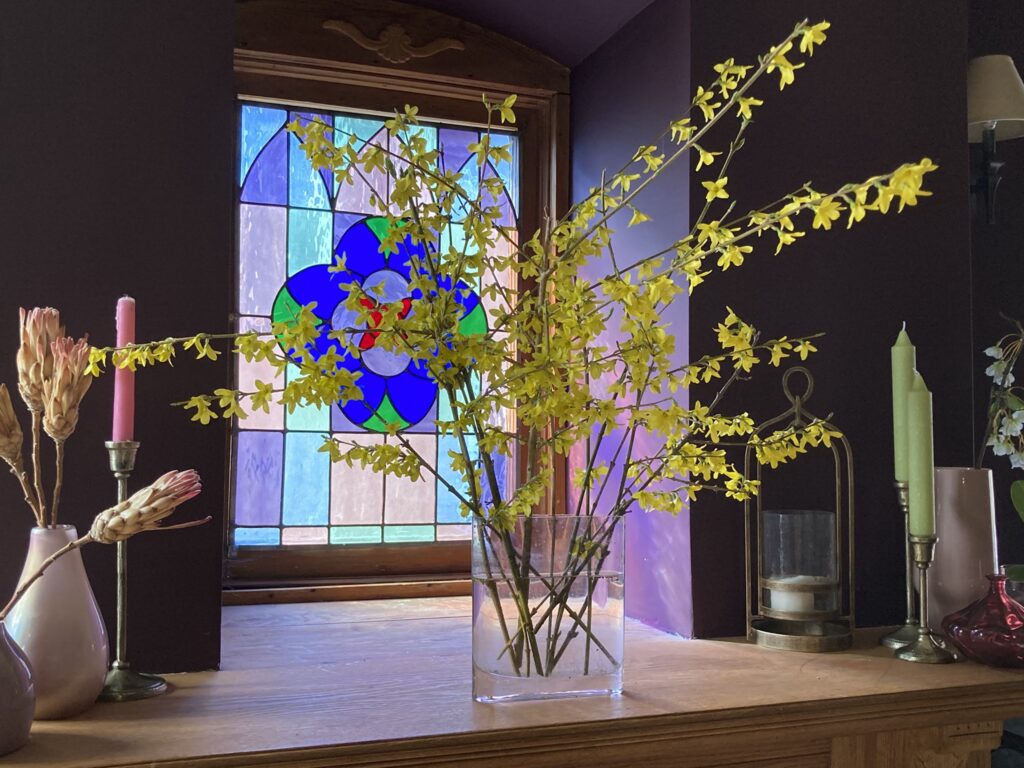