I promise they were having lots of fun, although it doesn’t necessarily look like it in this picture. Teaching game of Planetarium with Kavi and me, and it came out very close — Jed won, but just barely.

This is also a game I don’t need to own, I think, because there’s a sort of fiddly scoring mechanism that I don’t love keeping track of during the game. But it’s a cool concept, and was fun to play a few times. 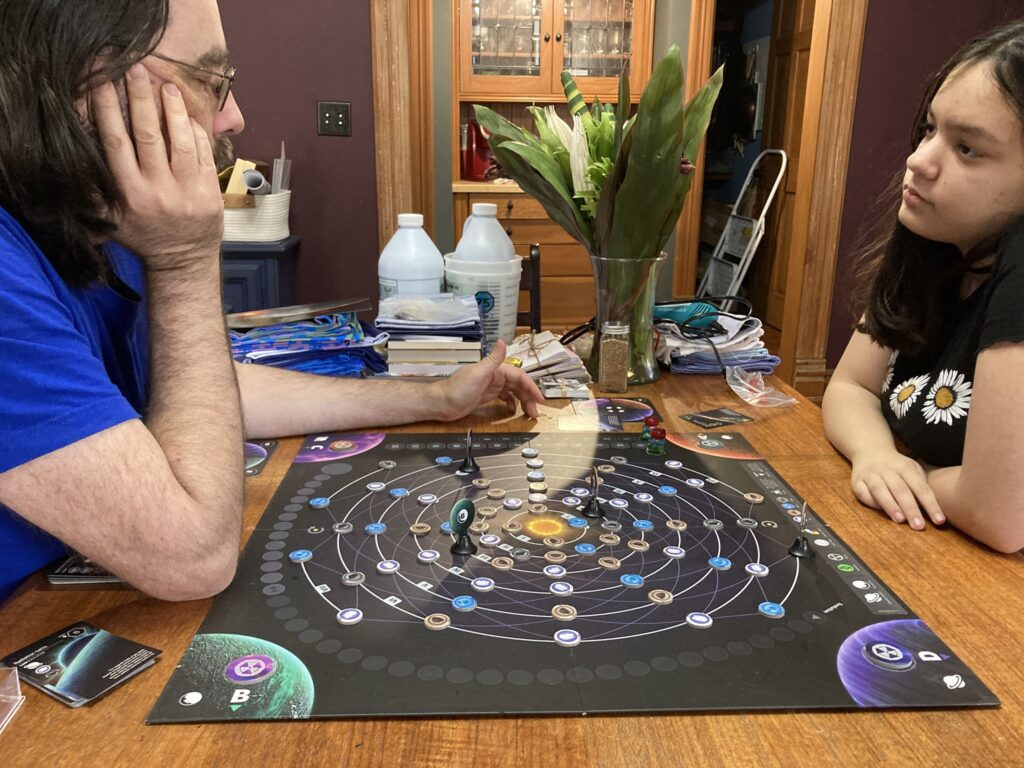