More resin experiments, with dried flowers from last year’s garden. I made one fatal error here — worried that Anand might absent-mindedly mess with the curing pieces if I left them on the kitchen island (he tends to touch things as he walks around the house without noticing), I transferred them to a cutting board and moved them to a safer spot. Prudent, right? Wise, even!

Unfortunately, I didn’t realize the cutting board was a bit warped, and if you scroll through the photos, you’ll see that in some of the pieces, the resin poured off the edge (like the puzzle piece), and in some, the encapsulated flowers shifted position dramatically.

So, I learned a lesson, didn’t I? Resin-making likes flat surfaces.

Some of them are only a little messed up, so now I’m wondering if it’s possible to just cut off excess resin. Easy? Hard? Not worth the effort? Advice welcome.

But all that said, I do like the overall effect. Kavi likes the flowers + gold flakes, unsurprisingly. I like those, but I like the plain flowers just as much, I think. That blue + gold bookmark I’m holding is my favorite out of this set, though. I might keep it. I made two that way, and Kavi has already claimed the other one.

Jed thinks the bookmarks are a little thick for actual bookmarks, and he’s probably right — it’s making me think that I could possibly just fill up the molds halfway next time? If I go very slowly with the pour? Hm. I mean, they’re usable like this, but if you’re very careful with your books and their bindings, you might not want to use this kind of bookmark.

I also have to try to figure out how to put holes in a couple of these pieces that are meant for jewelry. At least I think that’s what they’re meant for, like the little triangle shape? A drill bit, I think, is the next step there.

Another step will be painting a little bit of resin on the backs of these, because dried flowers float, and so they’re protruding a little. If any organic material is left to touch air, it will rot over time. But a little extra resin should take of that, I think. I could try coloring the resin first, but that might be a little much for delicate dried flowers; I’ll probably stick to clear. 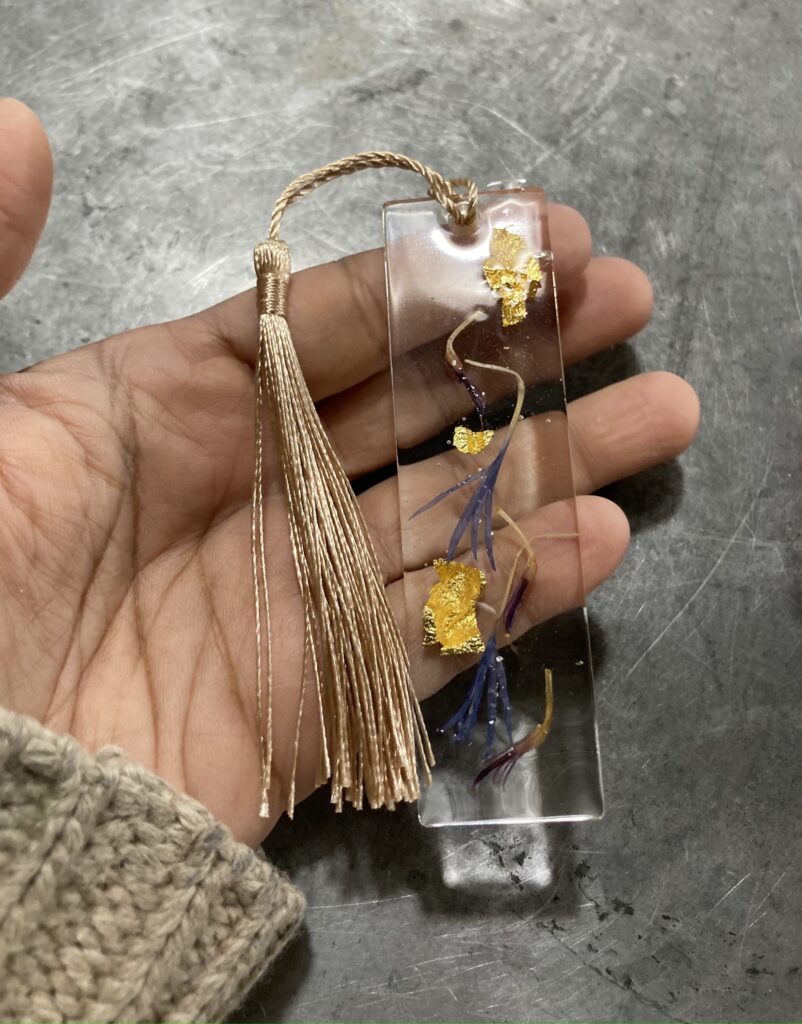 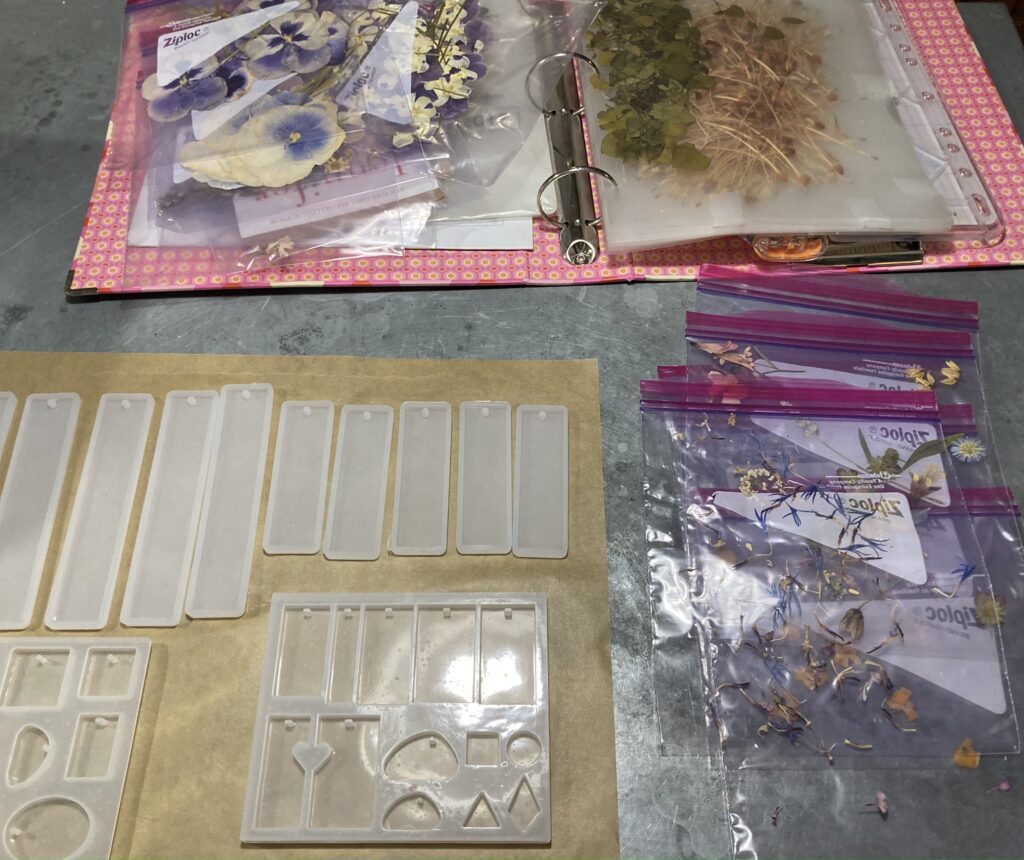 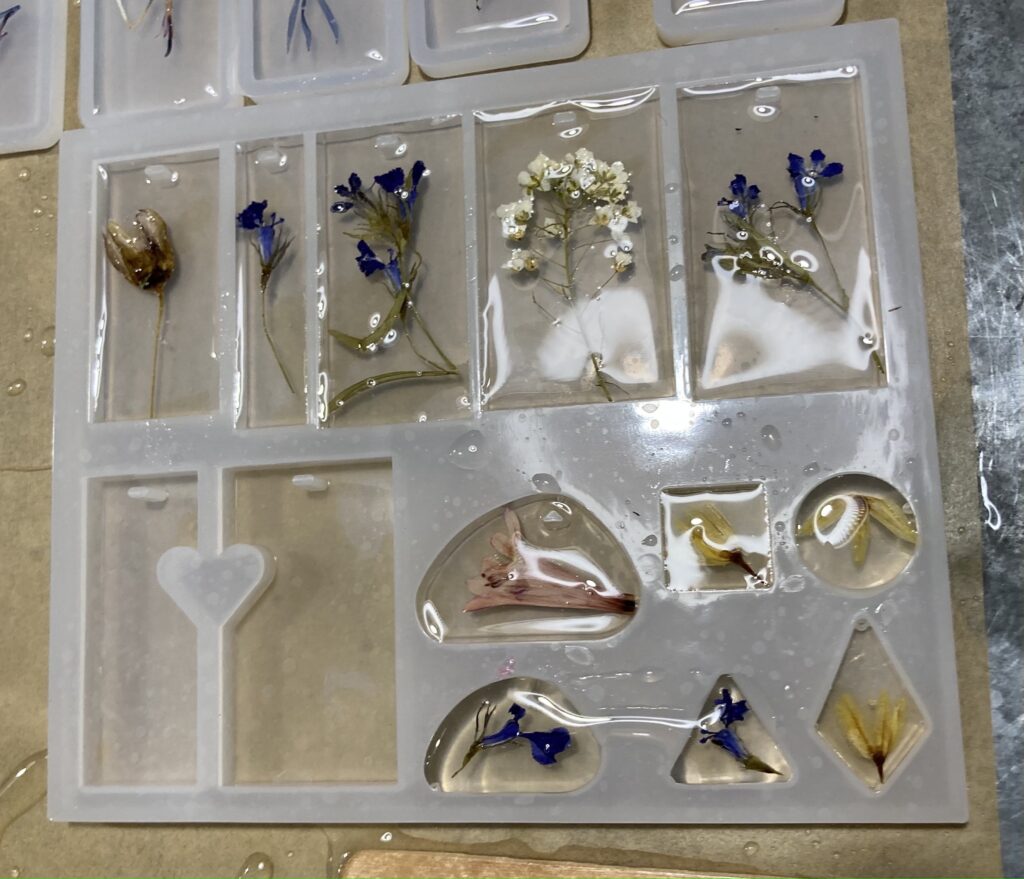 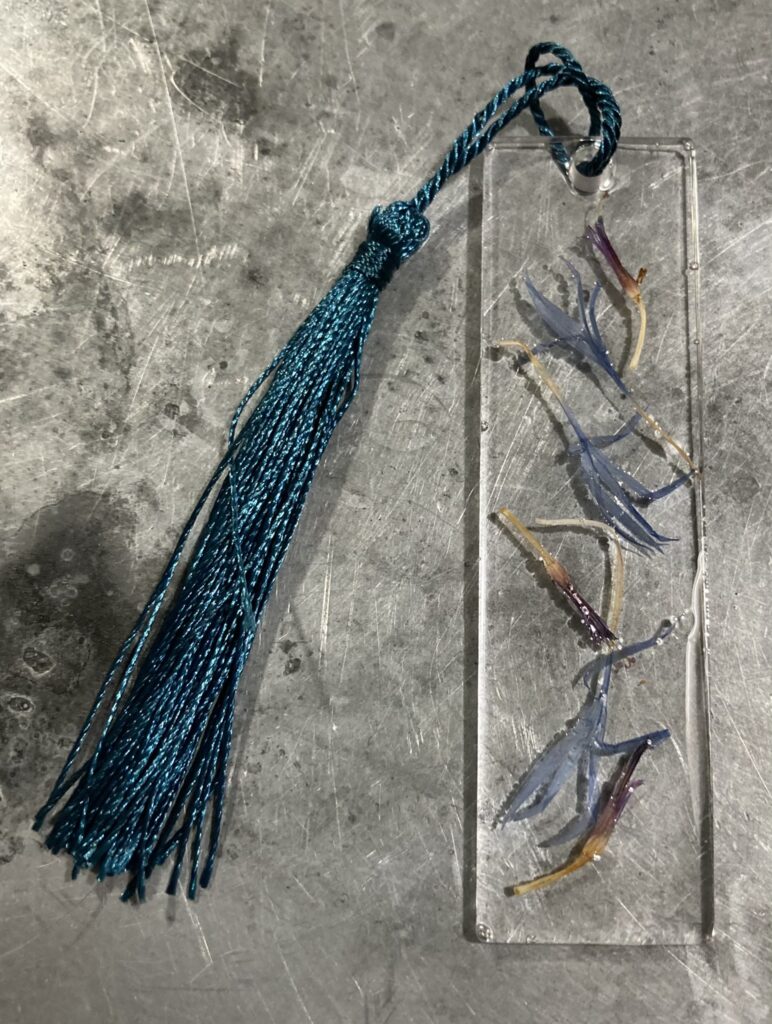 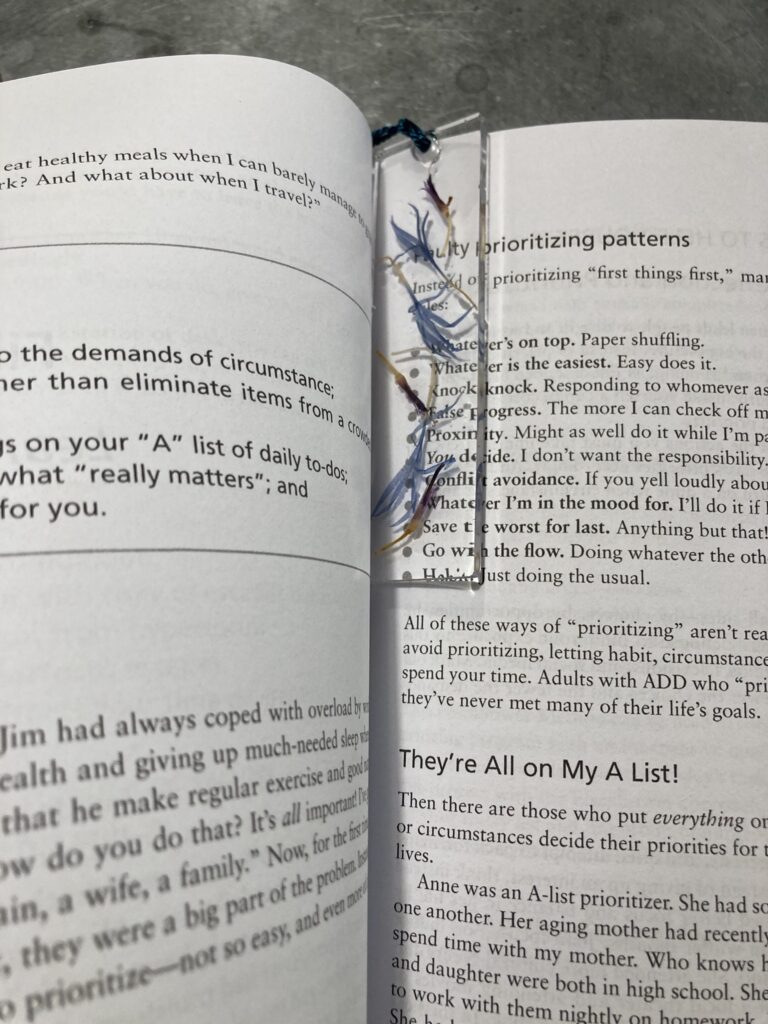 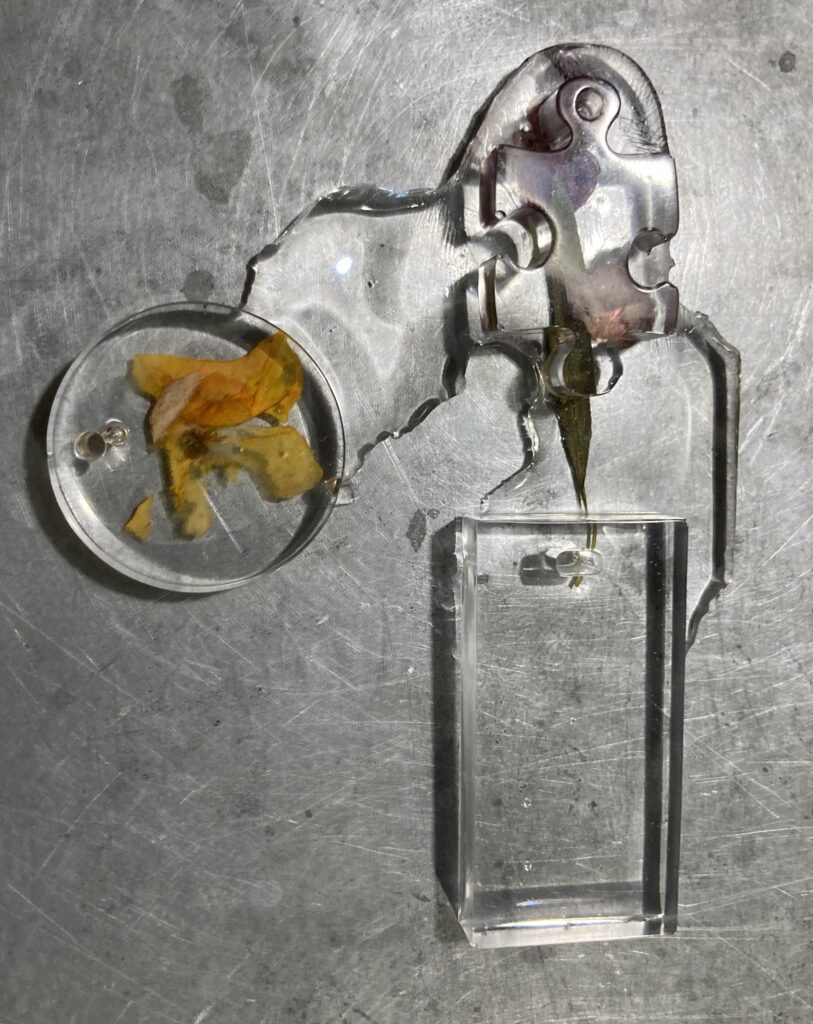 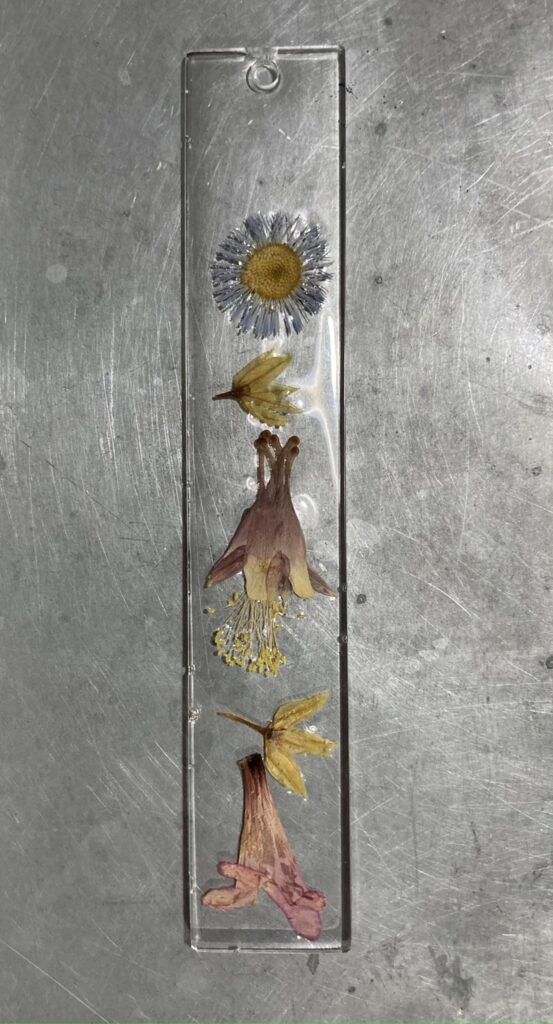 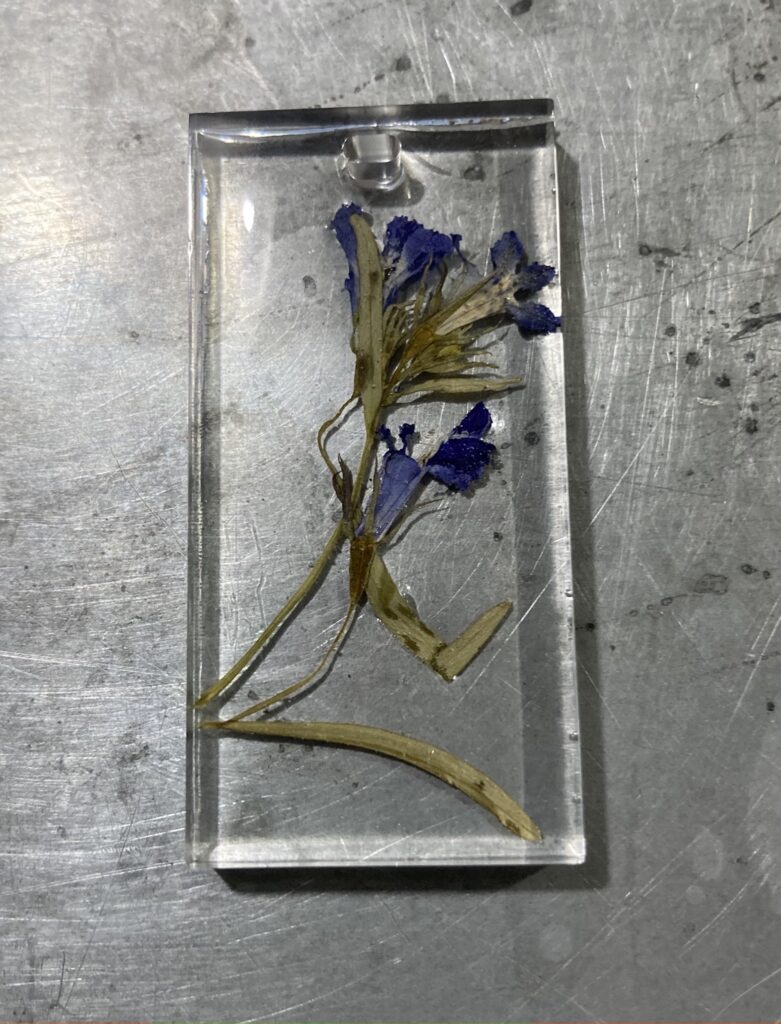 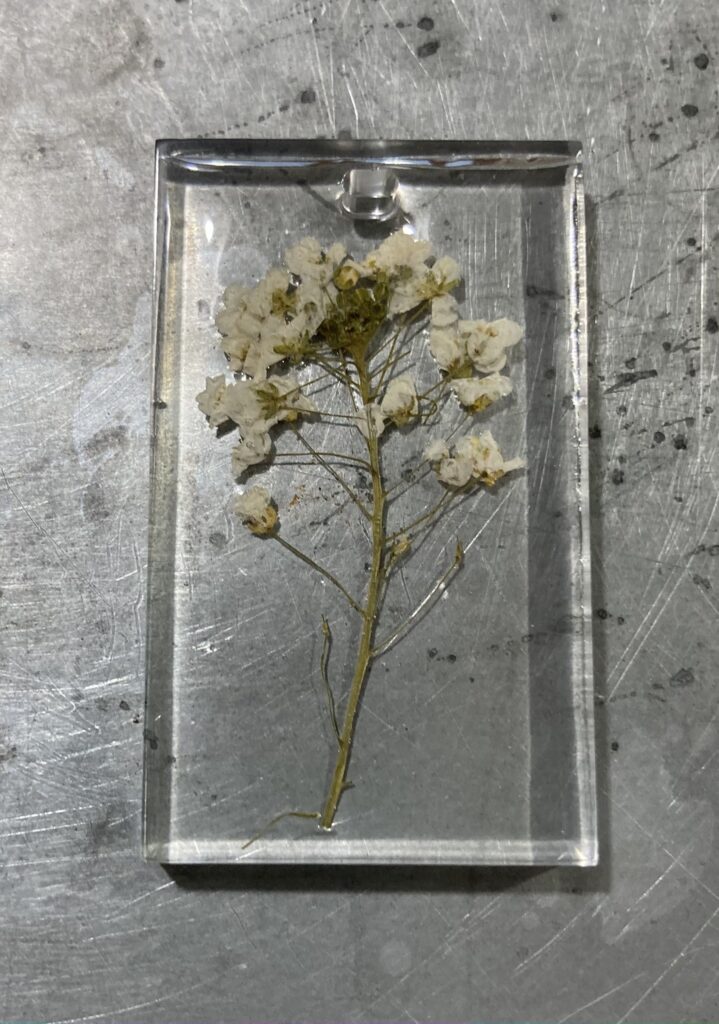 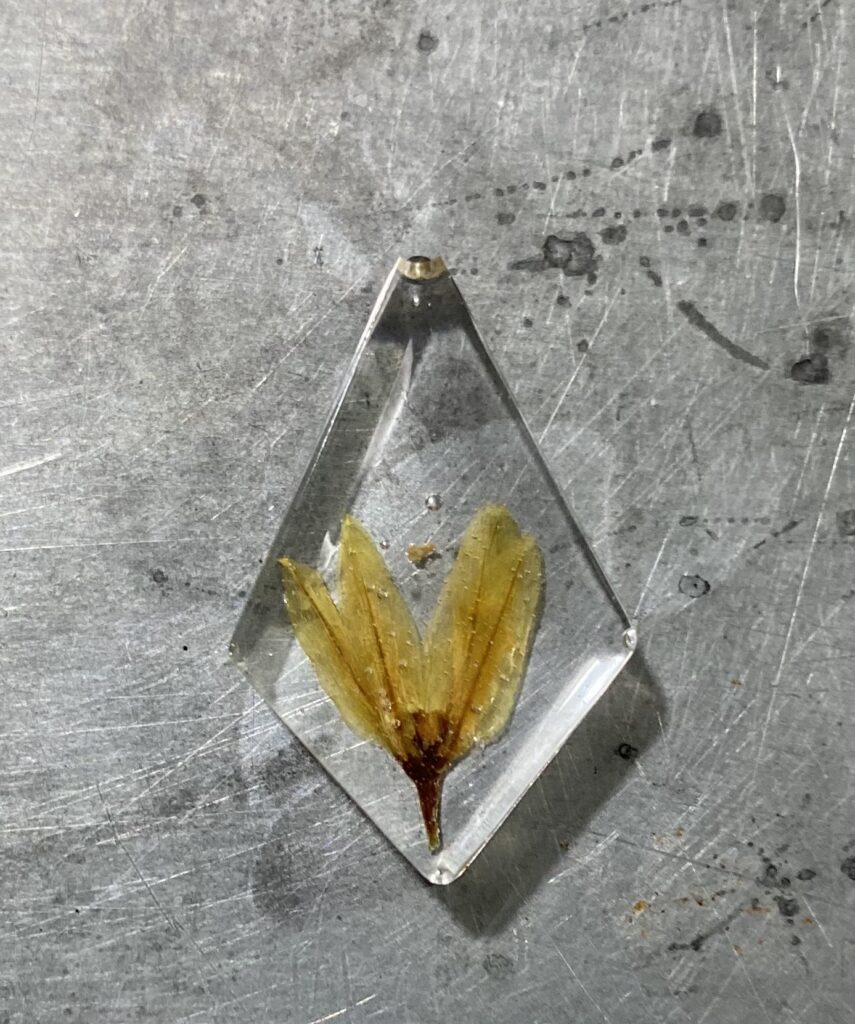 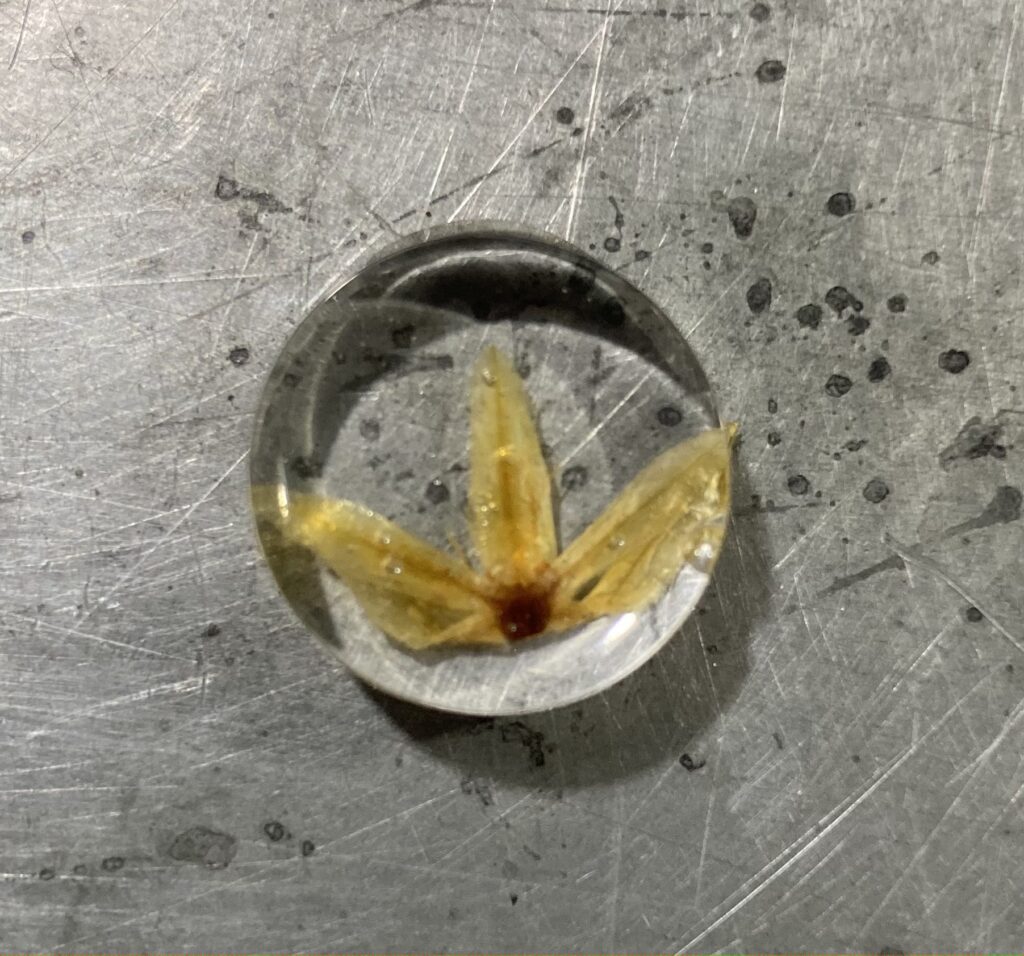 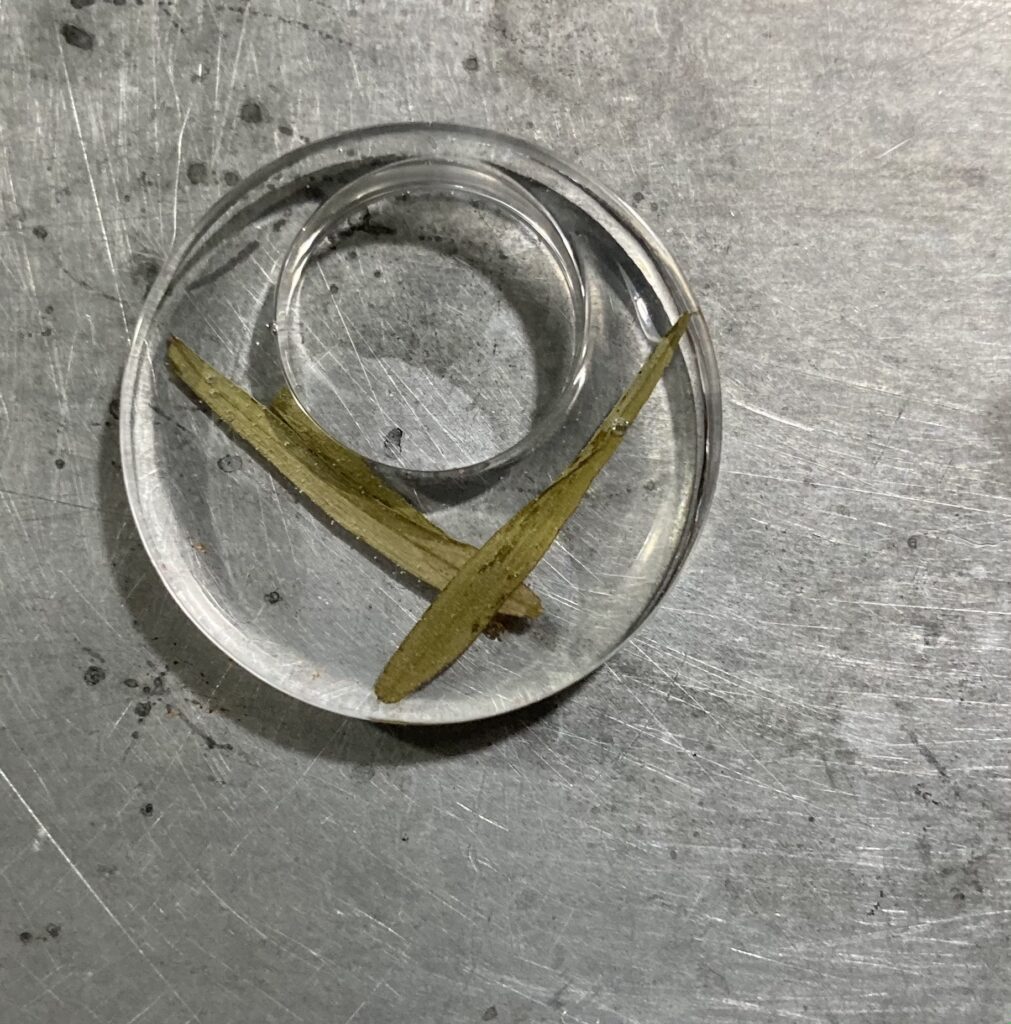