Various readers here refer to my #spacecats, so I feel like I ought to do an update. Sripati is to the best of my knowledge safe and well cared for; he’s also no longer part of our household.

My cats were indoor-outdoor cats; they’re former ferals, and it felt cruel to keep them indoors. (No time or interest in a debate on that topic here; any comments to that effect will be deleted. This is a very hard and personal topic for me; you’ll see why below.)

When Sripati didn’t come home one day, I called around, posted flyers, walked local streets for many hours for many nights calling for him, etc. No sign of him, but I had had unpleasant encounters before with a couple of people in the community who were very anti the concept of outdoor cats; two of them had bitterly harangued me on the subject. I had a suspicion that perhaps Sri had been taken by one of them.

That turns out to be the case, it looks like. Recently, I got a notification from Sripati’s chip, that he’d ‘been found’. I called, and it turned out from talking to the vet that someone had had Sri for months, had finally brought him in (looking well-groomed and well-fed, the vet assured me), the chip was discovered, of course, and so I was contacted.

The vet was in a difficult position — I didn’t want to push him to give me the contact information for the person who had stolen my cat. I sadly asked him to please pass my phone number and e-mail on to that person, and to tell them that if they didn’t want to return him, I was willing to sign over ownership of Sripati to them so that they would be able to keep taking care of him properly — taking him to the vet, keeping up his village licensing, etc.

They never called; presumably they’re worried that I’ll demand my cat back, despite my assurances to the vet. The upshot of all of this is that I’m frustrated that I can’t do this last thing for Sripati, but I do think he’s with someone who likely adores him and treats him well. Maybe they’ll be able to keep bringing him to that vet who will know to turn a blind eye to the chip in Sri’s ear.

Hopefully he’s adapted to becoming a solely indoor cat — it’s hard for me to imagine given how adventurous Sripati was previously — he was forever climbing to the top of our garage, leaping from there to the shed roof and then the fence. But he was an adolescent then, and now he’s older, so I hope he’s settled down to a quieter adult life. He already made a big transition from being a feral cat found in Puerto Rico by the astronomers at Arecibo Observatory; he’s adaptable.

I take a little comfort in the fact that he and Arya (brothers) had started scrapping at each other a bit around the time Sri was taken, as I gather adolescent boy cats are often wont to do, so perhaps he’s enjoying a more peaceful life now. Arya can be a bit of a bully, I think.

So we’re now a one dog (Ellie) and one cat (Aryabhata) family. It’s sad, but I think Sri is probably doing fine, which is the important thing. 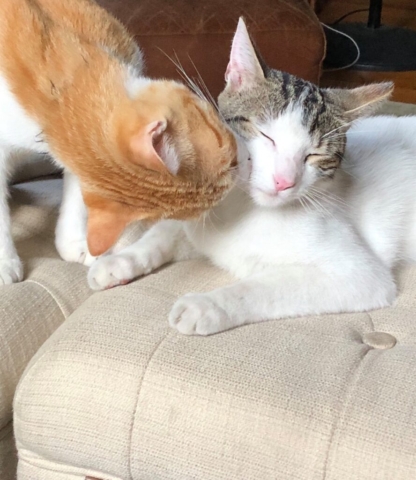 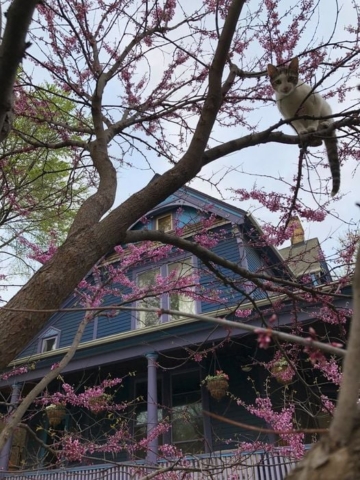 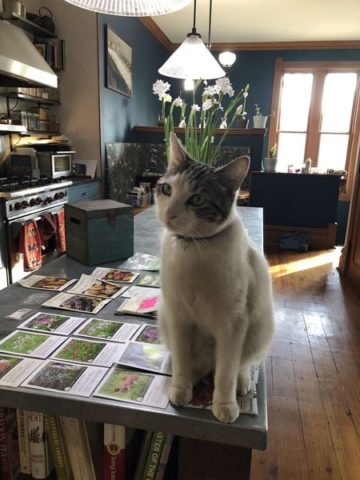 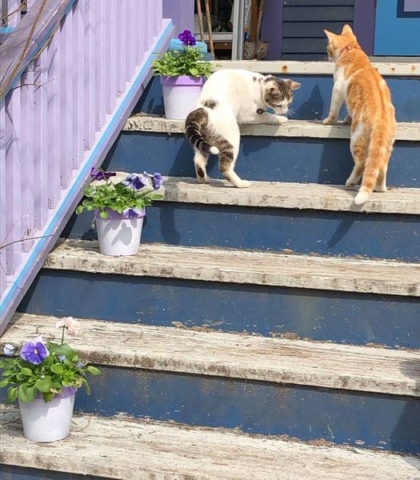 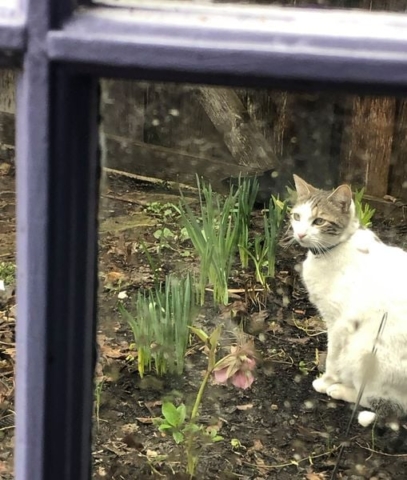