So, mostly I’m trying to resist the urge to start garden clean-up, since it’s better for the pollinators to leave them undisturbed until temps are consistently above 50F. There’s still plenty of snow on the ground in most of my garden, which helps! Looking at the forecast, I think it’ll be another two weeks at least, for most of it. I’ll take down my outdoor Christmas decor, finally, and leave most of the garden alone for now.

But there’s a little patch by the front door that bakes in sun, and all the snow there has melted, and that’s the bit where I do rake away a little leaf cover, because I have tender snowdrops pushing up there (which otherwise get smothered under the thick leaves that fall there), and also a few different hellebores.

Now the hellebores will be fine if you leave them alone, but it’s just so heartening to see them starting to bud out! So I carefully rake away the fallen leaves (if you’re too rough, you can break off the buds, which would be very sad). And the old leaves are sometimes very raggedy (seems to depend on variety and weathering which ones that happens to), so I trim the worst of those away too. It’ll put out new ones quickly for the season.

End result — I’ve gotten a little of my winter garden frustration out of my system, and there’s a little patch of spring, starting to bloom.

c) hellebore after raggedy leaves are trimmed away 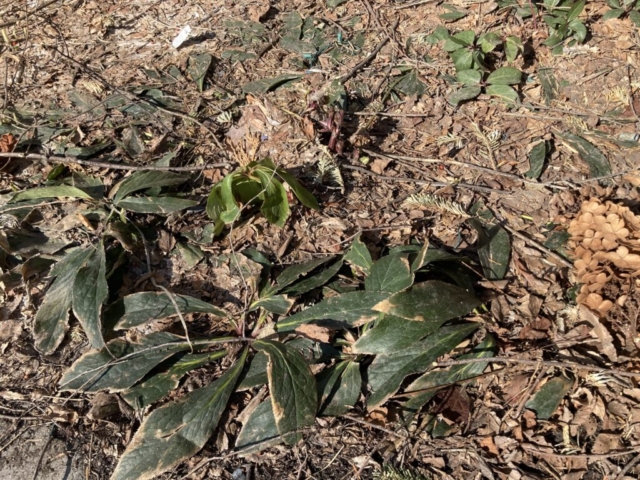 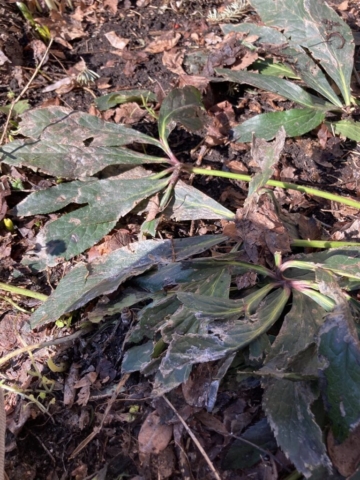 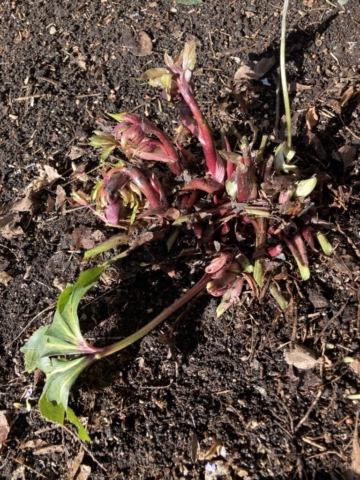 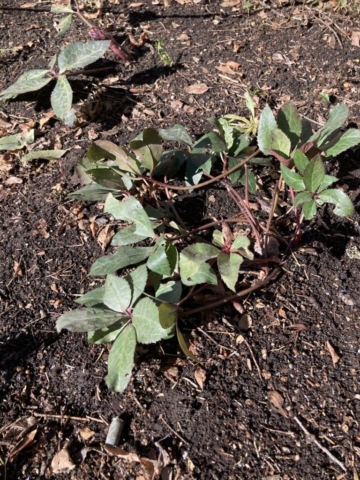 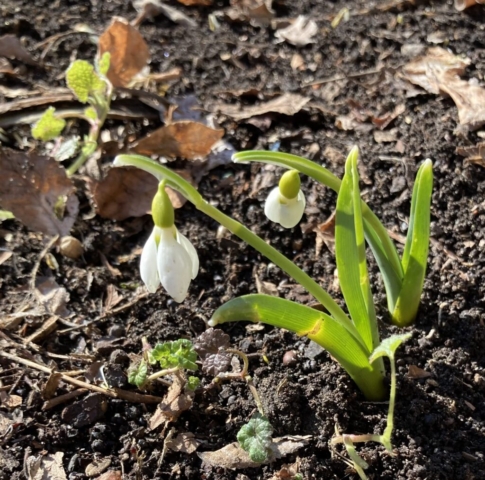