I spent 9-5 on political work today — iGov meeting, candidate responses to questionnaires, candidate forum. I was pretty tired after that, so I goofed off for about four hours after that; Polytopia has a new tribe you can play, so I did that while watching a season of The Chef Show, which is pretty entertaining, though I think you get more out of it if you watch the charming food movie Chef first (on Netflix).

Eventually, though, I started wanting to ‘make’ something again, so I spent a few hours tonight watching Outlander and creating a new design. Unicorn Woods. I like it in all these mock-ups, but I do wish Spoonflower did clothing mock-ups too, because I think these would be great as silk pyjamas.

Will spend some time tomorrow on more colorways, and then order proofs — hopefully they look as good in person as they do on screen! 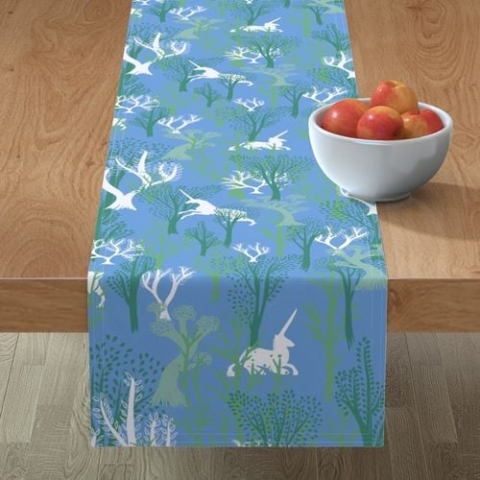 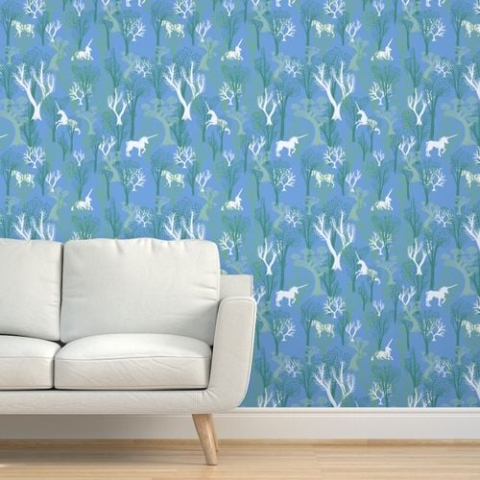 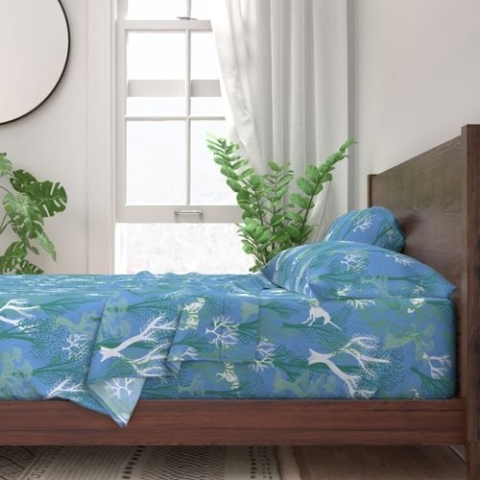 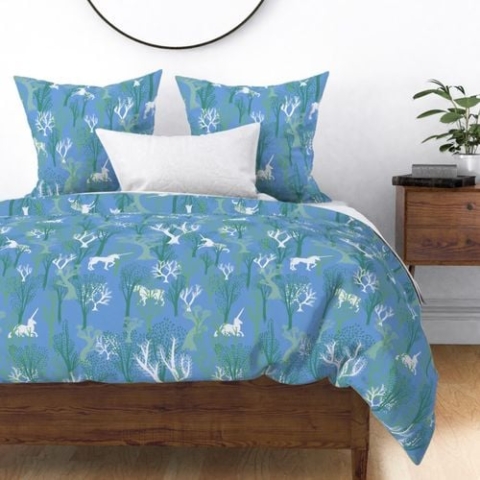 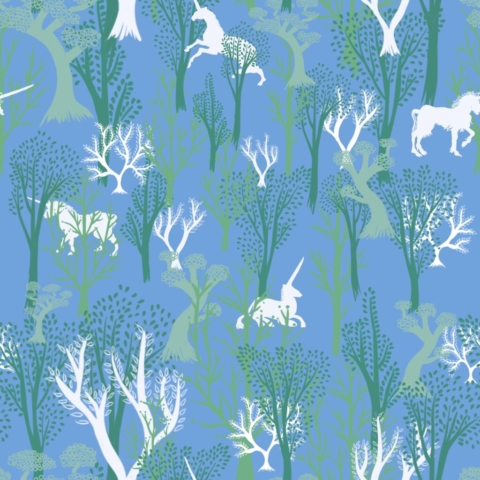