I spent a while on mapping the galaxy in my “Jump Space” stories just now, and realized something I hadn’t thought about before — because there’s not faster-than-light travel in my universe yet, planets are connected only by wormholes, which don’t generally seem to have any connection to physical proximity.

Which means that if any species ever does develop FTL, that suddenly changes the map of the galaxy. Your worst enemy (through the wormholes) might suddenly be right next door in physical space.

And if FTL ever gets faster than wormhole travel, then everything really changes. Fun.

I’m supposed to take an hour to clean with the kids now, but after that, I think I’m going to try drawing a map.

Now, what color should the human-settled worlds be?

[image by Jack Kotz, of the University of All Worlds, on Kriti, one of Earth’s granddaughter planets (two jump points away)] 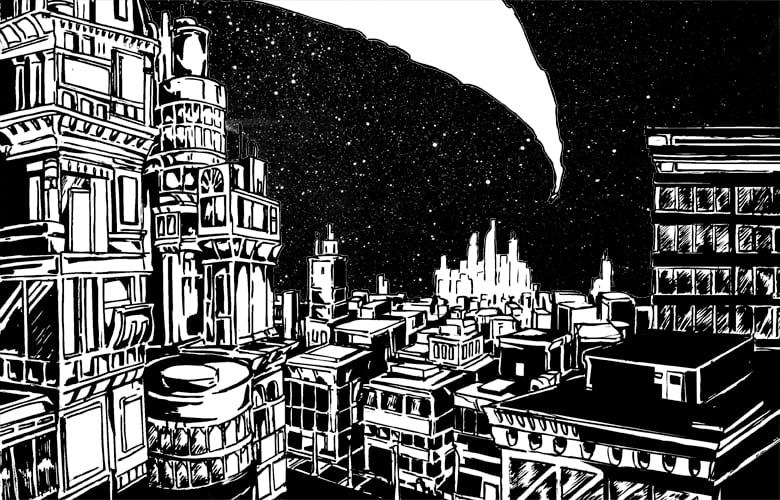