Delighted to announce a story sale of “Wake” to Scott Gable’s anthology _Whether Change: The Revolution Will Be Weird_.

This was a deeply personal story — I pretty much wrapped up all my anxieties about the pandemic, Black Lives Matter, protesting in crowds, raising mixed race children, being brown and entering conversations that should center Black voices, etc., and threw it into one story. Plus some dream-walking… I’m not saying Kevin and I are two of the main characters in this, but um, maybe we are. It might also be basically set in Oak Park.

I appreciate Scott taking a chance on publishing it; I’d worried that it was a little too politically uncomfortable to find a home. Guess not!

I’m not sure what’s the best way to hear about when it’s available for pre-order; maybe Scott can chime in on that. Here’s a little teaser from the opening to my story:

Amudhini reached out to touch her husband’s hand, feeling guilty about disturbing his sleep, but needing the reassurance. Outside their window, the sun was climbing in the sky, and all seemed well, but Amu’s sleep had been troubled. A roiling mass of incoherent dreams, dark figures striding across a shadowed landscape, torches blazing. Stephen made a small, grumbly noise, but then his fingers curled around hers, squeezing.

He tugged, and she shifted closer, into the shelter of his arms. She pressed her face against his smooth chest, inhaled the reassuring scent of him. “Me too,” he said. “All those torches…”

Amudhini took a quick, startled breath. It had been a long, long time since they’d walked in each others’ dreams. It happened so rarely once the children had arrived. She’d assumed the gift had mostly been smothered by the daily weight of meal planning, homework supervising, doctor’s appointments and clothes sorting. Their minds were so full, between the children and their own work, there wasn’t much room left for…well, whatever the dream-walking had been. They’d never really found a good word for it. 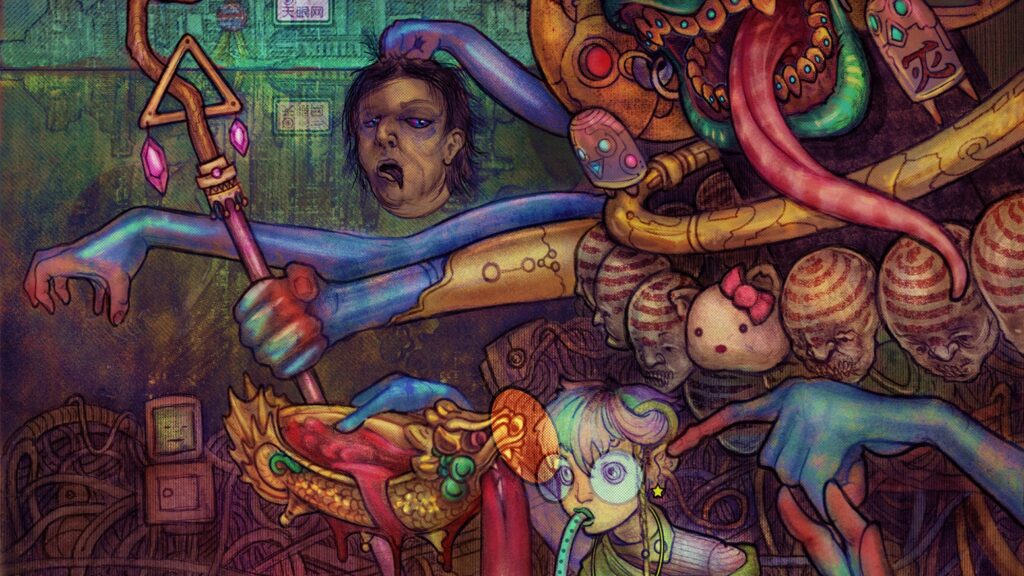