Okay, here are my WW84 thoughts (watched yesterday with Kevin). It mostly didn’t work for me, but I’m still sort of glad I watched it (with expectations appropriately lowered and a phone in my hand so I could play Polytopia during the boring bits).

The discussion below will involve spoilers, though honestly, for this particular movie, there isn’t so much that you can spoil that matters, I think. But if people can avoid spoilers in the comments anyway (or use spacers to make them not visible at a glance) as a courtesy, I’d appreciate it.

So, things I liked about the movie:

– the opening sequence at Themyscira was terrific, and I would gladly watch an entire movie set there (which I think many of us said after the last movie, maybe if we keep saying it loudly enough they’ll eventually give it to us?)

– Diana learning how to fly without a jet (more power for WW, good, also a nice moment of something she got from Steve, helping to make the whole sequence with him not ENTIRELY pointless)

Umm….I think that’s it for things I actually liked.

– the Islamophobia of the initial bad guy sequences — I get that they were going with oil because of the greed / wealth / 80s thing, but they could’ve done better in handling it in so many ways

– the boringness of the entire second half

As for the rest of it, I think what happened is that they were going for something tonally re: the 80s and culture of materialism and greed, trying to play that against a sort of farcical over-the-top comedic style (kind of like Guardians of the Galaxy?).

And maybe that would have worked, except the ‘wish’ concept was just too ridiculous to buy into, and they had to play it so broadly (given the style they’d gone for) there was never any real menace or tension.

Usually in a story, you want both external and internal tension for your protagonist. The external tension was just ridiculous here — none of the stakes felt real, when they did things like throwing up giant walls around ancient kingdoms. And in fact, they turned out not to be real — everything basically resets at the end of the movie.

Resetting like that is generally a BAD CHOICE, writers. You’re coming perilously close to ‘it was all a dream’ territory. Stakes have to be real, even in a superhero movie. Even with Avengers: Infinity War, though they reversed the big dramatic horribleness, they maintained some real losses, so the sequence of movies retained some bite.

And then on the personal level, I didn’t want a movie where Wonder Woman’s deep personal crisis was that she couldn’t let go of her dead boyfriend. Nothing against Steve Trevor or Chris Pine, but that’s just never going to be what I want from a Wonder Woman movie, and it felt like it failed her. I’m kind of amazed no one in the writer’s room said that on day one, when they first started throwing this idea around.

I still want to see the next Wonder Woman movie. Learn from this debacle. Do better.

Okay, go to with your discussion. 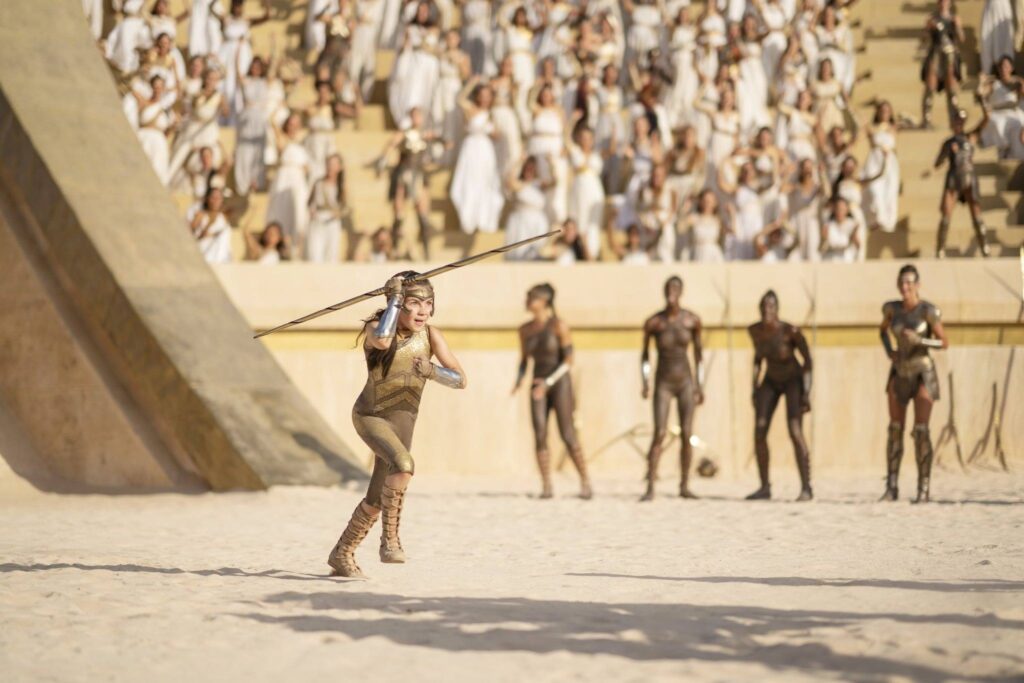