I didn’t realize there was so much math in pattern design. Math I have been managing to resist so far, but I think at some point, I’m going to have to give in and actually do some.

To get this to tile in something other than a simple repeat, which looks pretty blocky with those big pumpkin motifs, I’m going to have to figure out what the measurements will be on the fabric, and try a half-drop, etc., and it’s just math. Math math math. I wonder if I can get Kevin to do the math parts for me?

(I’m not really anti-math, but I may have been slightly traumatized by failing calculus freshman year.)

Another problem with this pattern is that it works fine as a tea towel, but when I tile it for a tablecloth, it becomes obvious that it has an orientation, which is not really what you want for a tablecloth. Maybe the blocks of marching pumpkins are all right, but I want to at least go in and turn some of the words around before I make it available for sale as fabric. 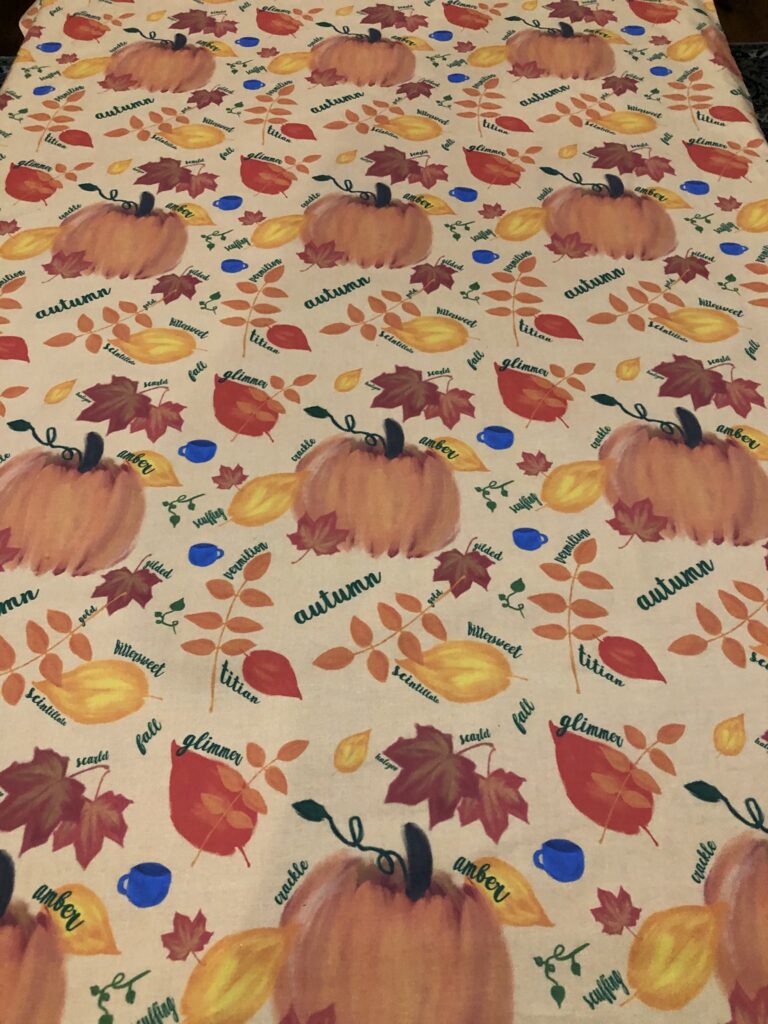