Tomorrow is election day in America. I’ve been re-watching The West Wing all the way through — I have it half-memorized at this point, since this is at least my fourth rewatch. I’ve just gotten to the point where Republican Walken is saying to C.J Cregg that he truly believes “the things that unite us are far greater than the things that divide us.”

On a fundamental level, I think that’s true. Not just for Americans, but for people, for human beings. We want our children to thrive. We want other people’s children to be safe, and healthy, and get a decent education. We want every adult to be able to get a good job, one that’s enough to let us support at least ourselves, and ideally a family too. We want to take care of each other.

Every time there’s a natural disaster, or even just a neighborhood house fire, I see the generosity come pouring out. People who can’t quite afford it, chipping in five or ten or twenty bucks. People who can afford it, sometimes handing over thousands upon thousands. No one asks, when their neighbor’s house has just burned down, whether the people living there were Democrats or Republicans. They scrounge their homes for extra blankets instead, and clothes for a boy, age six, and a girl, age nine.

And yet here we are, clearly deeply divided. I’m not going to heal America’s divisions in one Facebook post.

I’m not even sure that’s the right goal — the divisions are valuable. They show us the deep cracks and fault lines in our society, our history, in human behavior.

We have built this country on a terribly sexist, racist, vicious past, a past now encoded in our laws, enshrined in our hallowed traditions. (If you haven’t read Ta-Nehisi Coates’s beautiful letter to his teenage son _Between the World and Me_, it would make some very fine election week reading.) Often that racism, sexism, classism, etc. is embedded in ways that are completely invisible to us, until someone takes our hand and leads us through the history and its consequences.

(Shout-out to the teachers everywhere — every semester, I have students indignantly asking me why they didn’t know about this stuff before. We’re working on it, kids. There’s a lot to cover, and only fifteen weeks in the semester.)

We want to be good. We want to be generous. Too often, though, we don’t listen to our better selves. Or we’re just too caught up in our own perspective, our own pain, to be able to understand or even see someone else’s experience.

When an election comes along, and my liberal neighbor says to me that yes, he generally supports raising taxes for the social good, but the last few years have been really hard, and right now, he and his young family are putting their house on the market because they just don’t know if they can afford to stay — well, that gives me pause and slows me down a little.

It reminds me that even if I lean pretty heavily democratic socialist in a lot of ways, I do want to stop and ask what the cost will be. I’ll likely still push for raising taxes in the end, because I think eventually, it’s going to help more people. Spreading out the costs of public goods (like libraries, schools, essential infrastructure, and oh god, health care) should, if done right, end up saving all of us money across the board. It’ll also, importantly, help the most marginalized first, the ones whose suffering is most intense.

(If you’re in Illinois, please, vote for the Fair Tax. Having a flat rather than a graduated tax is hurting us so badly — that’s why, among other things, we end up using property taxes to try to compensate for the dismal state of school funding here (#50 in the nation; IL contributes less than 20% of the money for educating public K-12 students. The national average for states is 45%). The Fair Tax will let those who have more, chip in a little more. It’s just the right thing to do.)

But if I push for those raised taxes, I want to do that in full knowledge of whom it’s going to hurt. I want to understand and acknowledge their worries about corruption and misspent funds. I want to hear their stories about how government has failed them, again and again. I want to do what I can to mitigate their pain, and address their concerns.

The divisions made visible during an election (or even just while arguing out a library board budget) can be painful, but they also push us to be better. They let us see the issues that most affect each others’ lives.

Are you terrified for you and your daughter’s reproductive rights, with a new Christian fundamentalist judge on the Supreme Court? Are all your gay friends rushing out to get married right now, in fear that right may be taken away again?

Do you prioritize racial equity? Do your white neighbors think it’s equally important? What about when your gifted kid sees the gifted program go away, because all the research is showing that it’s never applied in a racially equitable way? Are you willing to have your kid succeed, if it means stepping on someone else’s child along the way, or are you willing to give that advantage up?

These aren’t easy questions. We’re pretty hard-wired to protect ourselves and our families first, and when times are hard and resources are scarce, it’s not surprising that most people will make choices that are often pretty selfish.

But here’s the thing — we’re not living in a tiny village isolated from the rest of the world, with seven years of drought and a potato blight leading to widespread starvation. I write science fiction, and sometimes my characters are on a space ship, and the cold equations dictate that you might just have to throw the stowaway girl out the airlock so there’s enough fuel for the rest to eventually land the ship safely. In those circumstances, maybe yes, people will make the self-centered choice.

But we don’t NEED to make those choices. Not anymore.

America is, overall, tremendously wealthy. The wealth has gotten concentrated in too few hands (Fair Tax, please). And it’s easy, living your day-to-day life, to spend on pleasure, if you have the discretionary income for it. But I think very few of us would actually spit in the face of a homeless person as we went to sign the papers on our new house. We want them to have a home too, a roof over their heads, food on the table. Winter is coming.

So why are we so divided? It’d take too much space to go into the current differences between Democrats and Republicans as political parties, or the ways in which both parties have changed dramatically over the last few decades. (Republicans used to be the party of small government and fiscal responsibility. Not anymore, my friends. And Democrats used to stand up for the working man. We could do better at that, folks. (Working *person*.))

I’d like to ask you to look at the actual things your elected officials are standing for. What’s the party platform? What do they personally, vehemently, believe in? What will they advocate for? Are their visions what you want for yourself, for your neighbors?

Historically, one way to think about politics is to say that conservatives value the good things we have, and want to preserve them, while liberals imagine how much better things could be, and want to fight for that future. The thing is, those are both laudable goals.

We *should* preserve the good things we have — we should also work to make sure that more of us get to have them. Yes? I hope, whether you’re identify as a Democrat or a Republican or something else altogether, you can get behind that.

After that, it gets tricky, no doubt. We argue about methods, about whether the best path to general economic security is raising the minimum wage, or bolstering small business, or giving monumental tax breaks to giant businesses.

(Please, somebody get the economists to actually agree with each other on something with scientific validity and then communicate it coherently to the rest of us. At least now we’re all agreed that trickle-down theory has proven to be a bust, right? And that austerity approaches sound good on paper, but end up hurting more than they help, like eating your seed corn).

We also argue about the facts on the ground (How is this disease transmitted, really? How much money are we spending on healthcare, and should insurance companies be getting any of it? Can America really afford Medicare-for-All? (I think yes, absolutely)).

Arguing out the details — well, that’s the work of a grown-up civil society. We should argue it out, and look to evidence-based science to help us with our arguments, and listen to the experts (but also look at who is funding those experts). This is the work that we will be doing for probably as long as human beings survive. To do that, we have to talk to each other.

A lot of my friends are pretty hard-core leftists, in one form or another — generally not just liberal, but pretty far left progressive. (So am I, just to be clear.) I suspect many of them are reading this and thinking that the time for talking to the other side, for winning hearts and minds, has passed. Right now, it’s all about getting out the vote from ‘our side,’ and yes, absolutely. The day before the election, you should absolutely be focused on that. Anyone local need a ride to the polls tomorrow? Message me. We’ll get you there.

But tomorrow will be the election, and the next day we’ll be kicking off four more years until we do this all again.

I guess I’m in it for the long game. I think if you scream at people, they tend to reflexively get rigid, and harden into their positions, often positions that are just a bunch of unexamined attitudes and assumptions they inherited from their parents and communities. That ends up making the path to progress longer and harder.

If we’re going to do as Dr. King suggested, and bend that long arc towards justice, a good place to start is to talk to each other. To say, “I want my kids, my family, my community to be safe and healthy and thriving. I want the same for your kids, your family, your community. Let’s talk about how we get there, together.”

Here’s my ask for this post. If you’d like, I’d love to hear what you’re voting for in this election. I hope there’s some good change you want to see in the world. What’s motivating you to vote this time around? What’s getting you out of your chair and into the street? Is it a single issue that has your heart, or a broader vision?

If you want to tell us about a candidate you’re thrilled by, or even one you think is the hold-your-nose-best-option-on-the-table, that’s fine too. (I’m pretty excited to be voting for Kamala Harris, myself.)

But mostly, what do you hope will come out of this election? Talk to me.

And hey, if you’re not American, you get to play too. What do you hope for, for yourself, your community, your country, your planet? We’re all in this together, folks. That becomes more true, every day.

P.S. I have neither time nor patience for moderating acrimony today. Sometimes I can manage it, but this is a hard week, and I just can’t. So please keep this conversation polite and civil, or I will likely delete your comment. Thanks. 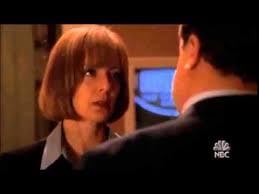